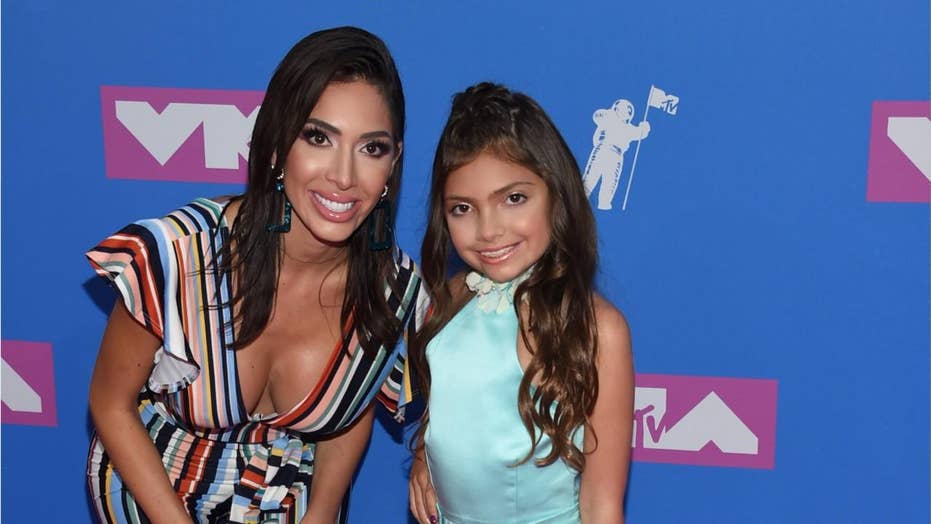 Farrah Abraham is dismissing criticism after posting a Snapchat video of her 9-year-old daughter, Sophia, dancing in a bra and underwear. The video showed Sophia dancing around in what appeared to be a dressing room of a New York City Nordstrom store. Abraham shook off the critics, saying, ‘I know my daughter and I are living our best lives wearing Calvin Kleins.’

Farrah Abraham is sticking up for actress Jessica Biel after she was accused of being anti-vaccination.

Abraham weighed in on the backlash after Biel joined Robert Kennedy Jr. at the California State House to oppose the bill known as SB 276. The bill pushes for greater oversight of medical exemptions from vaccinations for children in the state. Existing law requires parents to file a written statement provided by a physician in order to exempt their child from vaccination. The proposed bill would require a form signed by an official from the State Department of Public Health.

"I think it's all good with the anti-vaccinations," Abraham told TooFab while standing with her daughter, Sophia. "With Sophia, it's like, 'Do I want to do vaccinations? Do I not?' It's like, 'Is she going to get sick?' You know some kids have died from vaccinations." 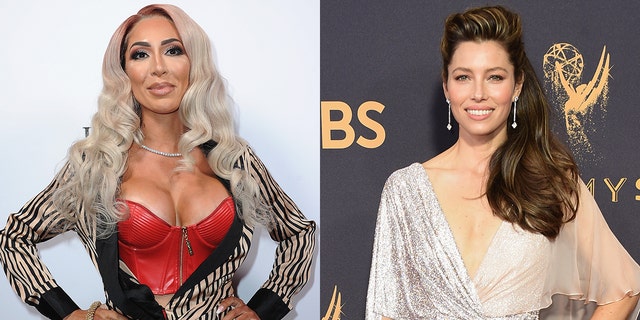 Abraham went on to compare the decision to vaccinate one’s children to the decision a woman has to have an abortion.

"So I understand that some parents feel that there should not…it's a parent's choice, just like with pregnancy, it's the woman's choice. So however you feel it's going to," she continued, "benefit your family or you, then make the right choice. So I think Jessica Biel is bringing light to that."

Biel renewed the already-heated conversation about vaccinations when she appeared alongside Kennedy Jr. However, after she faced backlash for her political activism, she took to Instagram to explain that she is not against vaccinations.

“I support children getting vaccinations and I also support families having the right to make educated medical decisions for their children alongside their physicians,” the actress wrote alongside a photo of herself at the state house. 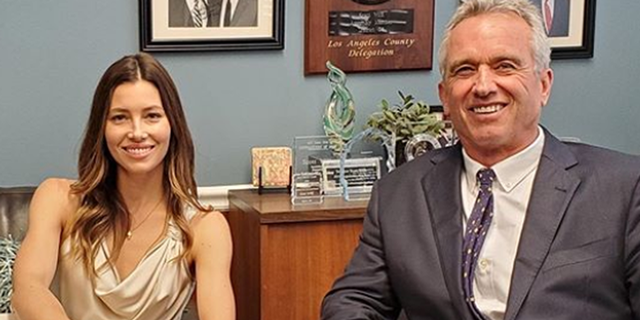 She continued: “My concern with #SB277 is solely regarding medical exemptions. My dearest friends have a child with a medical condition that warrants an exemption from vaccinations, and should this bill pass, it would greatly affect their family’s ability to care for their child in this state. That’s why I spoke to legislators and argued against this bill. Not because I don’t believe in vaccinations, but because I believe in giving doctors and the families they treat the ability to decide what’s best for their patients and the ability to provide that treatment.”

When asked directly about Biel’s stance on the matter, Abraham stuck up for the “7th Heaven” star.

However, she was quick to note that Sophia did indeed get all her shots.

“Sophia has been vaccinated," she confirmed. "Luckily we haven't had any issues you know from going to schools. Now she does online schooling."

Emma Thompson: ‘You don’t have to have babies to be a complete woman’