An honorable sendoff. In the wake of Kobe Bryant’s fatal helicopter crash, fans of the Los Angeles Lakers legend are petitioning to get the National Basketball Association to update its logo to honor the fallen player.

The cause, titled “Petition to Make Kobe Bryant the New NBA Logo,” first appeared on Change.org hours after the 18-time All-Star died on Sunday, January 26. As of Tuesday, January 28, the movement has garnered more than 2 million signatures. 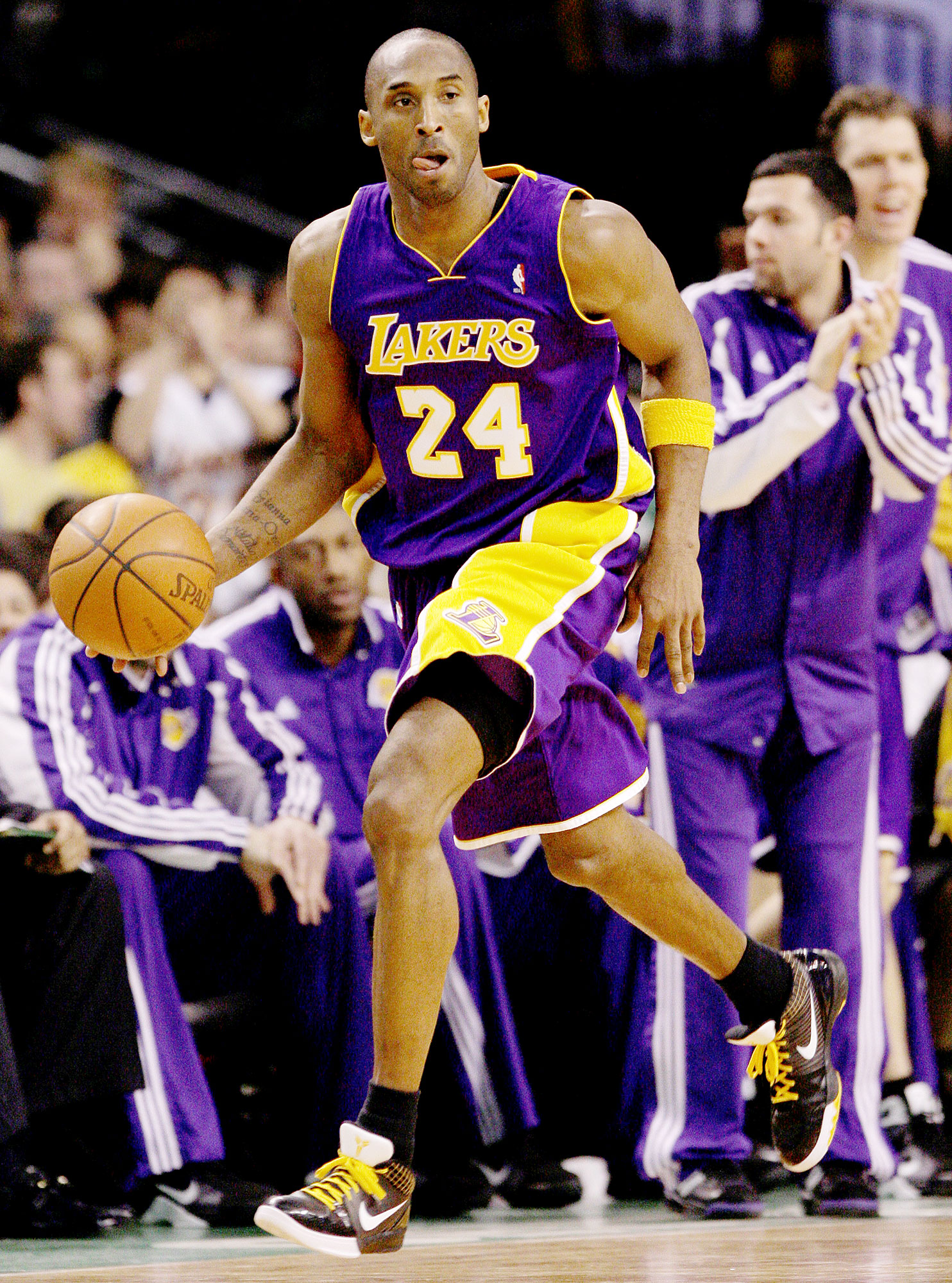 “With the untimely and unexpected passing of the great Kobe Bryant, please sign this petition in an attempt to immortalize him forever as the new NBA Logo,” creator Nick M. wrote on Sunday. In an update, the petition also advised supporters not donate to the cause because the “funds do not benefit” the petitioner or the initiative.

The petition features a viral photo created by graphic designer and digital artist Tyson Beckof, in which Bryant is shown dribbling in a picture that’s in the style of the current NBA logo. Following the movement’s success, Beck spoke out about the importance of changing the current logo — which stars fellow Lakers legend Jerry West — to show Bryant.

“Kobe is everything that represents what basketball truly stands for,” Beck wrote via Instagram on Tuesday. “He is the modern day global ambassador of the game. The reason why I would chose a dribbling pose over a fadeaway or dunk silhouette is that the change is minimal, respectful and something all fans could be happy with.”

The NBA’s current silhouette logo of West, 81, was designed by Alan Siegel in 1969. West previously nominated Michael Jordan to replace him on the logo, telling the Huffington Post in 2015: “He’s been the greatest player I’ve ever seen. And I’m probably a harsh judge of talent, in the sense that I admire players that are really good defensive players and really good offensive players. . . . And he made his teams win.”

West drafted Bryant to the Lakers back in 1996, resulting in the Pennsylvania native becoming a five-time NBA champion during his 20-year career with the California-based team. The Los Angeles Clippers executive spoke out about the devastating news regarding Bryant’s death during an ABC/ESPN special on Sunday. “One of the worst days of my life. The only thing I can compare it to is I had a brother killed in Korea. I’m just devastated by this news,” West said at the time.

“This was a man for all seasons,” he continued. “He was more than an iconic basketball player. He was someone who inspired millions of fans. Not here in this state, not here in the United States — all over the world.”

Bryant died on Sunday along with eight others, including his 13-year-old daughter Gianna, in a helicopter accident in Calabasas, California. The athlete’s private rotorcraft crashed into a hillside, causing it to burst into flames. He was 41.

Starting a Business in 2021? Nine Great Reasons to Explore the Culture Space

Hannah Jeter gained 70 lbs & 55 lbs with her two pregnancies: ‘I went into hiding’