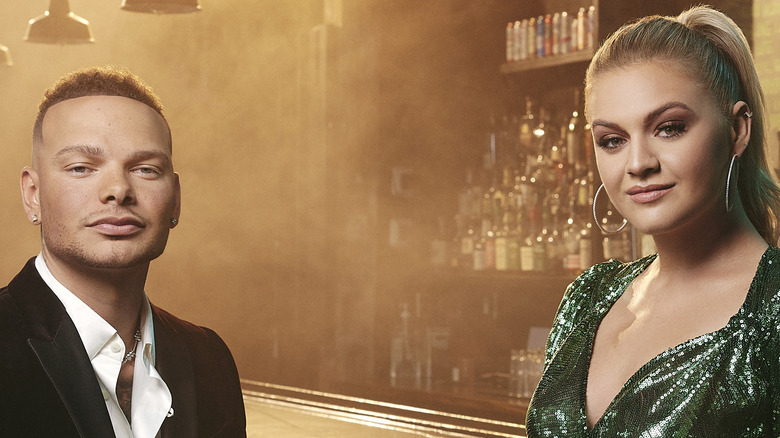 The CMT Music Awards aired on Wednesday, June 9, and country music fans are already buzzing about the performances, the presenters, and of course, co-hosts Kelsea Ballerini and Kane Brown. Both Ballerini and Brown received an impressive three nominations each, including the show’s coveted Video of the Year Award. Ballerini’s hit song, “hole in the bottle,” was up against Brown’s popular song, “Worldwide Beautiful,” as well as Carrie Underwood’s collaboration with John Legend, “Hallelujah,” and Keith Urban and Pink’s “One Too Many” (via Billboard).

While Brown and Ballerini also gave stellar performances during the show (via CMT), viewers couldn’t help but wonder how the stars really felt about each other while co-hosting one of country’s biggest nights in music while they were up for the same award. “As if Kelsea overacting and Kane underacting wasn’t bad enough already,” one disgruntled Twitter fan wrote of the pair’s chemistry on stage, while another viewer disagreed, writing, “Little monologue thing going on with Kane and Kelsea. We’re not winning any comedy awards here but not too bad.” 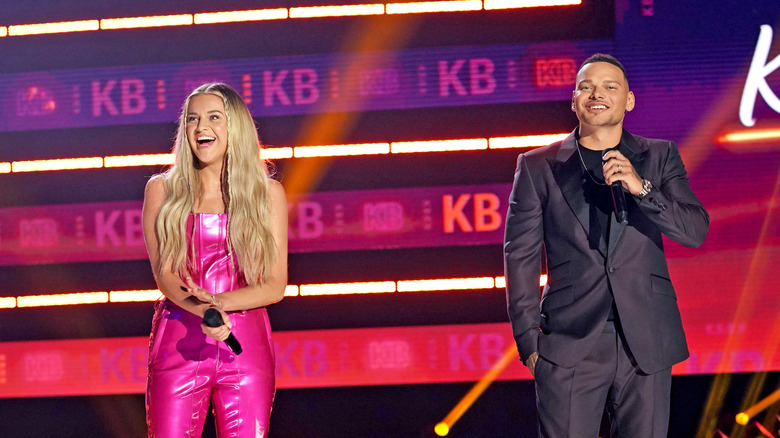 Body language expert Jason Lee, who is a former professional poker player and is currently a relationship science and data analyst with Healthy Framework, weighed in on Kelsea Ballerini and Kane Brown’s body language while the stars shared the stage all night, and had some interesting observations about their interactions. “It’s always interesting to me to see how entertainers interact when they’re competing for the same award because it can tell you quite a bit about their personalities,” he revealed, adding that Ballerini and Brown’s banter at the start of the CMT Music Awards was “pleasantly surprising.”

“Even though jabs were getting thrown about the award, both of these two displayed signs of genuine happiness during the exchange. We saw relaxed postures, genuine ear to ear smiles, and zero signs of nervousness or animosity,” Lee continued, noting that Brown and Ballerini are “good sports.”

“I’d go a step further and say that these two aren’t super competitive and are equally excited about the idea of their competition winning as they are about themselves winning,” he revealed. “It’s heartwarming to see two competitors competing for career-defining awards being this supportive of each other.”

Becky G Dishes On The Importance of Voting In 2020

Critics Choice Awards: All the winners as the industry celebrates TV and film