Lawyers for former 2GB producer Chris Bowen have been making discreet enquiries about star announcer Ray Hadley in preparation for a lawsuit PS hears could be filed as soon as the end of June.

Part of their investigation has been to compile witness accounts in the form of affidavits to be used in court against Hadley.

In March, Bowen made his bullying accusations against Hadley public in a series of Facebook posts. 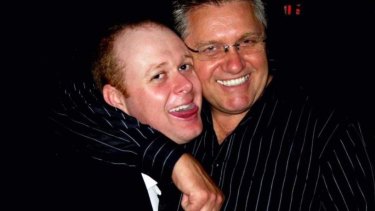 It is believed Chris Bowen, left, will file a lawsuit against Ray Hadley by the end of June.

He subsequently appeared on the ABC's 7.30 program to make more claims against his former friend Hadley and was joined on camera by another of Hadley's accusers, ABC rugby league caller Andrew Moore.

In April, it emerged that Bowen had engaged the services of Laxon Lex Lawyers’ John Laxon, a highly-regarded workplace law solicitor.

Based in Pyrmont, Laxon previously faced 2GB and Hadley in court, having represented former 2GB employee Richard Palmer in 2014 over his sensational bullying allegations against Hadley that became front-page news.

Eventually, Hadley reached a settlement with Palmer who had secretly recorded the star announcer's incendiary and abusive tirade.

Hadley made a full apology and public declaration – on air – that he would change his ways.

However, PS revealed that three new accusers – spurned on by Bowen and Moore's claims – had come forward in recent weeks to file complaints alleging they were treated poorly far more recently by Hadley, and well after he claimed to have changed his behaviour.

Adam Lang, the chief executive officer of 2GB parent company Macquarie Media, which is majority-owned by Nine, the owner of this masthead, has previously declined to comment on Hadley, saying confidentiality policies around such matters meant he was unable to confirm or deny if any complaints had been made.

However, PS was told this week that Hadley has made overtures to at least one of the complainants since PS made the revelations and that the matter would not go any further. 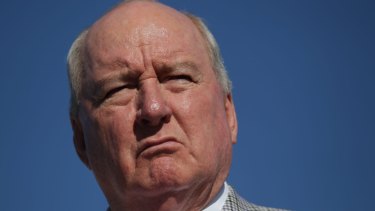 This week’s announcement that stablemate Alan Jones had re-signed on a two-year, $8 million contract to remain at the helm of his breakfast show may also have an impact on one of the other complaints against Hadley.

One of the sticking points in Jones' protracted negotiations was that he keep all his team, which PS understands is around six full-time research and production staff. Among them is the individual who lodged one of the complaints against Hadley.

And while PS has previously reported about the thawing of relations between Hadley and Jones, 2GB insiders say that the situation remains fraught given Jones' presence has thwarted Hadley's plans to take over the key breakfast slot.

Hadley announced he had signed a new five-year contract with Macquarie last Christmas, and that Hadley would receive a "breakfast bonus" to take over Jones' slot, meaning his salary would jump from around $2.5 million a year to more than $3 million.

Hadley has made overtures to at least one of the complainants since PS made the revelations.

Jones appeared on Sky News on Tuesday night to talk about his decision to stay put at 2GB with fellow announcer Ben Fordham. On Wednesday, he appeared on fellow 2GB personality Chris Smith's afternoon radio show to talk about it further.

While Hadley offered a few warm words on his show about Jones this week, the pair are yet to actually breathe the same studio air at the same time. PS looks forward to hearing that reunion.

Hats off to the Rich Listers

Getting billionaire property developer Harry Triguboff's exact head measurements was no easy feat for The Australian Financial Review Magazine editor Matthew Drummond and his team as they compiled this year's Rich List. 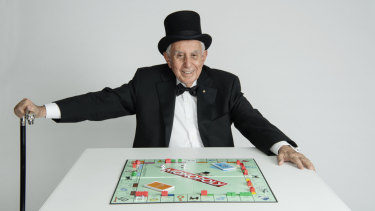 The king of Meritonia, Triguboff, (ranked No.3 with $13.54 billion) along with fellow gazillionaires Anthony Pratt (No.1 at $15.57 billion), Jack Cowin ($2.79 billion), Lang Walker ($4.67 billion) and Justin Hemmes (88th on $1.06 billion) are among those moneybags who agreed to pose in a series of entertaining portraits for the special issue.

"We needed Harry's hat size because when we thought about what has been happening in the property market, the slide in prices, who's buying, who's selling, we kept coming back to the idea of Monopoly … Harry was the ultimate Rich Uncle Pennybags, he just needed a top-hat."

In an ode to his Dutch heritage, Hemmes features in a still life worthy of a Master, the bar tzar even borrowing a lobster from the kitchen at his hot-spot Ivy for the shoot. 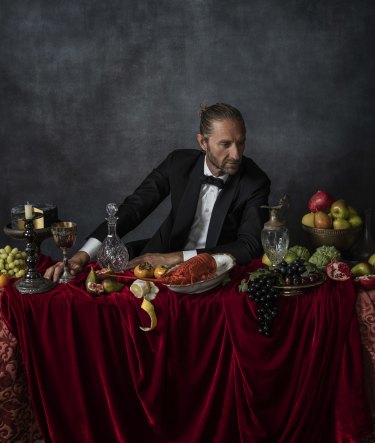 Anthony Pratt's private jet had to be moved to just the right spot to ensure it was in the best light for his shot on the tarmac while Jack Cowin agreed to gobble down one of his Hungry Jack's Whoppers (he's actually a regular at the Oxford Street outlet) while Lang Walker went all Island of Dr Moreau in his Panama hat in the waters off his luxury private island Kokomo in Fiji. 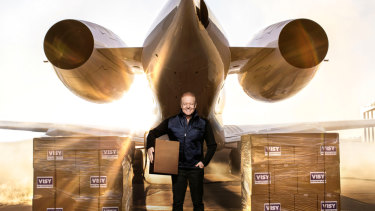 Anthony Pratt has raced ahead of the Rich List pack in 2019.Credit:Alina Gozin’a

Drummond says next year his dream portrait is to convince a so far reluctant Gina Rinehart to pose.

There's no excuse to sit around idly waiting for Sydney's property downturn to pass, as evidenced by tireless agent Gavin Rubinstein's inexhaustible Instagram feed which rivals that of Taylor Swift or Kim Kardashian when it comes to shameless self-indulgence.

Pint-sized Rubinstein, or "The G" as he likes his mates to call him, also appears to have inspired a rather amusing parody account by a fictional agent going by the name of Dick Slider, who echoes many of the feel-good, positive vibe mantras Rubinstein likes to post. 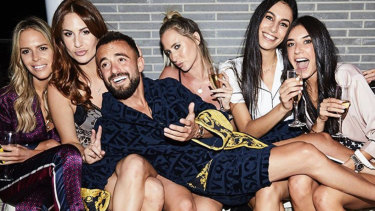 PS's favourite is: "Where focus goes energy flows", accompanying a shot of "The G" being chauffeured about in a Rolls Royce. Subtle, no?

And then there are the party shots from his pyjamas-themed birthday bash last year, with "The G" spending the evening in his flowing Versace robe surrounded by admiring ladies.

And while rival agents have been sneering about how "The G" keeps his designer sneakers perfectly white, rumours one of his minions – though Rubinstein denied to PS it was his "bodyguard" – carries him from the car to his house opens appear to be off the mark. 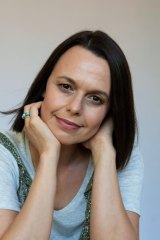 However PS did hear about the "7-foot lump of muscle" who had to restrain one of Rubinstein's admirers from approaching him at The Woollahra Hotel not so long ago.

This week, an announcement came out about the promotion of Jessie Stephens as Associate Editor at Mamamia.

She had previously been weekend editor at the publication and, even more interestingly, is currently dating Freedman's eldest child, son Luca, who has had something of a meteoric rise in the ranks and is now running Freedman's burgeoning "influencer" talent agency. 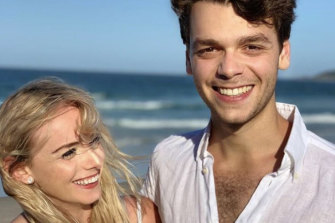 Rounding out the cosy office of 80 is word that Freedman's bestie Lisa Wilkinson's daughter Billie is working as an editorial assistant.

No word on when Freedman's other two children, both still school-aged, will be joining the business, but surely it won't be long?

After nearly a decade as CEO of Cancer Australia, Dr Helen Zorbas AO has decided to leave the prestigious position at the federal government agency when her current term expires on July 2. 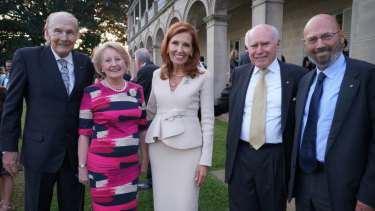 Last week, she was honoured at an afternoon tea at Admiralty House by former Governor-General Sir Peter Cosgrove along with the new Governor of NSW Margaret Beazley, former PM John Howard and the recently named Ambassador to the US Senator Arthur Sinodinos.

Angelina Jolie 'Lights Up' When Talking About The Weeknd – & He's 'Pouring On The Charm'! DETAILS!

Andrew Wiggins Caves In To COVID-19 Vaccine Pressure, Gets Jab