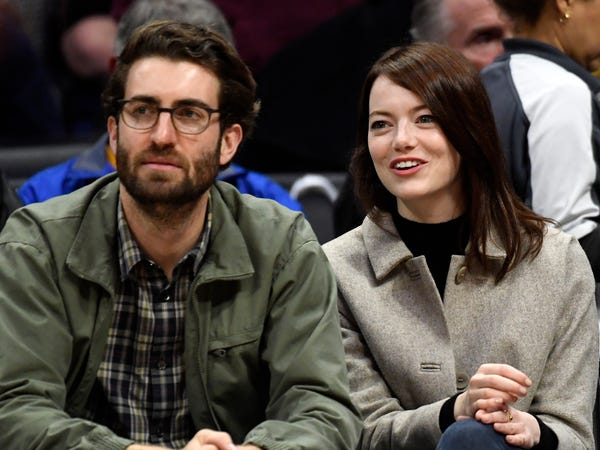 On Saturday, People reported that the couple quietly wed. Page Six also reported the news, months after reporting that Stone and McCary were supposed to exchange vows in March but postponed due to the coronavirus pandemic.

Little is known about the Oscar-winning actor's relationship with McCary.

The pair reportedly met when she hosted "SNL" in December 2016 and started dating the following year. They were photographed at a basketball game at the Staples Center in Los Angeles, California in January 2019. McCary also accompanied Stone to the SAG Awards that month.

McCary announced their engagement in December 2019, by posting a photo with Stone and her engagement ring on her finger.

Gem specialist Ben Khordipour of Estate Diamond Jewelry told Insider that Stone's engagement ring could have cost anywhere between $35,000 to $45,000. He also said that the ring appeared to have a rare, natural saltwater pearl in the center, surrounded by a floral halo of diamonds.

In May 2020, fans suspected that Stone secretly got married after they noticed a wedding band on her finger during a video interview with Reese Witherspoon. Stone and McCary were also photographed in September wearing matching bands on their ring fingers.

A representative for Stone didn't immediately respond to Insider's request for comment.

‘Little House on the Prairie’ Reboot in the Works at Paramount+