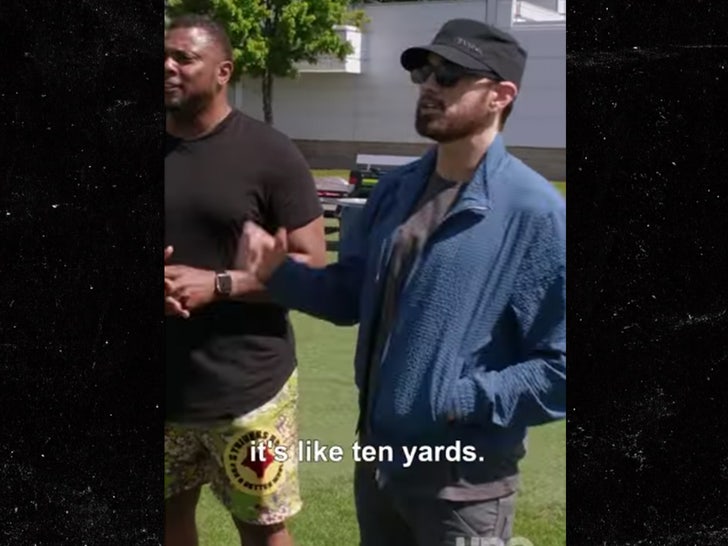 Dan Campbell and the Detroit Lions played host to a special visitor at practice last week — Eminem himself — and Jared Goff completely fanboyed at the sight of the real Slim Shady!

NFL Films captured it all on their “Hard Knocks” cameras … showing the rapper joking around on the sidelines of the team’s workout, all while Detroit’s star QB was in awe.

Goff could be heard on the camera’s mics saying to his teammates, “You see Slim over there? Shady? He might be on my list of, like, ‘Holy s***!'”

Em appeared to be having a great time … and even sarcastically said one of Goff’s deep balls was “almost” as good as his.

At one point, Eminem — who famously grew up in Detroit — even said he’d suit up for the Lions if they needed him.

“I’ll lace up whenever,” Eminem said. “Like, I’ll go to every game. I’ll stand on the sideline and if you guys need to put me, put me in.”

This isn’t the first time Em showed the Lions some love and vice versa … in 2018, Marshall Mathers was named the team’s honorary captain and helped with the coin toss on Monday Night Football.

The full “Hard Knocks” episode with Em and the Lions airs Tuesday night.