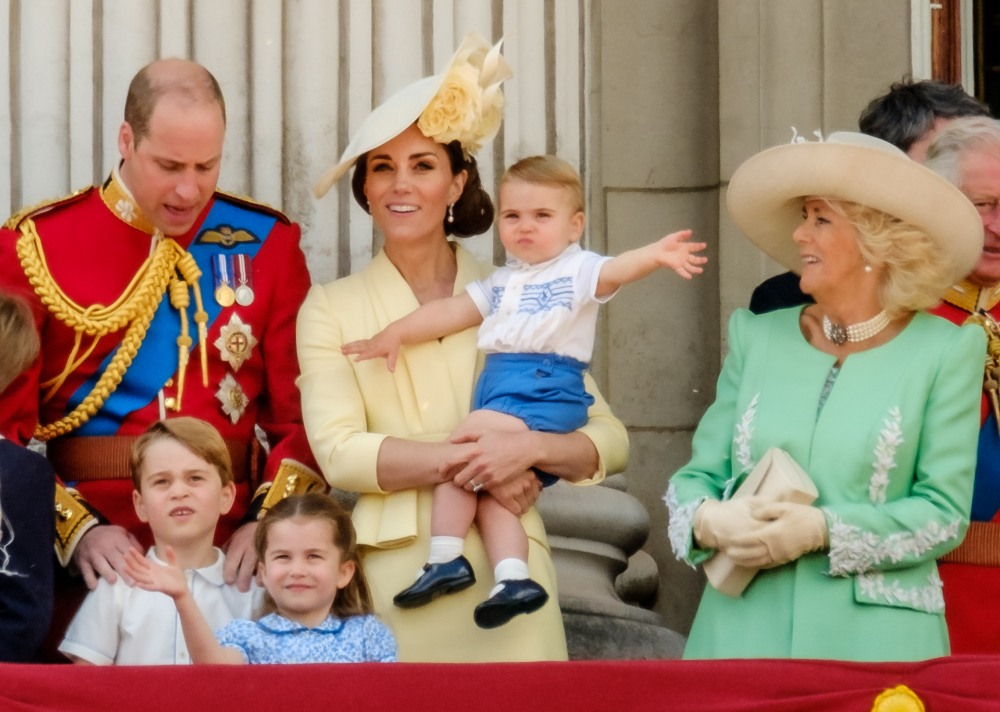 The Duchess of Cambridge and Prince William attended Trooping the Colour with all three children, as expected. The Cambridge kids didn’t get to ride in the carriage with their mom (Kate did the carriage-ride with Meghan, Camilla and Harry), nor did they get to ride on horseback, which is what William did for the event. I think Nanny Maria basically had to corral them at the palace and then the kids got to go on the balcony with mom and dad. This was Prince Louis’s first-ever time at Trooping the Colour – he’s about 13 months old, so it feels pretty young, but he was very well-behaved. I didn’t see any crying or tantrums, and he even waved at the planes as they flew overhead.

As for Kate, she wore a new suit by Alexander McQueen, although I thought this could have been a repeat because it looks pretty similar to several other McQueen suits she owns. This one was a pale yellow, and it featured an “interesting” coat, with a structured V-neck and a peplum. She did repeat the Philip Treacy hat though – she’s worn that hat several times before, including the Sussexes’ wedding last year. Also notable: she wore a pair of Bahrein pearl-and-diamond-drop earrings. Pretty. And she wore a large (for her) diamond crucifix.

Remember how Kate likes to throw in visible callbacks to Princess Diana? Well, she dressed up Prince Louis in the same outfit Prince Harry wore to Trooping the Colour when he was just a baby/toddler. I have a question about those throwbacks – are there, like, official baby-clothes archives somewhere in the Royal Collection and Kate has permission to take Harry and William’s baby clothes whenever she wants? I’m really asking. 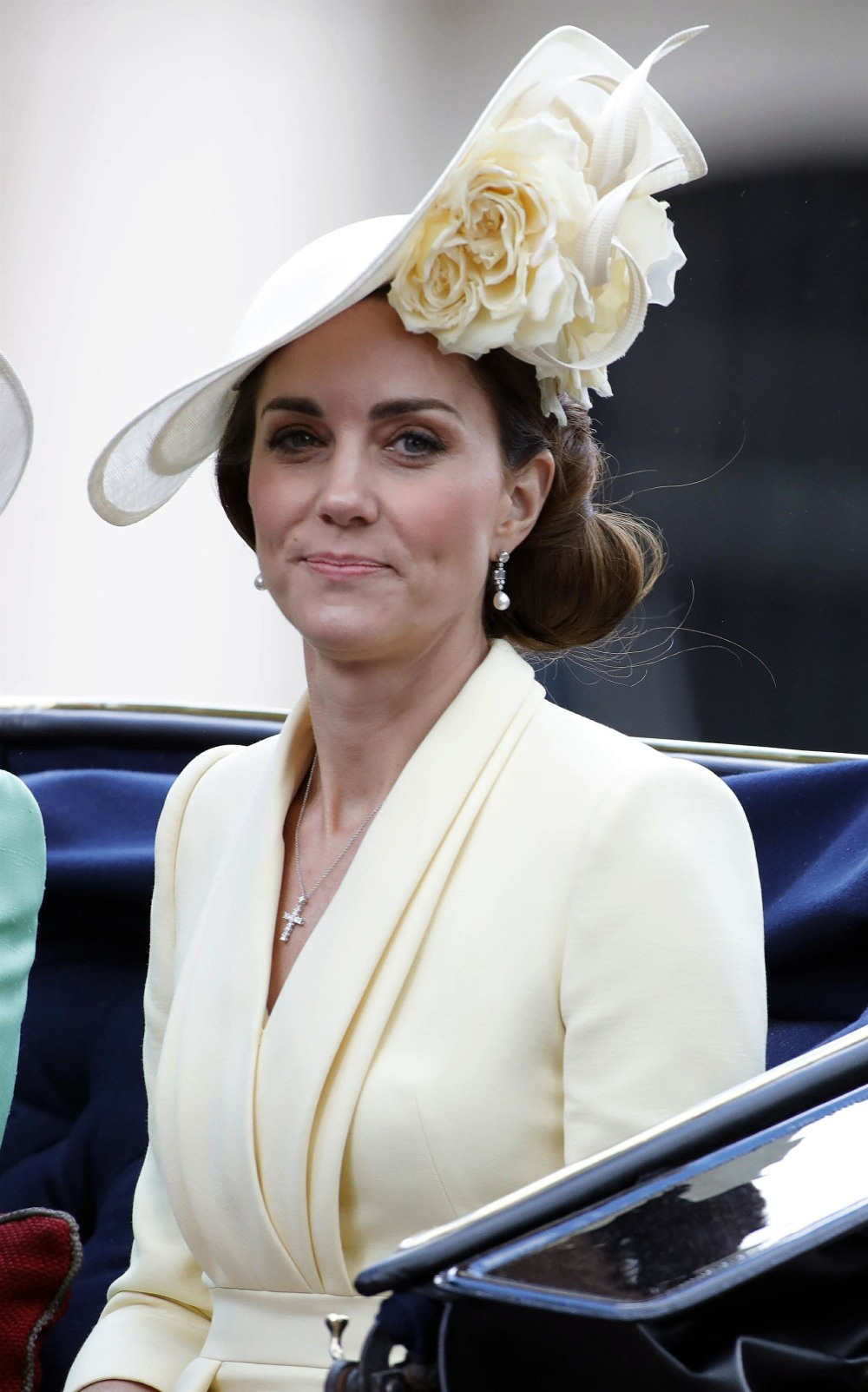 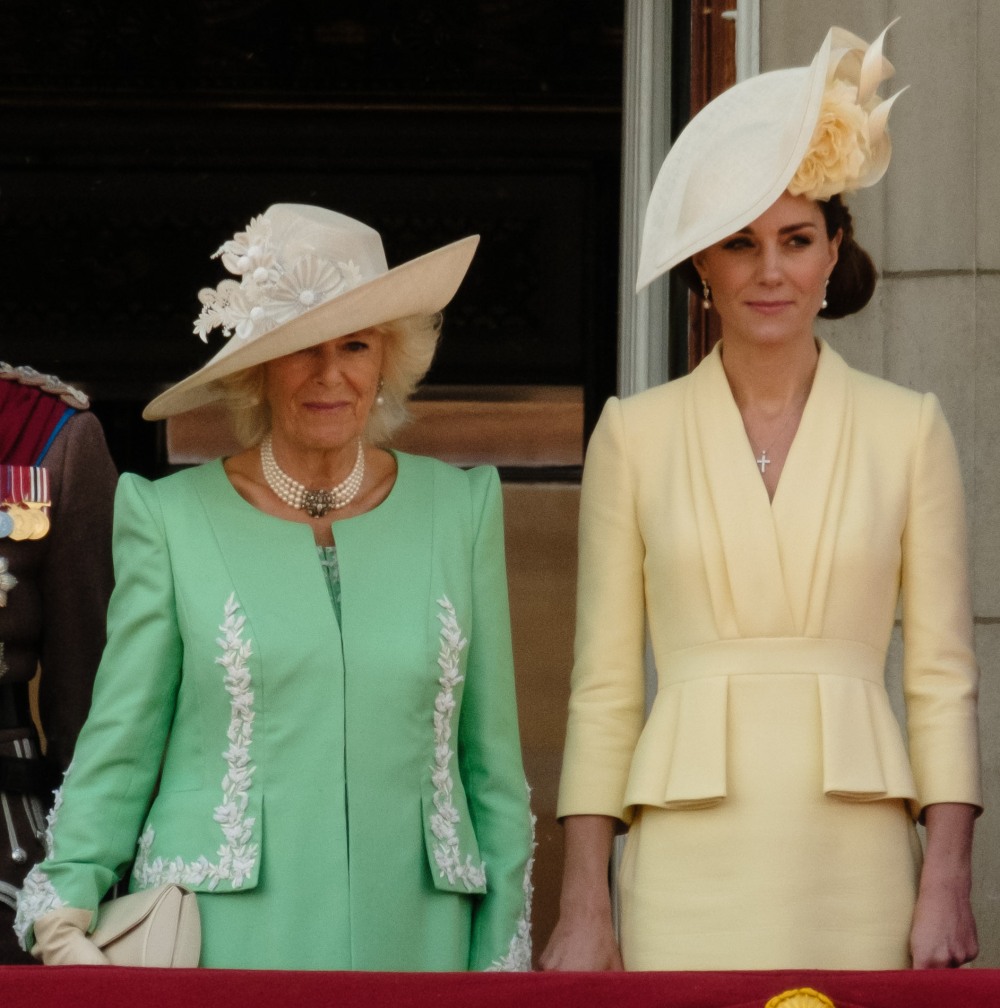 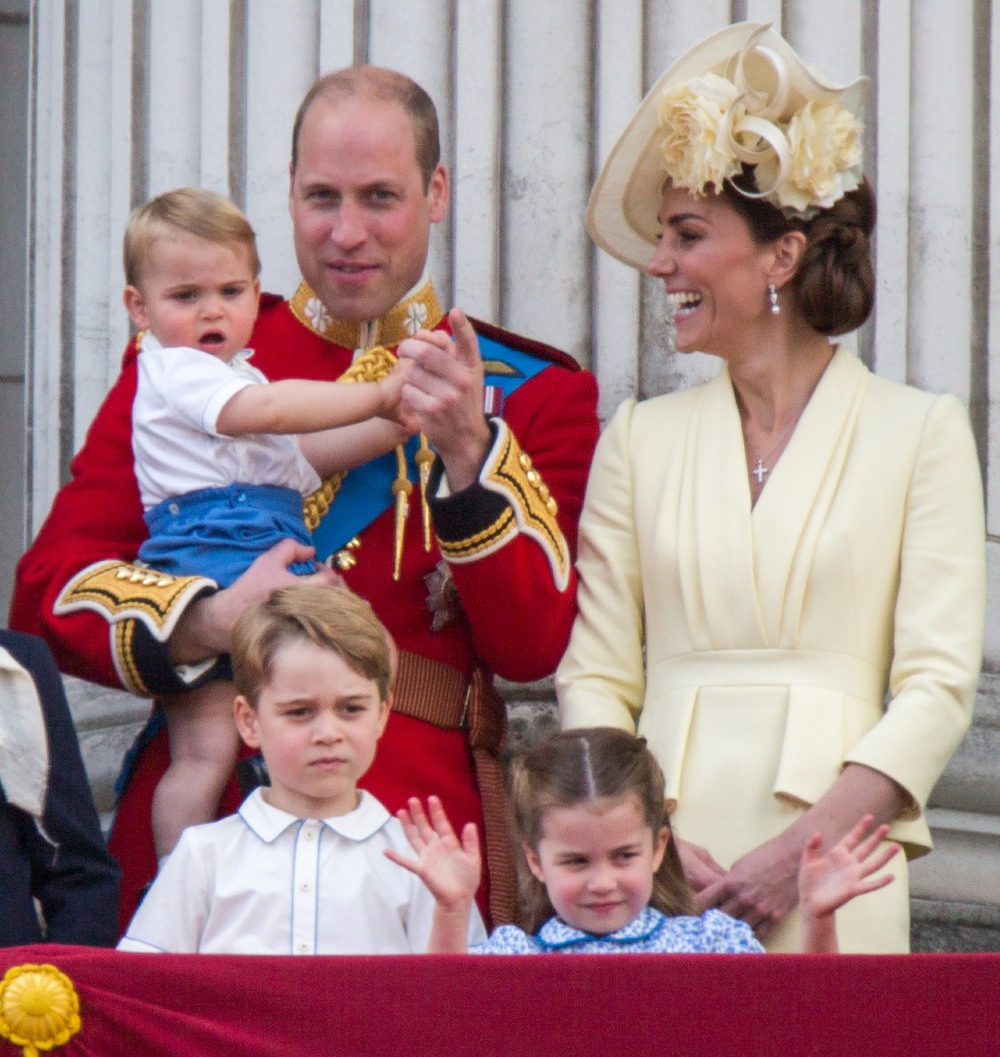 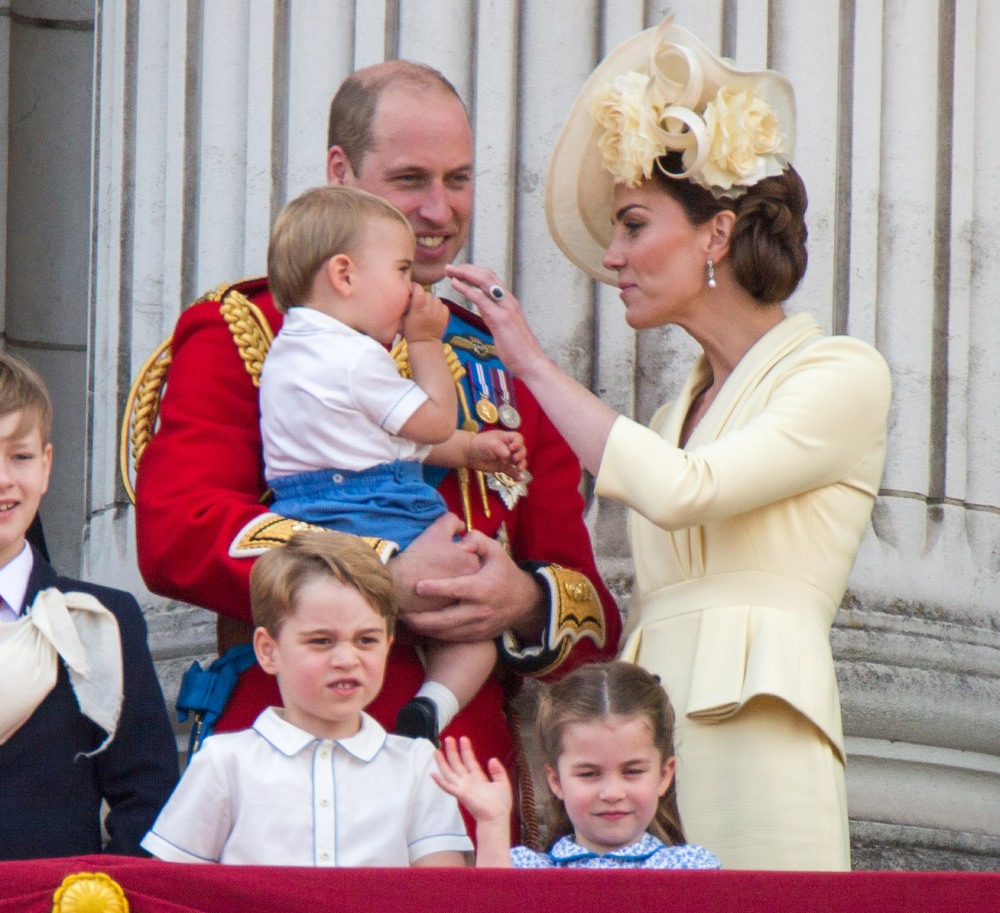