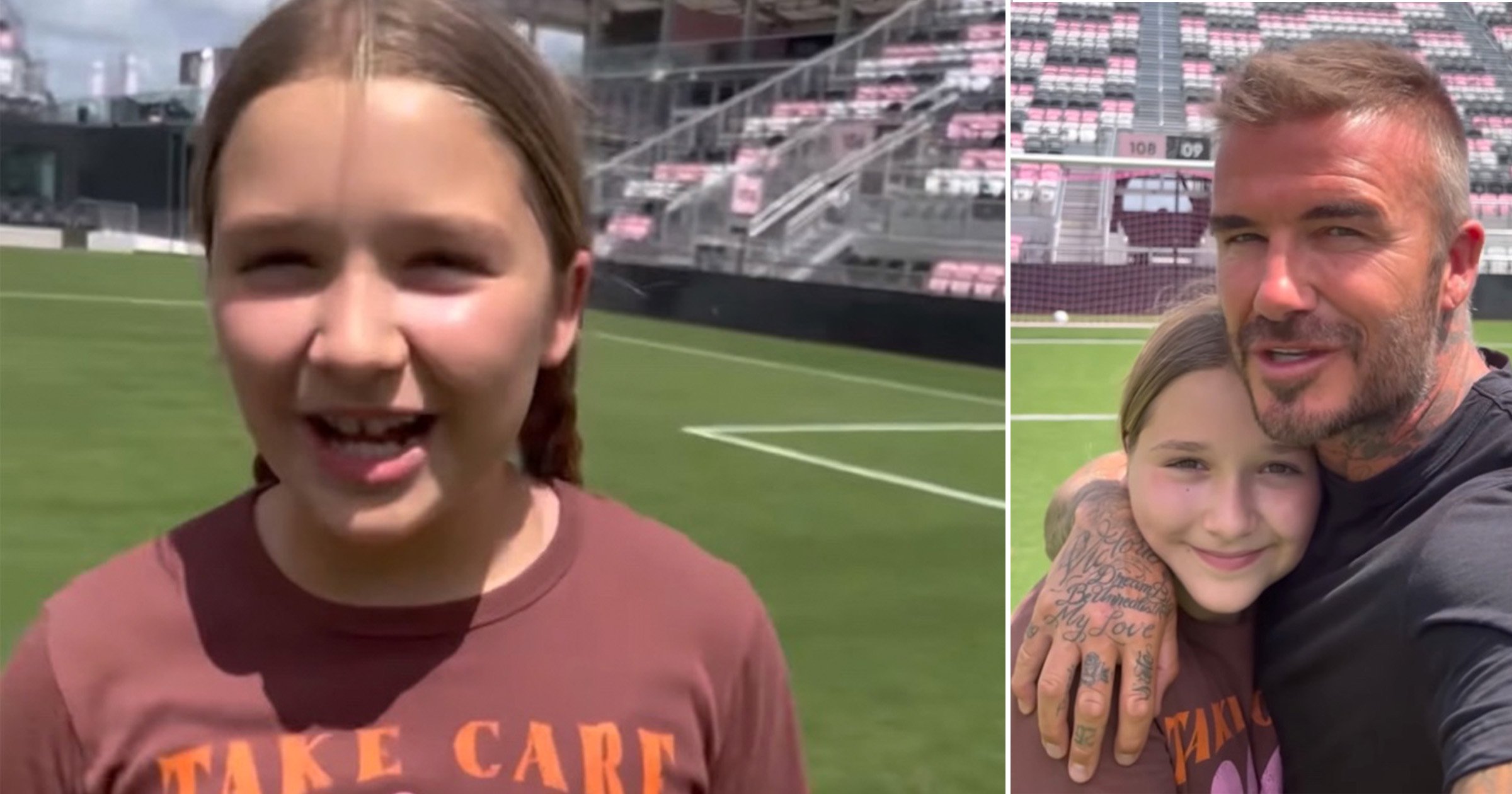 David Beckham has praised the England Women’s football team, the Lionesses, for inspiring his 11-year-old daughter Harper to play football.

The football icon has been open about his admiration for the Lionesses, who made the nation proud when they won the Women’s Euros this year.

The team will be honoured with an Inspiration Award at the Pride of Britain Awards for ‘galvanising’ the nation and providing a generation with ‘new role models’.

Opening up in a pre-recorded video message for the awards, which will take place on Monday evening, David, 47, said: ‘Thank you very much girls for inspiring my daughter and making her kick a ball around again ­­with her dad.

‘For me personally, having a daughter, I want her to look up to inspiring people… They inspired a whole generation, a new generation.

‘The amount of girls I was seeing in parks playing football, my daughter wanted to go out and play. That’s how inspiring it was for our nation.’

David added that it was an ‘incredibly proud moment’ to see the girls bring it home, ‘especially as an ex-England captain.’

He said: ‘It was an unbelievable moment. I was proud, we were all proud, because as you all know we tried many times to bring it home, and we couldn’t do it.

‘But we knew what it would mean to the country, and to our fans, and to the game.

‘To do it now, in our country, in front of our fans, I don’t think as a player there is any better moment to do it.’

Ian Wright, who has long been vocal about the importance of women’s football, will also praise the team’s ‘focus.’

‘We won on the biggest stage and in front of a home crowd. The tournament will forever be remembered for iconic moments including Alessia Russo’s back-heel and Georgia Stanway’s rocket,’ he said.

The Pride of Britain judges said: ‘This was a sporting moment that stood out for all the right reasons, brought to us by a team that encapsulates the very best of what it means to be British and at the top of their game.

‘The Lionesses are a team we can all be proud of – on and off the pitch.’

It’s not the first time David has heaped praise on the Lionesses, previously congratulating them on ‘uplifting the nation’.

Harper is known to share her dad’s love of the game as David previously shared a video of the youngster showing off her football skills as a child to mark International Women’s Day.

However, she’s not the only Beckham child to have a passion for the sport as David and Victoria’s son Romeo, 20, currently plays for Miami-based team Inter Miami II.

Deavan responds to concern about her dog, asks 90 Day Fiance fans to stop reporting her