Dan Walker, 43, shared a photo of his lockdown locks as his hair appeared decidedly longer than usual, which left some fans joking that he could be wearing a “wig” onscreen. The BBC Breakfast host admitted that his hair had grown rather wild as hairdressers around the country remained closed after the UK government ordered a third lockdown to slow the spread of coronavirus back in January this year.

Dan typed in view of his 674,000 Twitter followers: “Lockdown 3,” alongside a snap of his overgrown hair.

The star had attempted to style his locks in a similar style to his usual gelled look for his morning TV appearance.

Unfortunately, one of his fans pointed out that he had begun to resemble “Dennis The Menace”, in a hilarious reference to the animated character’s wild hair-do. 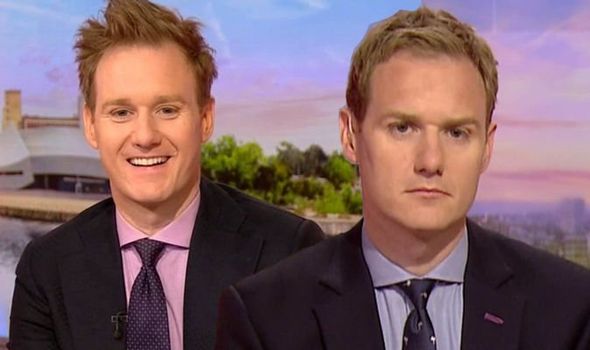 We will use your email address only for sending you newsletters. Please see our Privacy Notice for details of your data protection rights. Piers Morgan slams Boris Johnson’s ‘shocking’ COVID death toll apology

A second questioned: “Are you from Wig-on?”

While a third asked: “Seriously can you not have it done with your makeup at the BBC? Or are the hairdressers not allowed to work?”

Addressing the user’s comment, Dan responded: “We’ve been doing our own makeup since last March fella.”

However, others said they were grateful for Dan being able to laugh at himself during what has been a tough time for many.