Things got heated between DaBaby and DaniLeigh during a night at home on Nov. 14, and the rapper live streamed the back and forth, which concluded with the arrival of police.

Three months after the birth of their daughter, DaBaby and DaniLeigh‘s relationship issues took a toll as they got into a war of words on Nov. 14. DaBaby was live streaming as he and DaniLeigh went off on each other as she fed the baby girl a bottle in bed. DaniLeigh appeared to get upset with DaBaby for recording her, and she attempted to swat the camera away. After realizing that her ex was not going to stop filming, she put a pillow up to block herself from the camera. The entire time, she was holding her baby in her arms.

In a second live video, DaniLeigh is recording as police arrive at the door. “Where he at? He wanna call the f***ing cops on me for whatever the f*** reason,” she ranted. She continues to spew expletives and refuses to speak to the cops. “You can talk to him because he wanted to call you guys,” she tells the officer. After things died down, DaniLeigh went on her Instagram Live once again to try and explain her side of the story. She got emotional as she discussed the ups and downs of her relationship with DaBaby (the two started dating in 2020, but split at the beginning of 2021, although they appear to have tried and make things work since the birth of their baby).

“It’s just f***ed up,” she said, through tears. “Out of nowhere, bro. Out of nowhere. I’m trying so har to just…I tried to make this s*** work. I tried to for my baby. But this ain’t the best situation at all, bro. I deserve so much better. I really do. So I hope, God please, I pray this is the last situation because this s*** is not it. Every single time I come back into it. I completely love that man, but it’s not it. It don’t matter how much you love someone, if it ain’t right, it’s never going to be right. You can’t force somebody to be ready for something they’re never going to be ready for.” 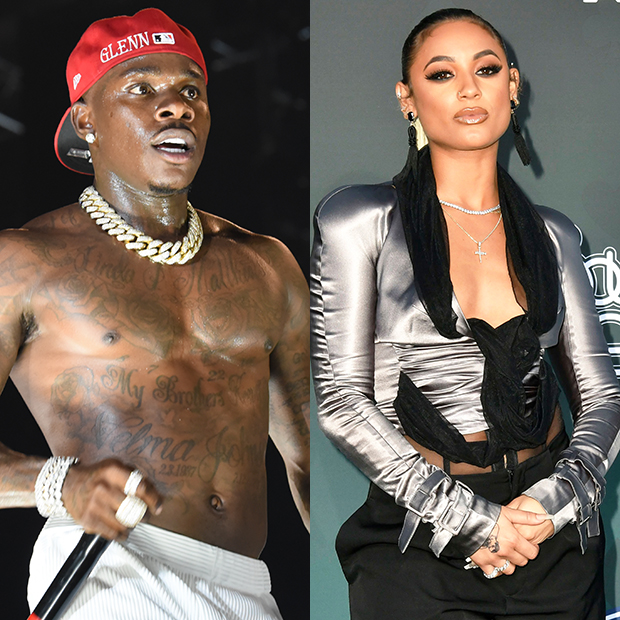 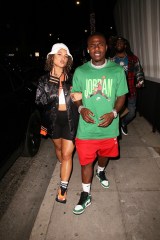 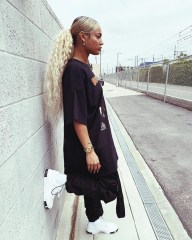 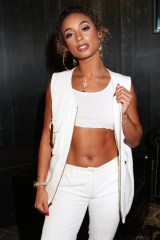 DaBaby released a statement of his own via his Instagram Story, as well, and explained that his decision to call the police came after DaniLeigh allegedly would not leave his home when he asked her to. “I would like to swiftly remove myself from any of the “hostile” behavior put on display moments ago,” he wrote. “This here has gone far enough for shawty to crash on her own and it saddens me because I still got a queen to raise. The last hour has been documented for my safety and business done based on my reputation. With multiple threats of setting up an Internet scheme and a person refusing to not let me go, me and somebody else knew to record her. I done been beat on and yelled at and chased around like one of them fatal love attraction type girl. But I knew to keep it together. End of the day, no big deal, I don’t want charges pressed or nothing, I just want her peacefully removed, which they need to hurry up and do as we speak.” He concluded his message by promoting his upcoming EP and tour.

However, DaniLeigh returned to IG to respond again, and insisted that she and her daughter had been living with the rapper for three months when he tried to kick her out out of nowhere. “Tonight he wanna come in the room talking about ‘I need to go’,” she claimed. She accused DaBaby of being mad at her for ordering Plan B to take as an emergency contraceptive, and she also alleged that he had been hooking up with other women while they were trying to work things out. “This man is a f***ing coward,” she added. “I’m sleeping after cooking him dinner and he wanna say I needa go! F*** you baby!!!”