While the rest of the world absolutely loses its mind over how instantly iconic Hulu’s upcoming Pam & Tommy miniseries looks, Courtney Love is not here for it. Courtney, who’s a close friend of Pamela Anderson, made it clear that she doesn’t support the miniseries in a lengthy Facebook post.

Courtney continued, “Last week I was asked to approve using a Rolling Stone cover of mine / shot by Mark Seliger in this piece of shit. That they had approved. I said ‘fuck no.’ shocked. Gentleman don’t approve this sort of thing.”

She ended her post calling out Lily James, who is playing Pamela Anderson in the series, saying “My heart goes out to Pammy ♥️♥️ further causing her complex trauma. And shame on Lily James whoever the f*ck she is. #vile.” 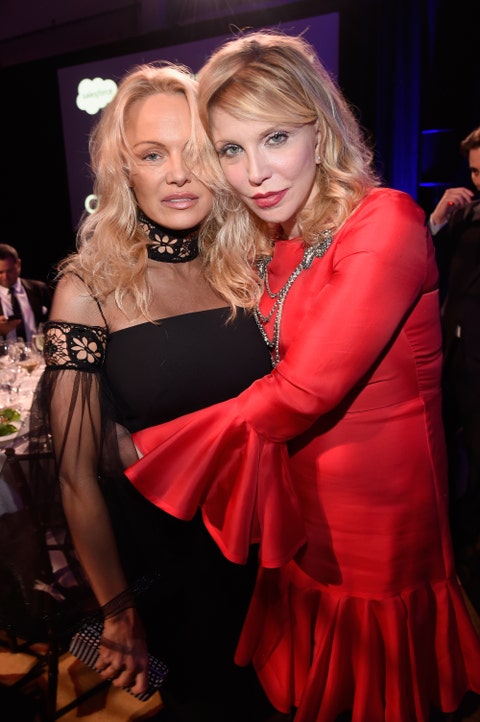 FYI, Neither Pamela Anderson nor Tommy Lee have commented on the miniseries, and Lily James hasn’t commented on Courtney’s harsh criticism.

According to Variety, Pam & Tommy will indeed focus on the true story behind the couple’s viral sex tape. And in case you’re curious Pam has spoken out about the tape before, telling Watch What Happens Live in 2015, “I’ve never seen it. I made not one dollar. It was stolen property. We made a deal to stop all the shenanigans. I was seven months pregnant with Dylan and thinking it was affecting the pregnancy with the stress and said, ‘I’m not going to court anymore. I’m not being deposed anymore by these horny, weird lawyer men. I don’t want to talk about my vagina anymore or my public sex—anything.”

Want more deets on your favorite shows? Yeah. We know you do. Check out all of our TV coverage here.

Ways the coronavirus is affecting these stars’ lives