Christine Lampard, 40, took the opportunity to speak about Frank Lampard’s, 41, new appointment as manager of Chelsea during the latest episode of ITV’s Loose Women, where her colleagues heralded the news by belting out the lyrics to Coming Home but referencing her spouse. Proud wife Christine gushed: “If you don’t know, Frank has signed for Chelsea. Not to play.” Her co-star Nadia Sawalha chuckled: “I don’t even know what that means. But apparently it’s quite a good job.” To which Christine replied: “It’s quite a big deal. It’s been a bit of a whirlwind couple of days to be honest. But, yes it’s out there now.

“He is back to where it all sort of began for him. And it’s a huge, huge deal for all of us actually.”

The Loose Women host pulled a face and said: “Erm… there hasn’t been that many changes. He’ll definitely be nearer home.

“I mean obviously he was at Derby last year. We had the most remarkable year in Derby and to all the fans who were fantastic with us and everyone at the club.”

Frank previously held the position of head coach at Derby County but has since taken the promotion to manage Chelsea FC, where he also played as a professional footballer.

The mother-of-one admitted the past few days had been a “whirlwind” and added that the family were “privileged” to have been a part of Derby. 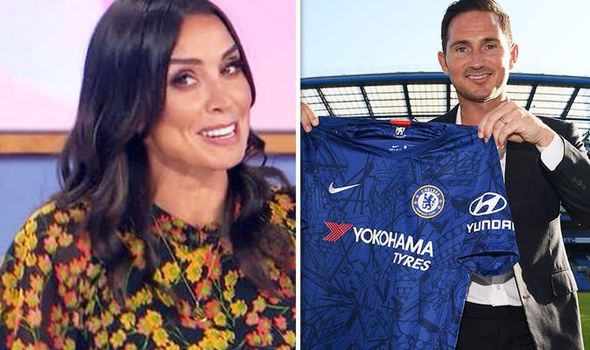 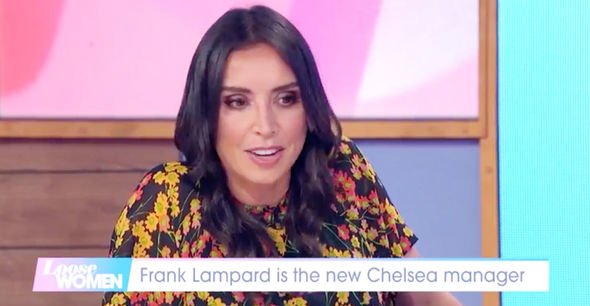 She said: “I loved Derby and everyone at the club. They just couldn’t have been better to us. So we’re very privileged to have had that year.

“But to come back to Chelsea – it’s a glorious job for him. A stressful one if anyone follows Chelsea.”

She added: “My phone has gone crazy today. There wouldn’t have been many other jobs that could have pulled him away from Derby, but I think everyone would expect you to go if Chelsea come calling.

“It’s a big deal I have to say. I’m not doing anything, I just go along and watch him,” she added.

“The most exciting thing is we can all go,” quipped Loose Women panellist Jane Moore. 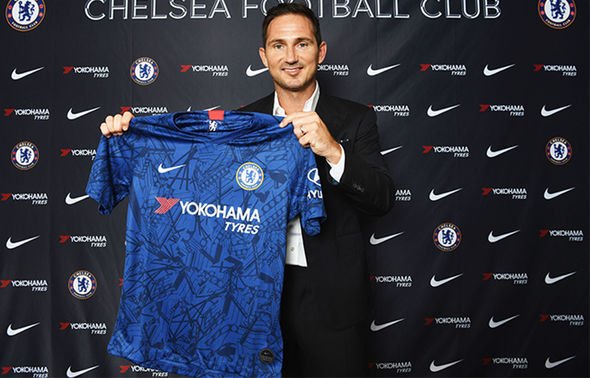 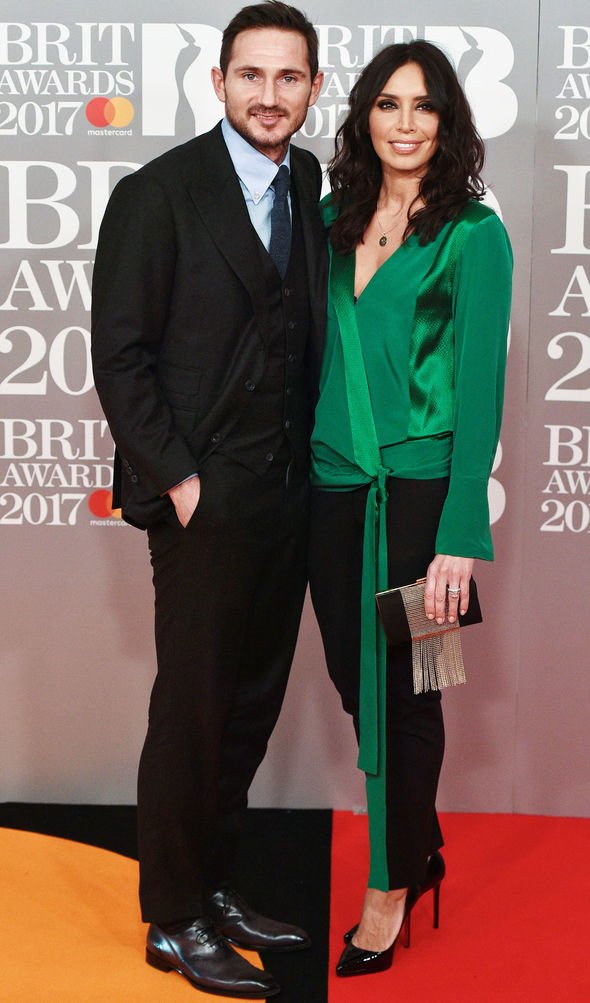 Christine and Frank – who tied the knot in 2015 – recently celebrated the latter’s birthday in St Tropez last month ahead of the Chelsea move revelation.

The football manager appeared surprised by the celebrations as his wife filmed the festivities and Three Lions blasted in the background.

The panellist took to Instagram and uploaded the short clip where the football manager seemingly appeared uncomfortable with the attention.

The moment also saw the national anthem God Save the Queen played, as Frank had a St George’s Flag draped around his back before being handed sparklers.