MercyMe is turning tragedy into triumph.

The multi-platinum band, just named Billboard's Top Christian Artist of the 2010s, is using the story of one of their own to debut the music video and single “Say I Won’t.”

It highlights the heartwarming tale of Gary Miracle, who was the first merchandising representative and bus driver for the band 25 years ago, and lost both arms and legs in January after falling into septic shock last December due to major complications stemming from the flu.

Through grit and sheer determination, Miracle–his real last name–is seen in the exclusive music video putting on his prosthetic arms for the first time, learning to write again and declaring he will one day walk again.

Although the single is from a forthcoming project in 2021, given the fact the coronavirus pandemic has thrown a wrench in release dates, MercyMe lead singer Bart Millard said he had to find a way to get Miracle’s inspiring story out to the world.

“It's incredibly overwhelming to see Gary's situation but to watch his wife and kids and what they're going through and standing by and supporting him is mind-blowing and it feels like it's a whole other level of love and it's a crazy story,” Millard told Fox News of the bizarre development that sent Miracle into a fight for his life.

“Gary went to the hospital three different times and was sent home by doctors saying it was the flu,” Millard explained. “It was the fourth time that they realized that it was more serious.”

Furthermore, Millard said before Miracle fell into septic shock, he had the “mildest form of [streptococcal pharyngitis]" and believes that if Miracle had been tested for strep throat the first time, “after just a couple of days of antibiotics, he would have been back to work.”

Viewers will recognize some of the faces seen at the end of the powerful video for “Say I Won’t.”

“You see all these people holding up signs and part of Gary’s story was he said it'd be cool to know that one day somebody was touched by what I'm going through,” said Millard. “And so we reached out to several people. You notice Pat Riley, from the Miami Heat, is in there and Ben Roethlisberger and Olympic figure skater Scott Hamilton and TobyMac.

“And then [college football] Coach Hugh Freeze and many others as well,” continued Millard. “Pat Riley came to a show of ours a couple of years ago and said, 'My dad died when I was 25 and I wish he could have seen what I had become and make him proud.'”

Millard added that a separate video showcasing many others holding up their “Say I Won’t” signs is also in the works. 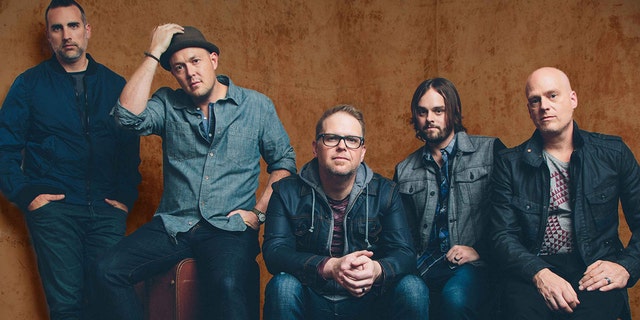 Christian band MercyMe debuted their new song and video ‘Say I Won’t,’ which is inspired by longtime band merchandising rep Gary Miracle, who lost all four limbs after falling into septic shock in January 2020.
(Courtesy of MercyMe)

The MercyMe frontman — who penned the mega-hit song “I Can Only Imagine,” which spurred a film of the same name in March 2018 and stars Dennis Quaid — said Miracle’s family has never wavered from his side and has gone to incredible lengths in order to get a semblance of what the husband and father to three boys and an adopted daughter from Colombia is experiencing on a daily basis.

“[Gary] was just telling me the other night that his son came in and he was crawling on the floor and he was trying to eat with his elbows and Gary goes, 'What are you doing?' and his son said, 'Dad, I just want to know what you're going through,' and this is a 10-year-old,” Millard explained. “And Gary texted me like, 'I'm a puddle right now.'"

In January, a GoFundMe campaign was set up by the Miracle family to help raise money to cover the mounting medical bills. The campaign provides timely updates on Miracle's status. The latest update, on Nov. 21, 2020, relays that Miracle "has started working with a prosthetic leg for pivoting from one chair to another. His right leg is still healing so he’s not ready to be fitted for walking…YET…but only a few more months and I am sure that will be the next step."

Miracle had also finished coaching one of his son's football teams and they placed second in their league. 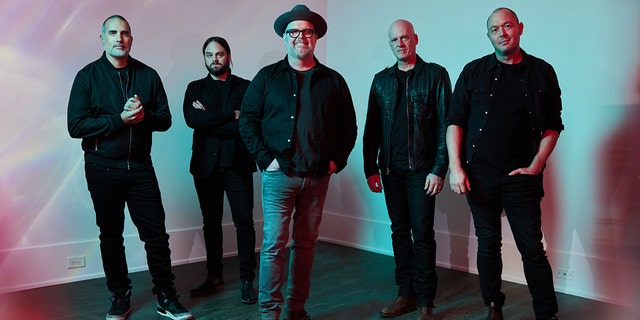 "MercyMe captures the depth of suffering and ability to turn any tragedy into a stunning victory through perseverance with their new song, "Say I Won’t.’
(Courtesy of MercyMe)

Through a ravaged entertainment and live music landscape brought on by COVID-19, Millard has retained the employees he had on the payroll despite the fact the band is unable to travel or play live gigs.

“With this whole pandemic, thank God for the movie because we have about 20 guys on staff, on salary, all of our tour crew, we have on salary and we've been able to keep them on this whole time,” said Millard. “I mean, we may be tapped out when it's time to tour again, but we wouldn't have it any other way because they’re family to us the same way Gary is.

“We're like, we’ve got to keep them on insurance. They can't go without insurance, especially right now,” Millard pressed. “Our accountant at times is like, ‘What are you doing? You're not going to have much to show for this,’ but it's like, 'Man, we have something to show that's way better than money.'”