The comedian showed that the cold doesn’t bother her one bit in a hilarious video, where she hit the slopes in barely any clothes.

Happy birthday to Chelsea Handler! The comedian welcomed her 47th trip around the sun with a bold ski trip. The comic posted a video of herself hitting the slopes on Friday February 25. The only catch was that she was only wearing her underwear as she hit the slopes! It certainly an exciting way to kick off the year, and she seemed glad to be spending it with her boyfriend Jo Koy, 50.

Set to Dr. Dre’s hit song “The Next Episode” (which features Snoop Dogg), Chelsea showed off her skiing skills with a drink in her hand and an eye-catching outfit (or lack-thereof). She rocked only a pair of blue underwear bottoms, high black socks, and a ski helmet. She completed the outfit with both American and Canadian flags flowing behind her from the helmet, and she covered her boobs with stickers for each flag. She also honored her boyfriend’s Filipino heritage with the Philippines  flag on her back with Jo’s last name written across it. The In His Elements comedian joined his girlfriend by riding around shirtless on a snow mobile with the Filipino flag behind him. The pair seemed like they were having a great time. “Doing all the things I love with the man I love,” she wrote along with the video.

This is far from the first time that Chelsea has hit the slopes in outfits that you’d probably expect to see on a warm summer day.  Back in January, she showed that she was enjoying two of her favorite vices: weed and vodka, while she rocked a bikini covered in pot leaves while out on a skiing trip. 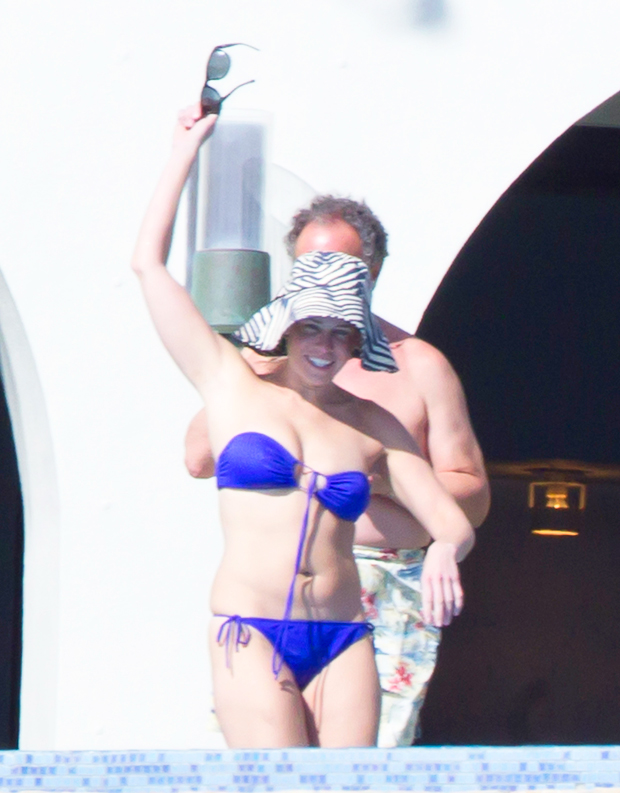 Stars Over 40 In Bikinis: Photos Of Jennifer Lopez & More 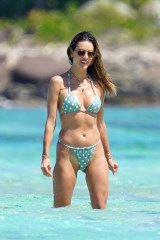 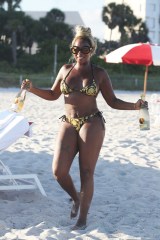 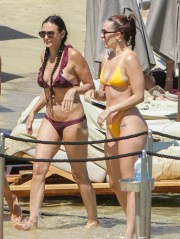 Ski trips aside, it seems like Chelsea’s relationship with Jo has been going great. The two comedians seem absolutely head over heels for each other. In fact, some of the Chelsea Lately star’s friends have showed that they think that she might have an extra special birthday surprise from Jo in store. “Jo has mentioned that he has something very special planned for her birthday,” a source revealed to HollywoodLife exclusively. “Whether or not it is a ring, he is being tight lipped about it all!”