Charley Webb, 32, is known for keeping her fans entertained on social media, and today was no exception as she offered a hysterical insight into her home life with Matthew Wolfenden. The Emmerdale star uploaded a TikTok video the couple had made, which showed them switching clothes, resulting in her spouse wearing a skirt and stilettos.

I’m such a boy

The clip started with Charley strutting down their hallway in her own attire, to the sound of hip hop star Drake’s Flip The Switch.

Suddenly Matthew puts his hand in front of the camera and when they return he was seen shaking his bum in his wife’s scantily-clad ensemble.

She was seen in loose cargo shorts and an oversized black jumper.

The video was originally filmed and uploaded on her TikTok account last year at the beginning of the first UK lockdown. 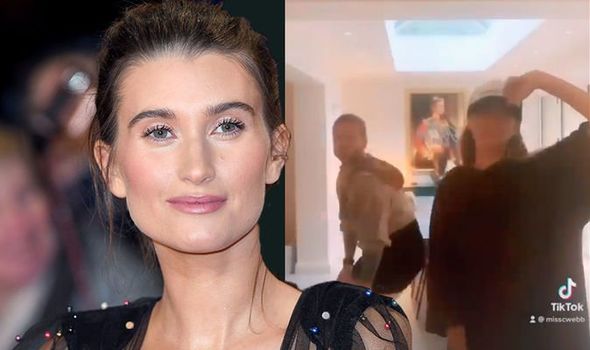 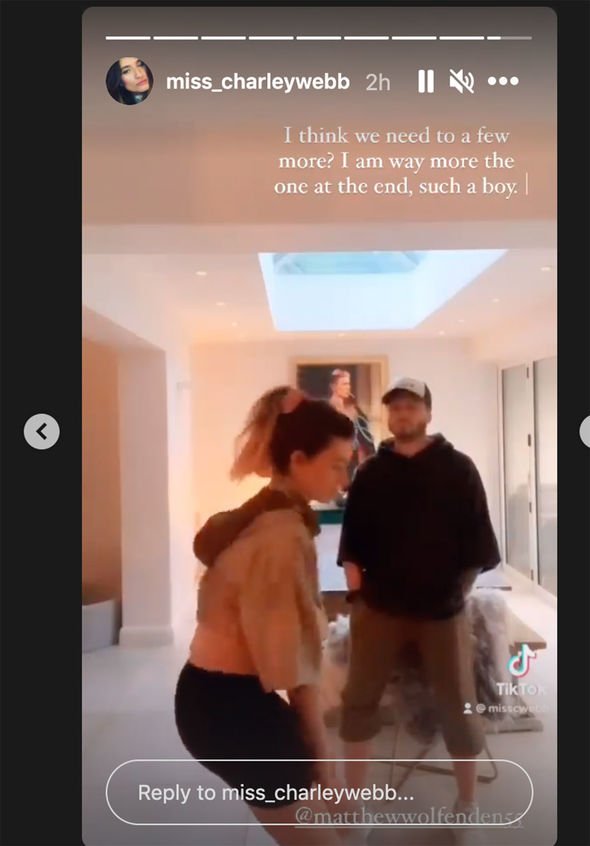 However, Charley appeared to be missing the early days of the restrictions to stop the spread of coronavirus, as she shared the post once more on her Instagram story.

She typed: “I think we need to make a few more? I am way more the one at the end, such a boy.”

The first lockdown began last year on March 23 and since then the UK has entered two separate ones, with many hopeful this will be the last.

During an extended time of being at home, many have taken to video creation app TikTok to fill the time. 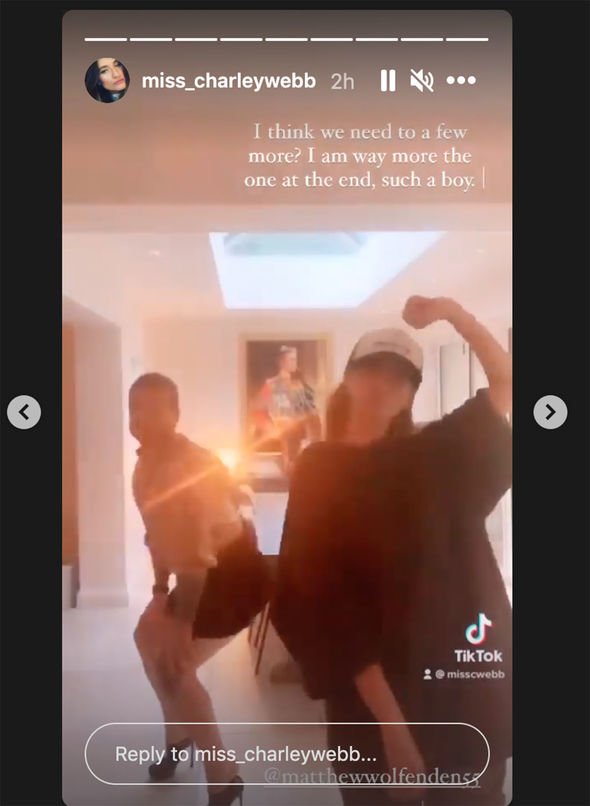 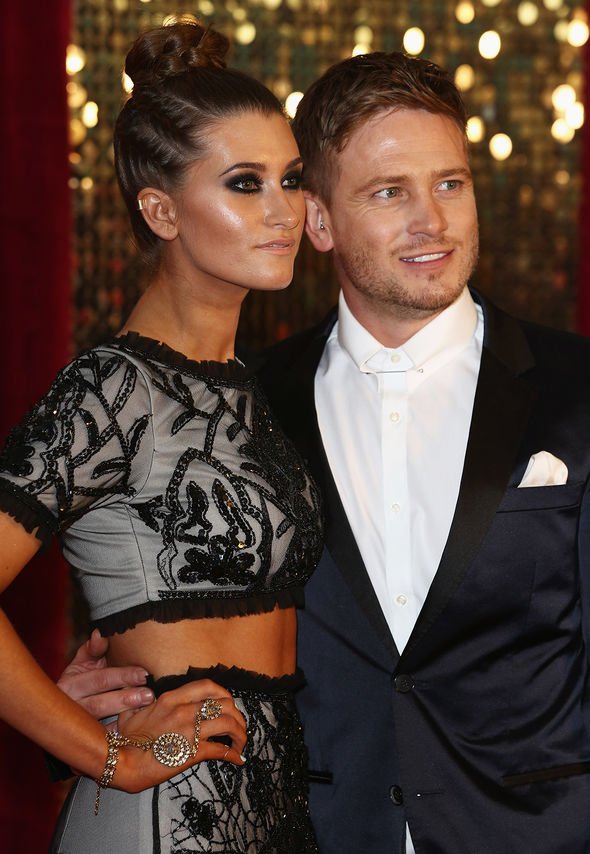 Charley has created a number of different clips on the app, including some featuring their three boys Buster, Bowie and Ace.

However, the video of her and her spouse swapping clothes has already generated an incredible 119,200 likes and 689 comments.

Underneath fans claimed Matthew was the better dancer, as they gushed over her entertaining family.

One said: “Sorry to say by Matthew is definitely the better mover.”

While another replied: “Why is Charley dancing like someone off GTA 5? I love this family.”

A second commented: “Miss you on Emmerdale Charley. Love you loads.”

A third wrote: “My favourite couple. Charley you are just beautiful.”

While a fourth typed: “Love you guys.”

Love blossomed between Charley and fellow actor Matthew when they met on the set of the soap 14 years ago.

Charley joined the long-running show in 2002 as a teenager, playing the role of Cain and Charity’s estranged daughter Debbie Dingle.

Matthew was cast in the role of Eric Pollard’s son David Metcalfe four years later in 2006.