Cate Blanchett, 53, is every inch the doting mum as she’s joined by her daughter Edith, 7, at Venice Film Festival after winning Best Actress

Cate Blanchett looked every inch the doting mother on Saturday as she was joined by her daughter Edith ahead of the closing ceremony at Venice Film Festival.

The Don’t Look Up star, 53, had a lot to smile about on the night having earlier won the Coppa Volpi for Best Actress for Tar at the 79th annual event.

Making it a family affair, Cate was also joined by her mother June, who looked stylish in a floral trouser suit as three generations of the family hit the red carpet. 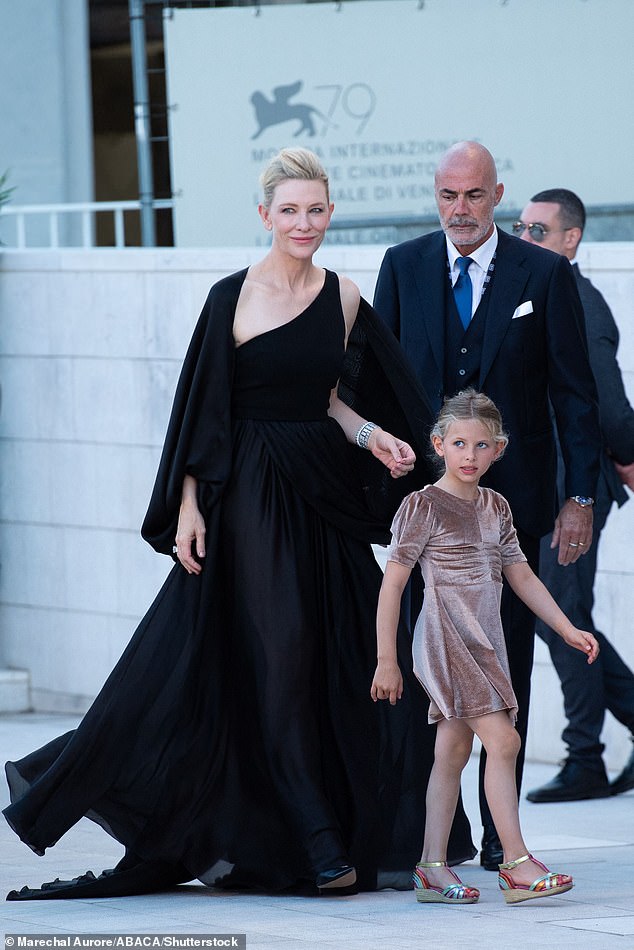 Proud: Cate Blanchett looked every inch the doting mother on Saturday as she was joined by her seven-year-old daughter Edith at the 79th Venice International Film Festival

Cate showed off her tiny waist in the fitted number that fell to the floor with a flowing A-line skirt and was completed with a chiffon cape.

She wore her blonde locks in a chic up do and chose to accessories her look with an array of chunky silver jewellery.

Meanwhile, her adorable daughter Edith was all style if a taupe velvet dress and a pair of chic sandals as she joined her famous mum for one of the world’s most renowned film festivals. 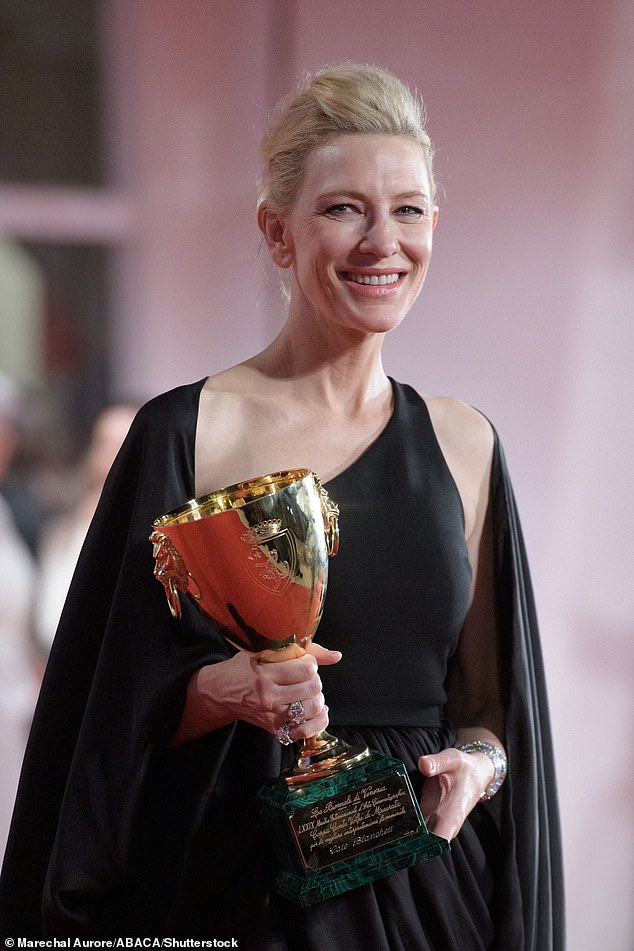 Congrats! The Don’t Look Up star, 53, had a lot to smile about on the night having earlier won the Coppa Volpi for Best Actress for Tar

She will star alongside Sacha Baron Cohen, Hoyeon, Kevin Kline and Kodi Smit-McPhee in the new series from writer-director Alfonso Cuaron (Gravity, Roma).

The show is based on the 2016 novel of the same name by Renee Knight, which follows Blanchett’s character, Catherine Ravenscroft. 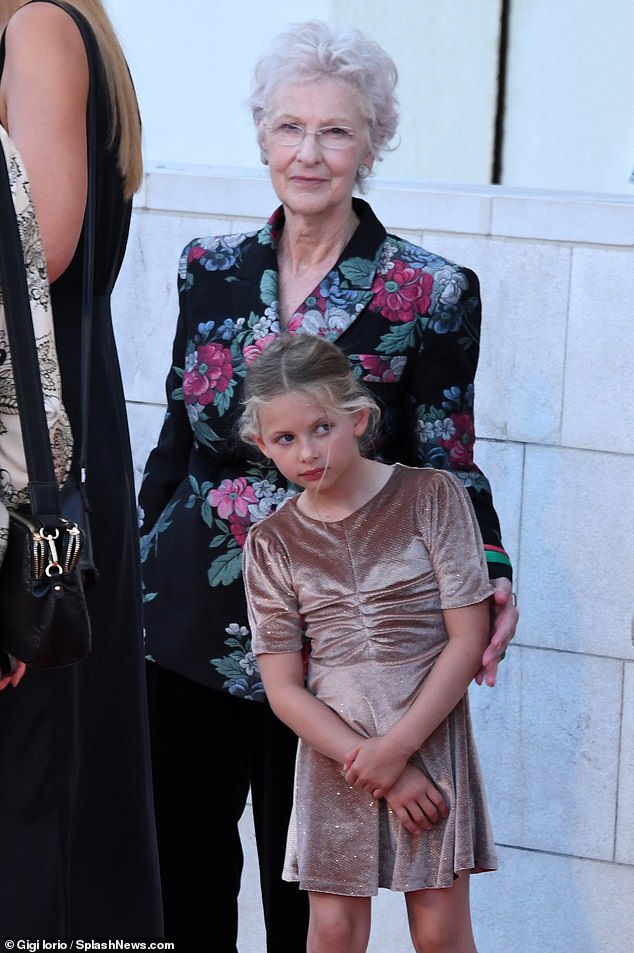 Granny: Cate’s mother June was also in attendance – catching the eye in a floral blazer as she looked after Edith while her Hollywood megastar daughter attended to her movie star duties 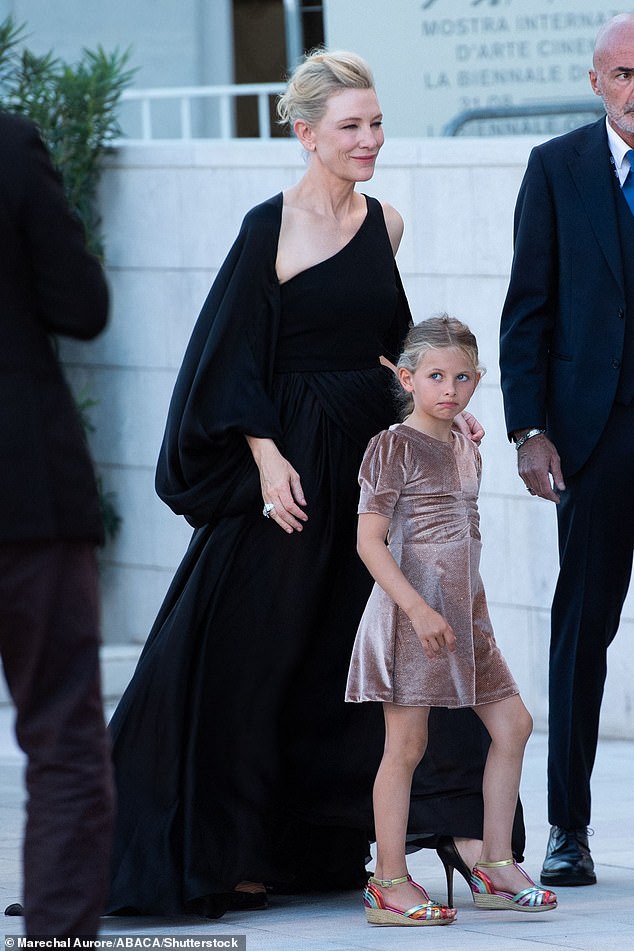 Mother-daughter: Cate looked the picture of elegance on the night, wowing in an elegant one-shoulder ensemble while Edith looked adorable in a taupe velvet dress

Catherine is described as, ‘a successful and respected television documentary journalist’ who has built a career out of revealing the transgressions of beloved institutions.

Her whole world is upended when she receives a novel by a mysterious widower (Kline), which features herself as the main character and unearths a secret she long hoped was buried in the past.

The only other person who knew this secret – or so she thought – is dead, as she finds herself confronting the truth about that awful and fateful day. 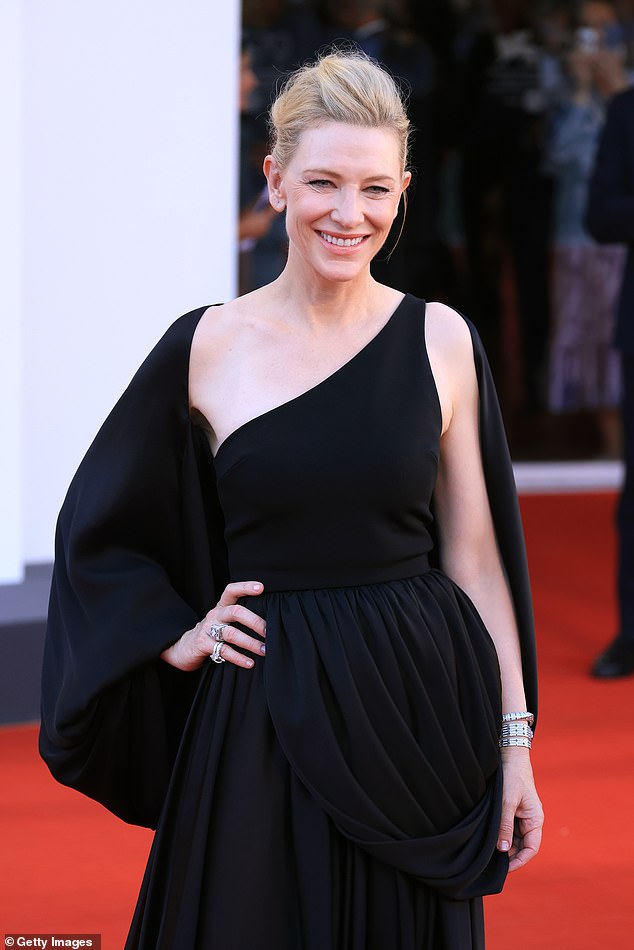 Radiant: Cate wore her blonde locks in a chic updo and chose to accessories her look with an array of chunky silver jewellery

She starts working for Blanchet’s character in some capacity, which she knows, ‘that working for Ravenscroft is going to be her big break.’

The late Steve Golin will be listed as executive producer, with longtime Cuaron collaborator Emmanuel Lubezki set to serve as director of photography alongside Bruno Delbonnel.

There is no indication when Apple TV Plus may be eyeing a release for the project. 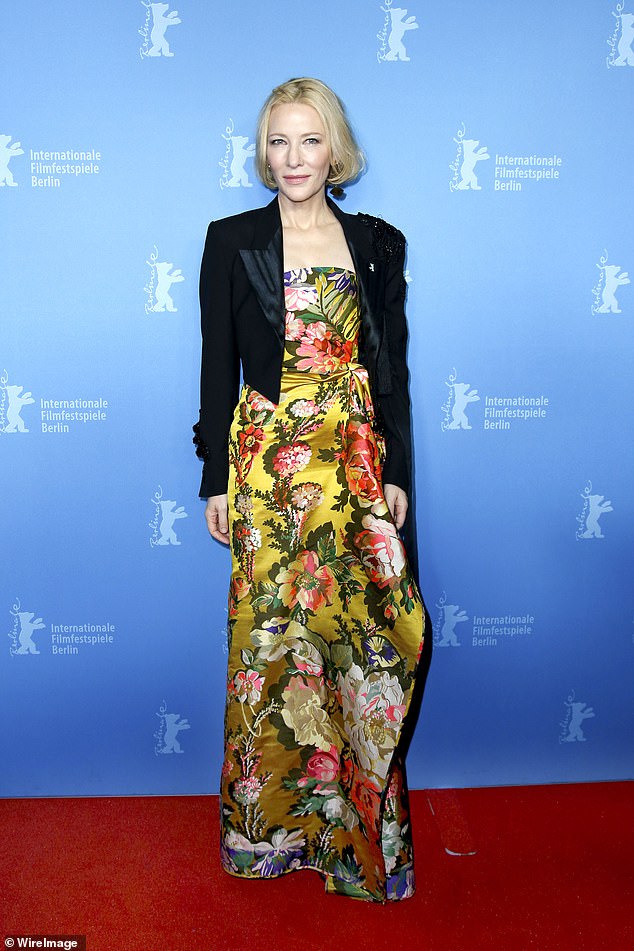 Star power: Cate is set to star in the AppleTV+ thriller Disclaimer (pictured in 2020)