Carol Vorderman’s peachy behind momentarily became the focus of her appearance on Channel 4 game show Celebrity Crystal Maze tonight. Dressed in a grey jumpsuit, which cinched in at the waist to draw attention to her figure, the former Countdown star, 59, joined celebs Gemma Collins, 38, James ‘Arg’ Argent, 31, Ellie Taylor, 35, and Rick Edwards, 40, to attempt to beat the maze. It didn’t take long before the subject turned briefly to Carol’s famous posterior, which was impossible to miss in her tight overalls. While Rick was tackling the first game, where he had to play spot the different in two almost identical rooms, presenter Richard Ayoade, 42, couldn’t resist bringing up her two Rear of the Year awards.

As Rick crawled on the floor and his fellow contestants watched on, the comedian gestured to his bottom, saying: “Vorders, you’ve won Rear of the Year twice, feast your eyes on that!”(sic)

The maths whizz looked stunned for a second before turning to face Richard and giggling loudly.

The reference to her bum wasn’t the only cheeky moment on tonight’s Celebrity Crystal Maze for Stand Up To Cancer.

Later in the show, with both Rick and Arg having been locked in after failing to complete games within the allotted time, team captain and TOWIE legend Gemma decided to use one of the crystals they had collected to buy their freedom. 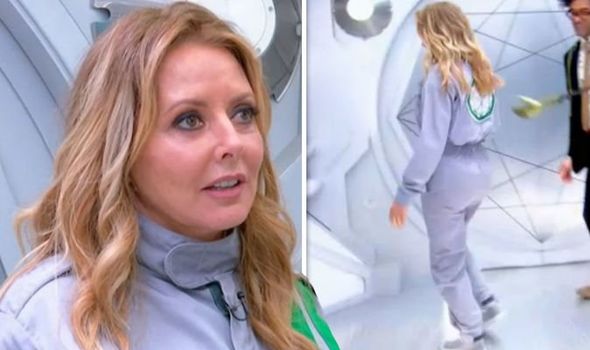 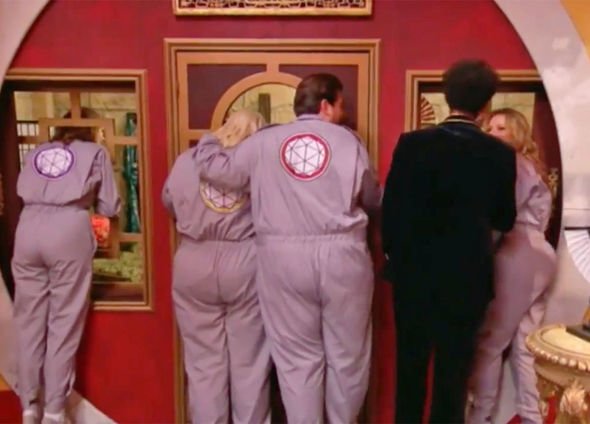 “You are referring to the men,” Richard replied, sceptically, quipping: “Because you did look at Carol when you said that.”

His mischievous comment wasn’t wasted on Carol, who fell about laughing.

Enjoying some down time on the Pembrokeshire Coast with a friend, she uploaded a seres of shots showcasing her figure in tight-fitting trousers and a long-sleeved top, which highlighted her hourglass physique.

One photo, which she shared with her 404,000 followers, saw Carol standing on a clifftop, her arms outstretched with the sea in the background. 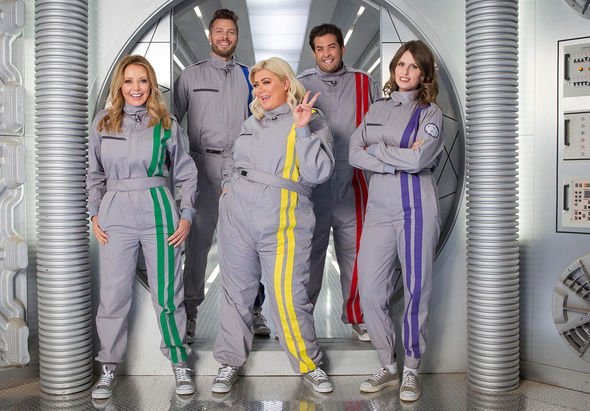 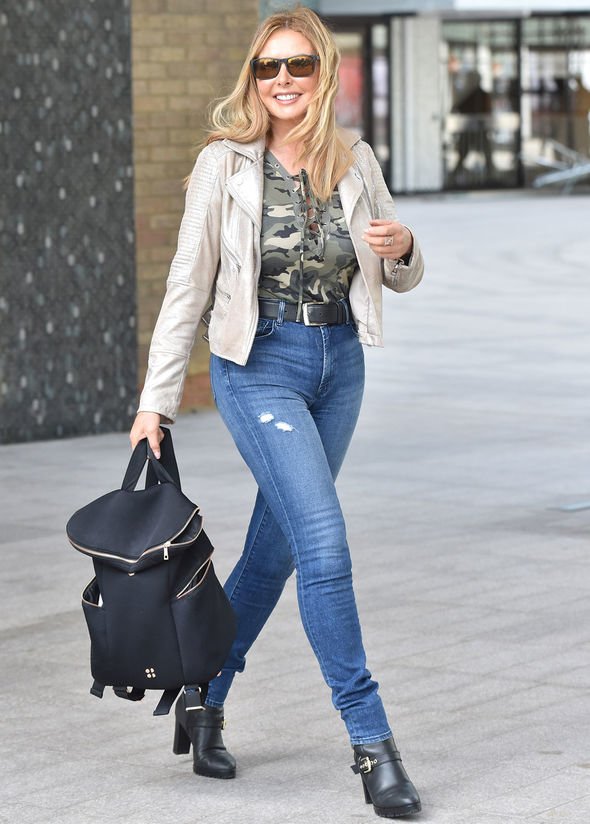 Fans flocked to the comments section to compliment the ex-Countdown favourite, with one saying: “You have a very sexy and amazing figure.”

“You’re still looking gorgeous (makeup or not),” another said, while a third added: “You don’t need makeup!”

Carol became a household name starring on Countdown from 1982 until 2008.

Since then, she has hosted Loose Women and guest presented on Lorraine.

She is currently fronting her own Saturday lunchtime show on BBC Radio Wales.

Celebrity Crystal Maze continues next Friday at 8pm on Channel 4.

JoJo Siwa and Avery Cyrus Break Up After 3 Months of Dating: "We Are Both So Young"