Britney Spears is telegraphing a message that has become increasingly obvious over the last few months … she’s done with just about everyone involved — directly or indirectly — in her conservatorship. 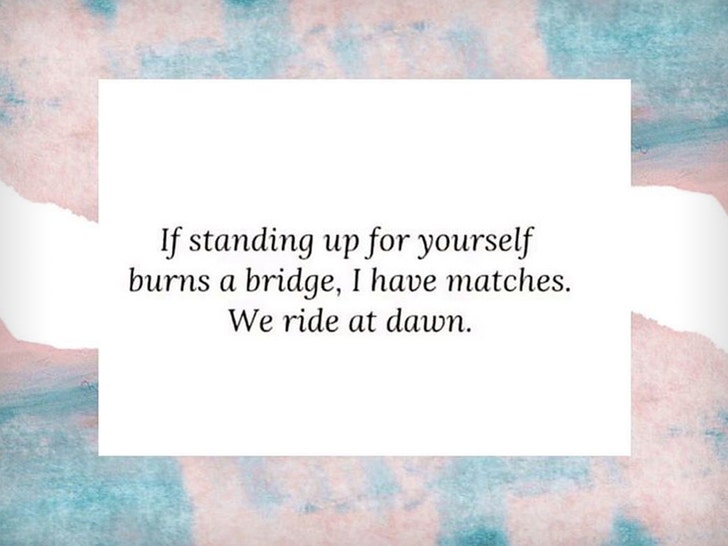 Britney posted a simple message to her fans … “If standing up for yourself burns a bridge, I have matches” — a pretty clear reference to ending relationships, something she’s been doing with laser-focus recently. In addition to going after her dad, Jamie, she’s zeroed in on her mom and sister … among many others.

The message seems to be that she’s not afraid to torch relationships she says have harmed her over the years.

Britney also posted pics of her recent trip to Maui, talking about “the little things” she enjoys. Maui seems to be her go-to place … she’s been there a lot over the years. The pic shows what appears to be her cocktail of choice, held by BF Sam Asghari.

She also posted another topless video.

Her posts include the image of a statue of a “rare white owl,” with the caption .. “Pssss check out the statue of the rare white owl … I saw it this morning !!!! Before I saw it, a beautiful little boy with white blond hair who was two years old screamed at his mamma because he wanted his drink with a straw … it was the most adorable thing ever cause he reminded me of my boys when they were younger.”

Britney and her lawyer, Matt Rosengart, have been mounting a full-court press to boot Jamie from the conservatorship … a prelude to asking the judge to end the conservatorship, which has been up and running for more than 13 years.