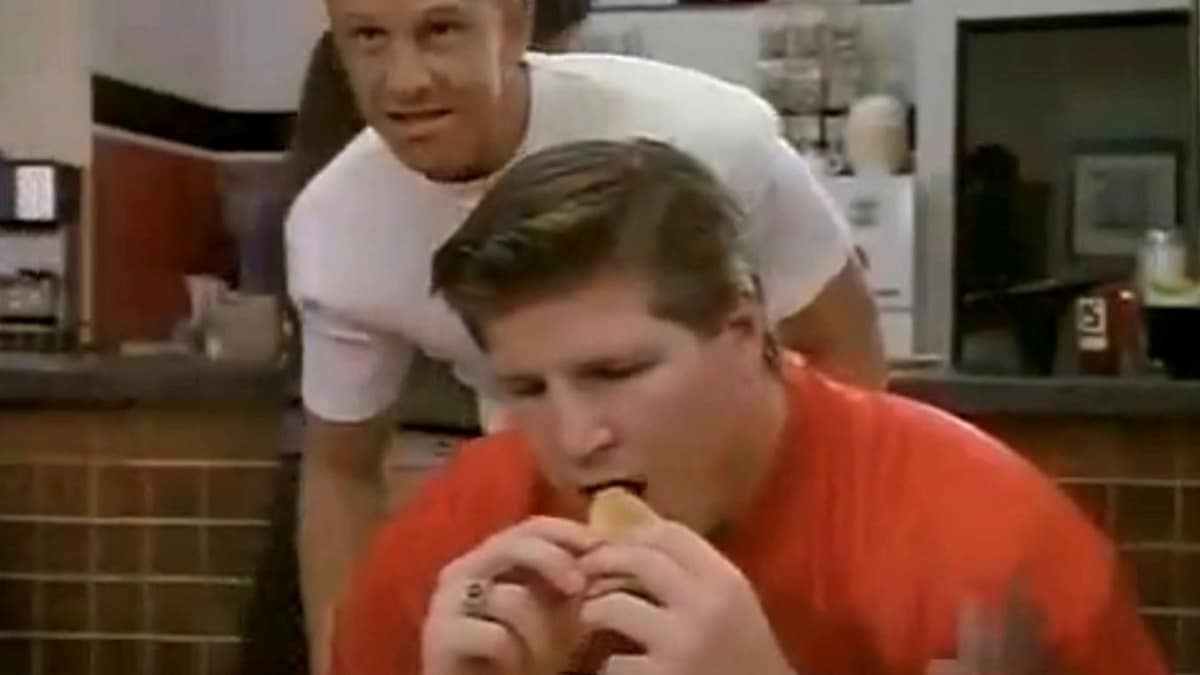 Actor Brian Turk, who died on Friday, was known for his role as Tiny in Beverly Hills, 90210. Turk was born on May 29, 1970, in Northglenn, Colorado, and died as a result of complications due to brain cancer. He was 49 years old.

Turk was also known for playing Gabriel in HBO’s Carnivale (2003-2005). He appeared on several other TV shows, including Boy Meets World, Saved by the Bell, ER, Buffy the Vampire Slayer, Criminal Minds, and Two and a Half Men.

He was first diagnosed with brain cancer in early 2018. After the cancer became terminal, a GoFundMe page was set up in July 2019 to help pay for his medical care.

He is survived by his wife, Emily Wu, and their eight-year-old son.

He appeared in the opening scene of Season 6, Episode 11 (Offensive Interference), as the huge guy in the same football team with Joe Bradley (Cameron Bancroft) at California University. And in Season 6, Episode 8 (Gypsies, Cramps and Fleas), he is shown eating a huge meal ahead of a football game.

In episode Gypsies, Cramps and Fleas, David (Bryan Austin Green) buys a love potion from a mysterious gypsy named Madame Raven to promote his relationship with Valerie (Tiffani Thiessen). Steve (Ian Ziering) and Clare (Kathleen Robertson) unintentionally use the potion and have a passionate night together.

Ray (Jamie Walters) tries to revive his relationship with Donna (Torie Spelling) but ends up in a confrontation with her new love interest Bradley.

In Offensive Interference, Joe is suspended from CU’S homecoming football game after Ray accuses him of battery following their Halloween encounter.

Tori Spelling says she plans to replace breast implants after 20 years: 'I need a lift'