Three years after he divorced Angelina Jolie, it looks like Brad Pitt and Sat Hari Khalsa are reportedly dating. (Elite Daily reached out to reps for Pitt and Khalsa for comment and did not hear back in time for publication.) Us Weekly claimed the two were a couple in a Sept. 24 report.

Rumors about a possible romance between Pitt and Khalsa first swirled in 2018 after they were reportedly photographed at the Silverlake Conservatory of Music Gala, which Us Weekly describes as "an annual benefit thrown by the Red Hot Chili Peppers." Us Weekly reports that the twosome reportedly spent the night sitting together, laughing and "talking intimately."

But don’t mistake them reportedly having known each other for at least a year as a sign that they’re serious. Pitt is reportedly still just trying to keep things casual. "Brad’s not in that mindset,” the source told Us Weekly. That being said, he still reportedly has feelings for Khalsa and has a good time chilling with her. “Sat is very special to him and someone he enjoys spending time with,” the source told Us Weekly.

According to Us Weekly, Khalsa is jewelry designer and holistic healer. A source described her to the publication as "earthy" and "low-maintenance." But it’s reportedly 50-year-old Khalsa’s strength that Pitt is the most attracted to. “She’s very strong and has a beautiful mind," the source told Us Weekly. "That’s what he’s attracted to.”

However, there’s no real confirmation yet that these two are an item — at least, not in the romantic sense. In fact, another insider told Entertainment Tonight on Sept. 25 that the two are actually reportedly "just friends" and that Pitt is currently enjoying his "me time." 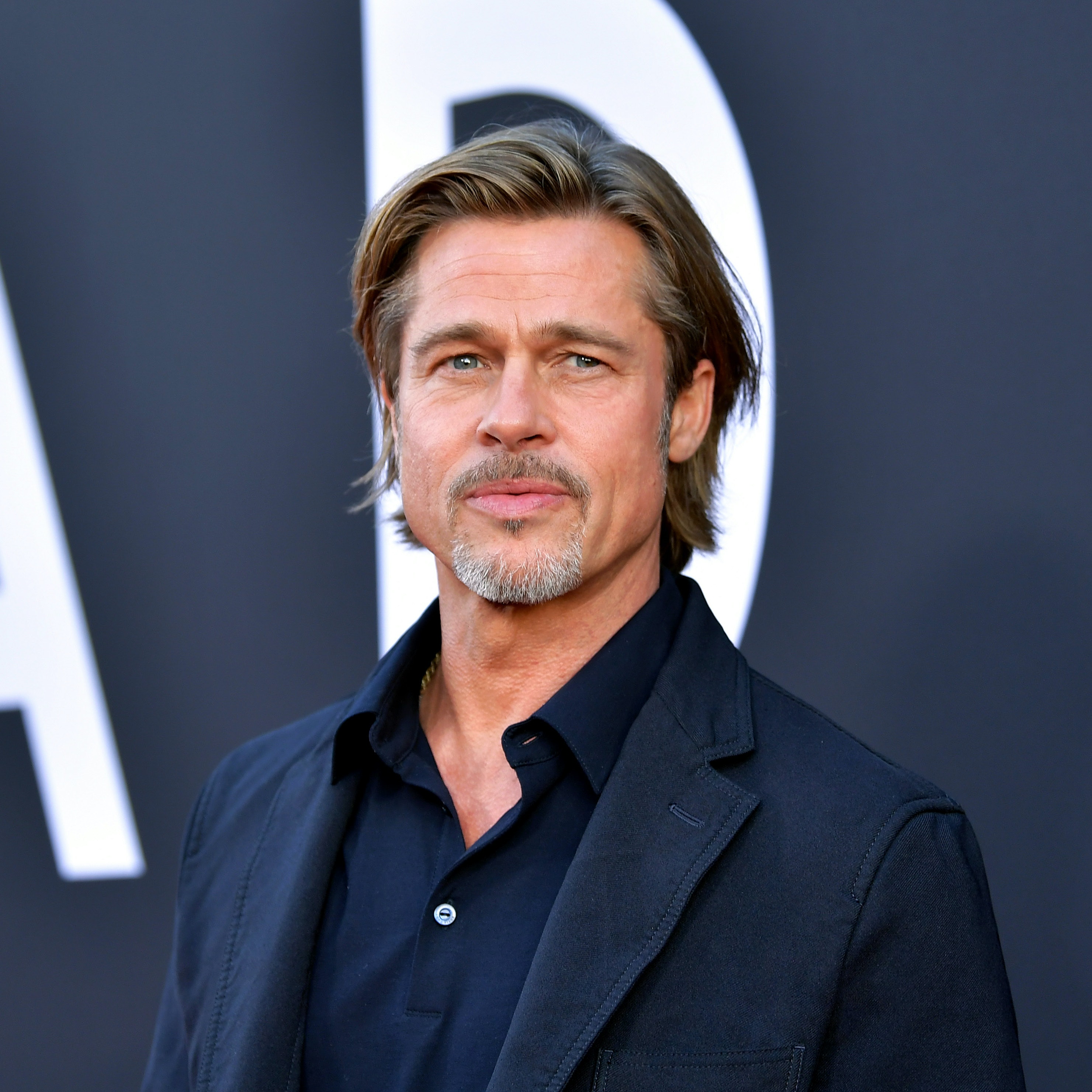 While his current relationship status remains unclear, Pitt has previously been in two extremely high-profile marriages. His first marriage was to none other than Rachel Gree — erm, I mean Jennifer Aniston. The two were married from 2000 to 2005.

Following his marriage to Aniston, Pitt went on to date and then marry Jolie. While he and Jolie were only married from 2014 to 2016, the two were romantically involved with each other for over a decade. Jolie and Pitt share six children together: Maddox, 18, Pax, 15, Zahara, 14, Shiloh, 13, and twins Knox and Vivienne, 11.

“Angelina Jolie-Pitt has filed for dissolution of the marriage," Jolie’s attorney told People at the time of their divorce in 2016. "This decision was made for the health of the family. She will not be commenting at this time, and asks that the family be given their privacy during this difficult time.”

Since divorcing Jolie, Pitt decided to get sober from drinking alcohol. "I had taken things as far as I could take it, so I removed my drinking privileges," he told the New York Times in a September interview, adding: "I had family stuff going on. We’ll leave it at that."

Regardless of Pitt’s relationship status, hopefully, he’s doing well and enjoying his time with the jewelry designer.

When Will Tayshia’s ‘Bachelorette’ Season End? The Schedule Is Def Different