The couple is also parents to son Adler Lawrence.

“On 8/29/2021 we welcomed Keaton Joseph Karp to the world,” the 40-year-old wrote on Instagram. “He was born on his deceased grandfather’s birthday (like I prayed for!) and his middle name is an homage to his great grandfather who is still here to meet him at almost 98 years old.”

“Adler is a super(hero) big brother and Jensen Karp and I are thrilled to have him home, healthy and safe, with us,” Fishel shared in her post. “Also, Adler thinks my postpartum care tools are a lot more fun than I do.”

The “Girl Meets World” actress first broke the news of her pregnancy in May on her 40th birthday. 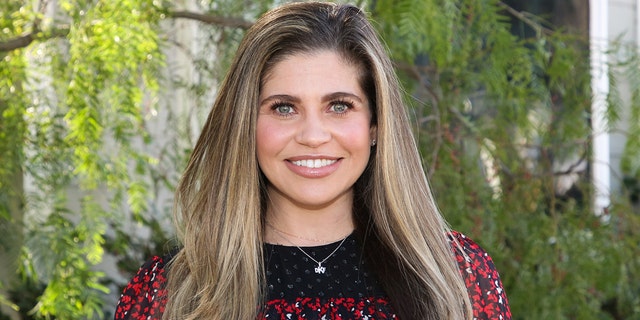 “F O R T Y! I’ve never been more excited or hopeful for the next decade of my life,” Fishel captioned a photo of her growing baby bump.

“I had a beautiful childhood, teenage years I still dream about, my 20’s were insane (and mostly miserable) and my 30’s brought me lows and highs but eventually I leveled out to a place of security,” she shared.

“Security in who I am, what I believe, and with whom I want to spend precious time,” Fishel continued. “I couldn’t be more grateful to enter my 40’s with my amazing husband and son, excitedly expecting the arrival of baby boy #2. My birthday wish is for all of you to tell someone how much you love them and walk through today with more patience than you normally might.”

Back in 2019, Fishel penned an essay for “Good Morning America” that covered her emotional toil during childbirth.

That year, Fishel gave birth to baby boy Adler, but not without issue. Adler was born with fluid in his lungs and remained in the neonatal intensive care unit at Children’s Hospital Los Angeles, for several weeks. 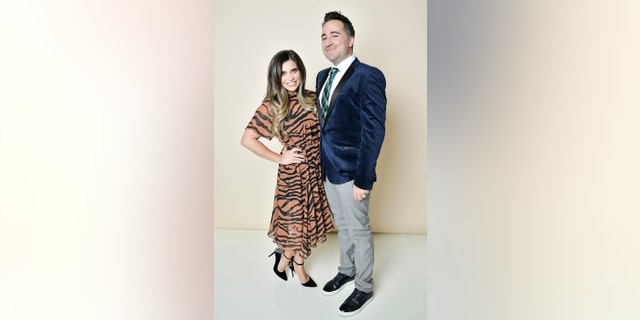 In the essay, Fishel noted that the concept of “mom guilt” was something that she’d not expected to experience.

“I had heard of ‘mom guilt.’ It was right up there with other types of guilt I heard about growing up, like ‘Catholic guilt’ or ‘Jewish guilt.’ I heard it was the awful feeling you’re never doing what you’re supposed to be doing, or not doing enough of what you should be doing, or not doing what you should be doing well enough,” Fishel candidly wrote.

“As a childless woman looking at all mothers I knew, I could only see how incredible they were. Their kids were happy, well-loved, fed and clothed. Some of them went back to work and others didn’t. Those decisions were not made selfishly, but based on privilege and what was best for their children and their families.”

Fishel’s initial birth plan included having a natural, drug-free childbirth — due to the health risks that introducing drugs would pose to both the mother and child. In an Instagram post, Fishel lamented the fact that her plan went out the window when she entered labor.

“We feel helpless [sic] and powerless and useless and we wanted so badly to follow our birth plan,’ unsurprisingly none of which involved leaving our beautiful baby boy at the hospital for the first weeks of his life,” Fishel wrote.

In her essay, Fishel noted that due to a decrease in her body’s amniotic fluid, delivery was induced with Pitocin. 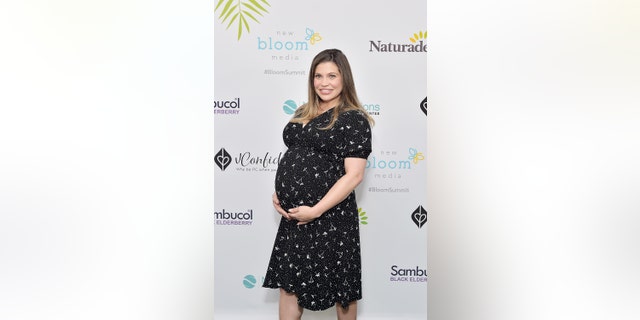 Danielle Fishel has opened up about the joys and struggles of motherhood.
(Photo by Stefanie Keenan/Getty Images for New Bloom Media)

“The guilty thoughts came flooding into my head,” Fishel continued. “Why did my water break so early? Was it because I was on my feet working 12-plus hour days at almost 36 weeks? Was it all the spicy food I had been craving? Did I do something that will hurt my baby?”

Upon returning to work, Fishel said she experienced further guilt in terms of potentially abandoning Adler.

“Does he remember me? Does he think I abandoned him? Am I hurting my son by desiring a career outside the home? Am I selfish?” Fishel wondered.

Fishel ultimately concluded with support for hard-working mothers out there.

“When you see a mom feeding her baby formula, or breast milk in a bottle, or directly from her breast, or through a feeding tube (I have done all of these in Adler’s 15 weeks of life), or you see a mom dragging a screaming toddler through Target, or you see a mom calling home from work, or you get a text from a stay-at-home mom who is ready to pull her hair out, know that there is a story there,” she wrote.