The breakfast show host, 65, is receiving treatment for prostate ­cancer. But he is back at his day job and enjoying a reunion with his ­former BBC buddy on ITV. Susanna, 50, was enjoying it too, despite some apparent on-screen exasperation, and the pair were a big hit with viewers on social media.

She told Bill he was looking ­“exceptionally well” which prompted him to joke that he was radioactive because he has isotopes injected into him every six weeks.

Describing the side effects, he said: “It makes you so live, so to speak, that I have to sleep in a separate room [from his wife] for three days.

“No prolonged contact with small children or pregnant women for six days and – this will be a great loss to the world – for six months after my last treatment I’m not allowed to father any children.”

Susanna, who is socially distanced from her co-host for Covid reasons, said “right” before adding: “Is Sessie [Sarah McCombie, Bill’s wife] relieved about that? Or slightly ­disappointed?” Bill replied: “I think everybody is pretty relieved about that.”

The ­guesting veteran then had some mischief at the expense of ­predecessor Piers and the former host’s explosive final day on the show. 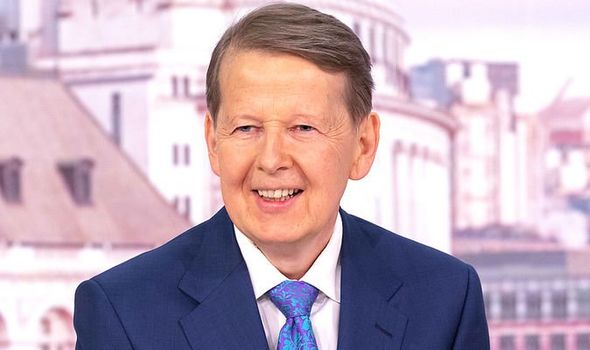 Bill joked that he was about to “storm off” after seeming to bicker with Susanna over timings.

Towards the end of an interview with MP Anne-Marie Trevelyan, Bill declared that they would have to “leave it there because we’re past 8am and I’m very sharp on time”.

Susanna interjected: “Oh no! No we’re not going to leave it there!”

Ignoring him, she continued to interview the MP about the Dyson Report into Martin Bashir’s 1995 interview with Princess Diana. 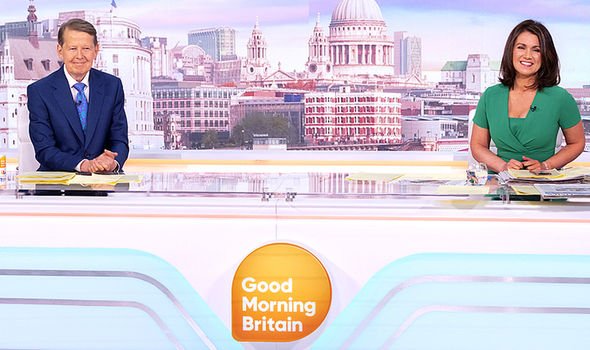 She quipped: “I am going over time. Bill Turnbull is very agitated with me because back at the BBC we had to stay to time.” When GMB returned from its ad break, Bill joked: “For a moment I thought I was going to have to storm out of the studio.”

Susanna coughed and looked tense at the reference to Piers, 56, who stormed off the set in March and later quit. Bill quickly added: “Oh, embarrassed silence…”

The pair have worked together for nearly 20 years, co-presenting BBC Breakfast from 2003 up until Susanna left in 2014. Bill left in 2016 after 15 years at the helm. He was diagnosed with prostate cancer in 2018.

Fans are enjoying Bill’s return, with one writing: “What a wonderful ­surprise seeing Bill back on the TV. A true ­professional with more than a touch of excellent humour. Pleased to see him looking so well.”

Another enjoyed the duo’s chemistry, tweeting: “Susanna seems so much more relaxed and happy with Bill Turnbull by her side.”

Ammika Harris Reveals How Much Son Aeko Brown, 3 Mos., Looks Like Her In Sweet Comparison Pic

Jamie Oliver: What happened to Jamie’s restaurants, why did they close?