Major Biden is out of the dog house and back in the White House.

President Joe Biden and first lady Jill Biden have confirmed that their dog Major is back at 1600 Pennsylvania Ave. after being sent to an off-site training “to help him adjust to life in the White House” earlier this month.

“He’s back, yeah,” Jill Biden said in an interview clip released Friday on NBC’s “Today” show. “He is such a sweet loveable dog, he really is.”

In March, Biden’s two German Shepherds, Major and Champ, were temporarily sent back to Delaware during a pre-planned trip earlier this month to receive training after Major caused a “minor injury” to an employee of the U.S. Secret Service on March 8.

USA TODAY reached out to the White House for comment. 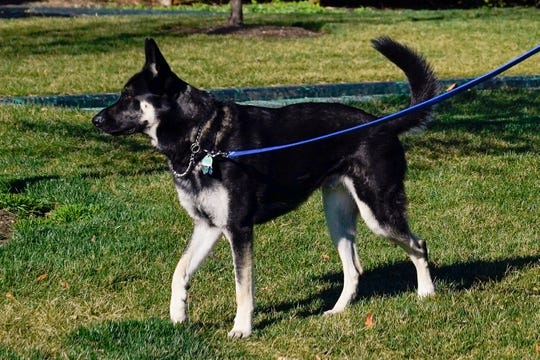 Major Biden is back at the White House after being sent to training in April. (Photo: Evan Vucci, AP)

Later in March, Major was involved in a second biting incident, days after returning to the White House from Delaware. The victim was seen by the White House Medical Unit and returned to work without injury.

First lady Biden also confirmed that the dogs would be getting a new pal, one with a lot less bark. NBC’s Craig Melvin asked the first lady to address rumors about a cat being added to the family pet roster.

“She is waiting in the wings,” Jill Biden said. “That was part of (Major’s) training, they took him into a shelter with cats, and he did fine.”

President Biden said the cat was not his idea.

Major was adopted by the Biden family in 2018. Major and Champ moved in to the White House a few days after inauguration, a return to the decades-long tradition of presidential pets following former President Donald Trump’s dog-less administration.

First lady Jill Biden’s office posted pictures at the time of the two pups frolicking on the South Lawn. “Champ and Major have joined us in the White House!” said the tweet adorned with red hearts and paw prints.

Who Are Paul McCartney’s Talented Children?

Matt James Posts Photo of Him and Rachael with Powerful Imagery