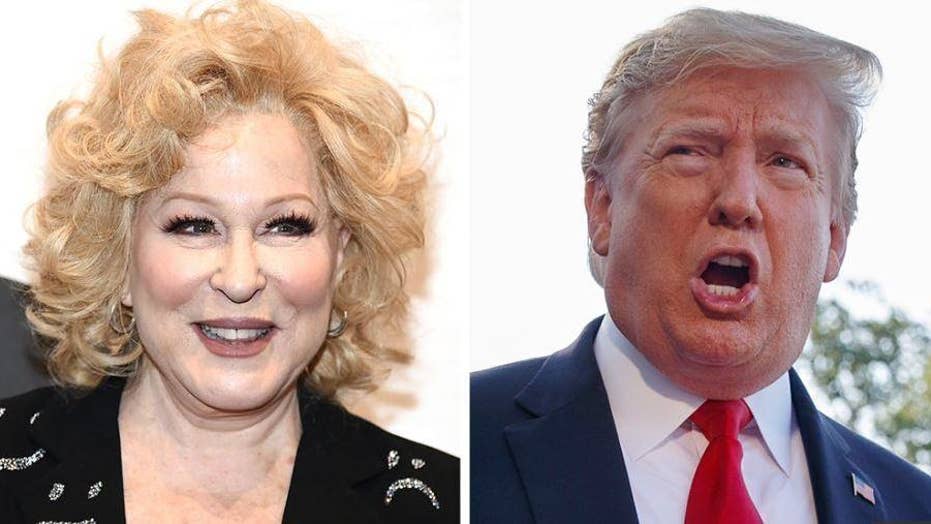 The actress jokingly tweeted someone should give President Trump a shiv, but there was a lot of backlash showing several people did not think her comment was a laughing matter.

Liberal actress Bette Midler has continued her Twitter feud with President Trump — this time, penning a poem about his wife.

The 73-year-old performer tweeted her rhyme on Tuesday just as Trump was preparing to kick off his 2020 re-election bid at a rally in Orlando.

“There once was a girl from Slovenia,” the poem begins, referencing First Lady Melania Trump. Midler goes on to write that Melania avoids all romance situations with her husband, who “plays with his own schizophrenia.”

Their feud began earlier this month after Midler tweeted a fake quote that she alleged Trump gave to a magazine in 1998. Trump clapped back, calling the singer-songwriter a “washed-up psycho.”

Midler apologized for circulating the quote, but later wrote in a since-deleted tweet that someone should “give him a shiv.”