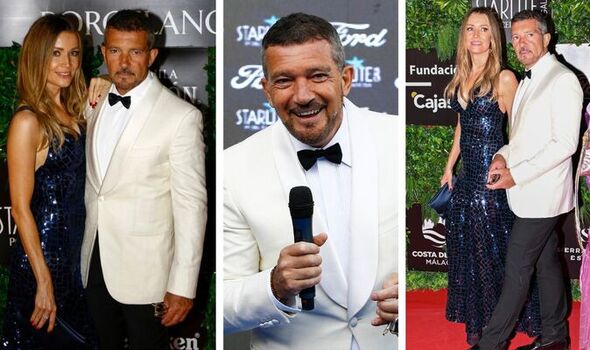 Antonio Banderas stepped out with his girlfriend Nicole Kimpel, who is more than 20 years his junior, as the age-gap couple strutted their stuff for a charity gala in Spain

Antonio Banderas, 61, and his 40-year-old partner Nicole Kimpel, who is of Dutch and German origin, both looked on top of the world as they arrived at the Starlite Porcelanosa gala last weekend, which Antonio chaired.

Spanish native Antonio recently moved back to his home city of Malaga after a long spell in Surrey, and previous time spent in Hollywood.

The Original Sin actor is now actively involved in charitable events such as this latest one, which raises money for the Starlite Foundation.

Antonio gave the crowds a warm smile as he strutted on the red carpet in a cream blazer, white shirt and black bow tie, together with black trousers and boots.

Meanwhile Nicole was the centre of attention in her blue sequined maxi dress and matching blue satin purse. 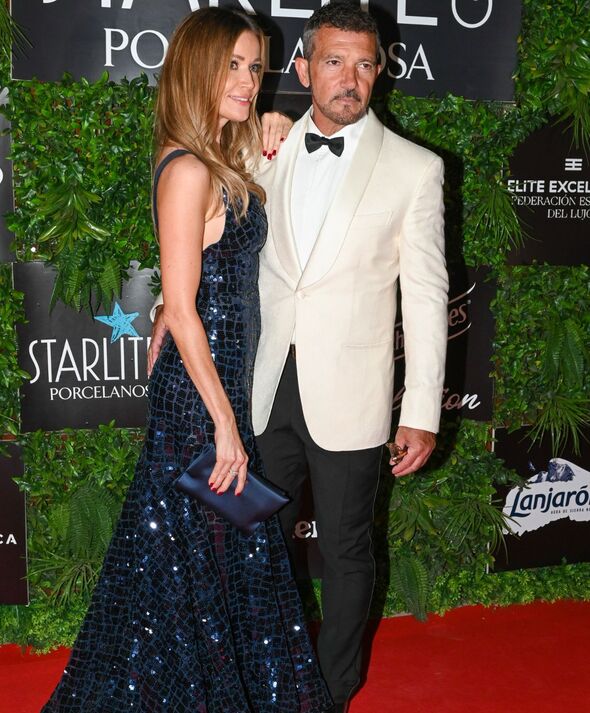 Antonio Banderas on the red carpet

Antonio Banderas stands beside his girlfriend Nicole for the red carpet photo call, while photographers admired how her sparkling dress caught the light through their lenses 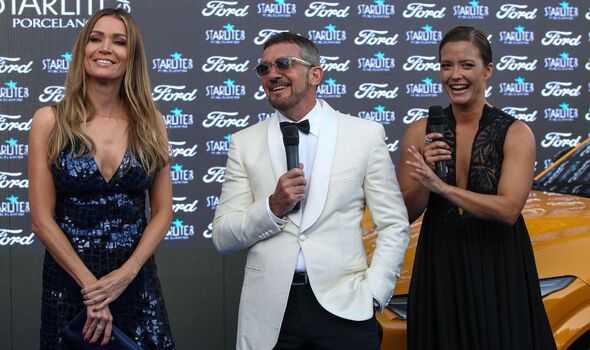 Antonio Banderas, Nicole Kimpel and a journalist on the red carpet

Antonio Banderas kicked off the action at the gala on behalf of the charitable foundation Starlite, as he was interviewed by a local journalist in Marbella 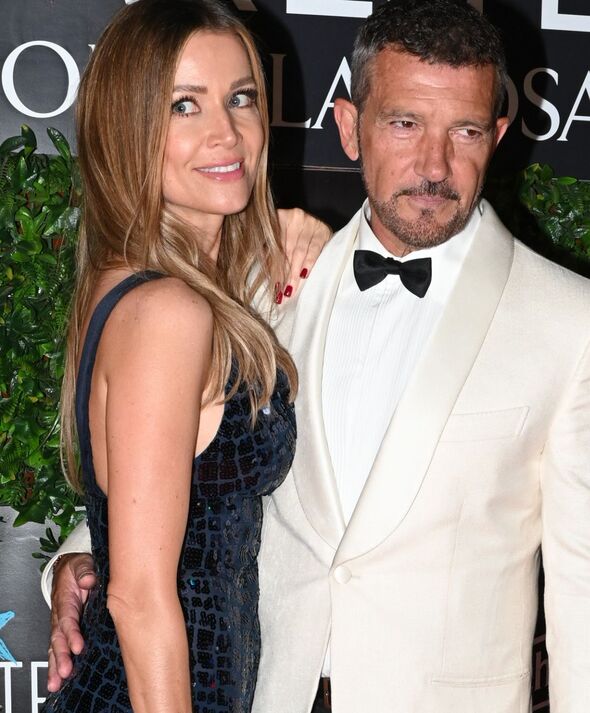 Antonio Banderas and his partner had previously spent time in Surrey, but then the Marbella-born star put his eco-efficient home on the market for £3.5 million in a bid to return to his native Spain 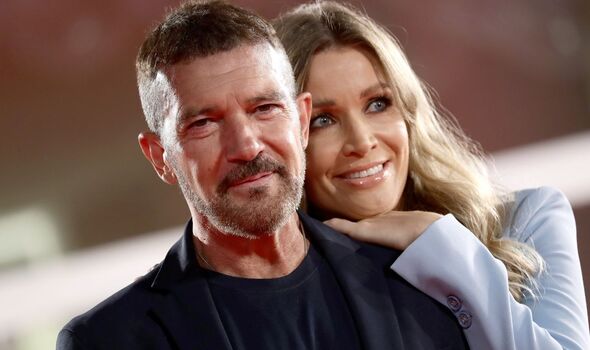 Antonio Banderas and Nicole Kimpel at the Venice Film Festival 2021 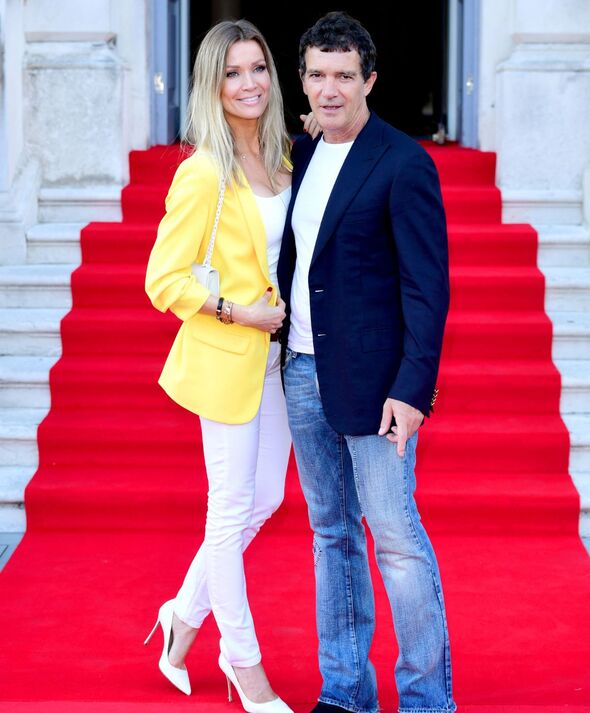 Antonio Banderas had Nicole on his arm when he arrived at the UK premiere iof his movie Pain and Glory, screened at Somerset House