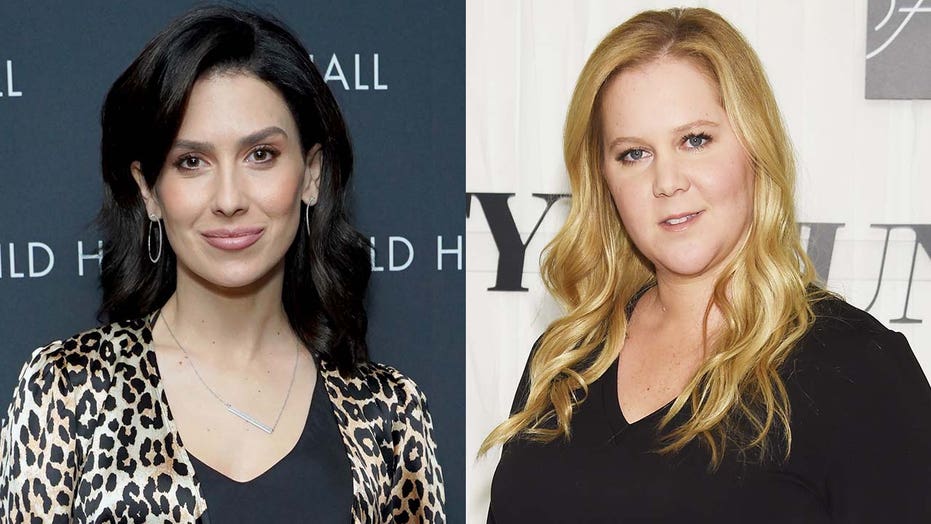 Amy Schumer revealed why she took down social media posts about Hilaria Baldwin in light of the latter’s recent scandal.

In December, Schumer playfully teased the podcaster and yoga instructor by recreating an image she shared on Instagram of herself cuddling her newborn son, Eduardo, while wearing only lingerie. The “Trainwreck” star snagged the image and posted it on her own Instagram later that day. She joked in the caption as if she were Baldwin while pretending the baby was her own 1-year-old son, Gene.

Baldwin released a video commenting on the joke in which she took it in stride but seemed a bit bewildered by it.

Not long after, a scandal broke out after Hilaria was accused of exaggerating her Spanish heritage. Speaking to Entertainment Tonight, Schumer noted that she took down the post and another one that poked fun at the scandal after people became “upset” in an effort to take herself “out of the narrative.”

“It’s a little insane to be in, like, lingerie with your baby. I just thought that was a little funny, and then I saw that she made a video and she seemed a little bit upset,” Schumer explained. “Not at me, but about the comments she was getting. I was just like, ‘I don’t want to be mean,’ and she seemed like maybe it hurt her feelings, so I just took it down.” 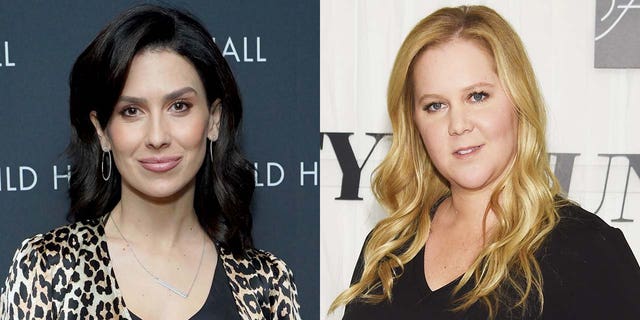 “We were just playing with each other, and then the whole Spain thing came out,” she continued. “I just felt like everybody else watching it. Just like, ‘What is going on?’ I thought we were still kinda playing, so I wrote, ‘Hey, look, I love Spain too.’ But then it became this whole big thing and people were really upset so I just took it down [too].”

The comedian went on to joke that Baldwin is the “only person who is happy about the insurrection in the Capitol because it distracted [people]” from her scandal.

Baldwin has claimed she was born in Mallorca, Spain, and raised in Boston. She explained on a podcast in April 2020, “I moved here [to America] when I was 19 to go to NYU from… my family lives in Spain, they live in Mallorca.” The bilingual mother of five’s accent has also noticeably fluctuated over the years when she made appearances on TV. In one damning clip from the “Today” show, she appears to forget the English word for “cucumber.”

Meanwhile, her CAA speaker page, Wikipedia and IMDB page all previously listed her birth country as Spain. CAA has since removed any mention of her birthplace, while the latter two have made corrections.

Baldwin has since come forward to explain that a combination of assumptions and false reporting led to the misunderstanding, but many remain critical of the way she portrays her heritage.

Schumer noted that, despite everything, she still wishes Baldwin and her family the best, joking “I hope she gets to visit Spain as much as she wants.”

She concluded: “Look, she’s a mom. She has a million and a half kids, and that’s really hard. So I just — I don’t want them to be going through a bad time. But also, you can’t just pretend you’re from Spain.”

Leslie Jones May Be Reviving a Massively Popular Game Show