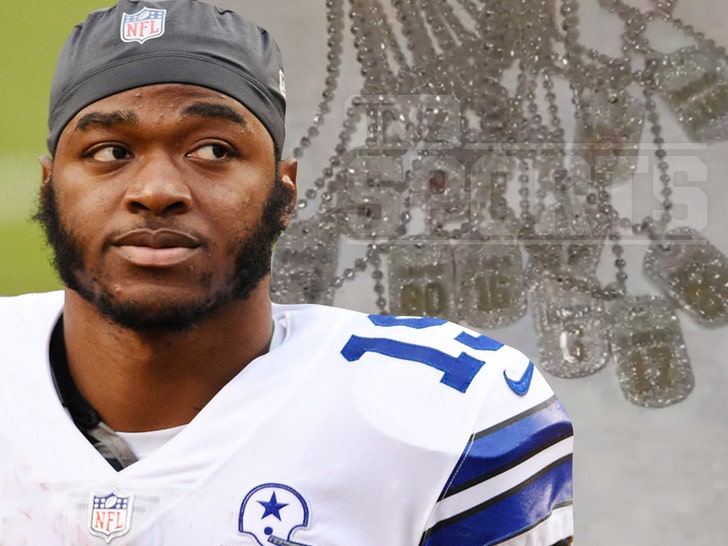 Amari Cooper is making his case for best teammate ever — the star wideout just bought diamond chains for Dak Prescott and members of the Dallas Cowboys receivers … a gift worth $120k total!!

TMZ Sports has learned … Amari wanted to show love to his teammates for balling out so far this season, so he hit up Gabriel The Jeweler to whip up some dog tags for his QB, fellow receivers and a couple trainers. 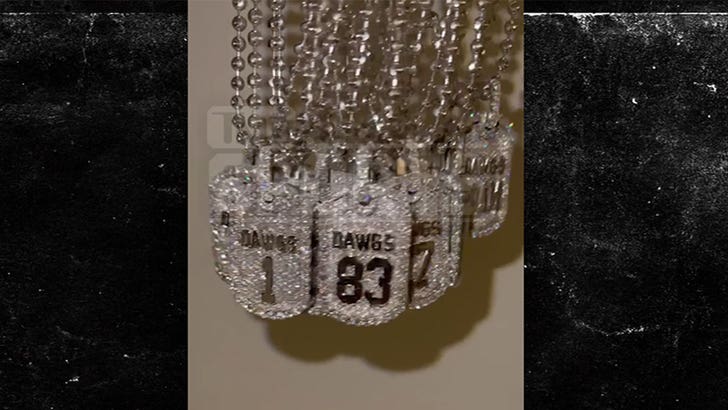 Gabriel — who’s done work for the biggest names in the NFL, like Odell Beckham, Davante Adams and Aaron Donald — made 15 pieces total for Cooper … with each displaying the players’ numbers and the word “DAWGS” etched across the top.

Cooper has gotten some incredible pieces in the past — from his “Route Runner” chain to his own mini Cowboys jersey — and now these chains will fit right in!!

This request actually came in BEFORE the ‘Boys were able to stun the Minnesota Vikings and run away with a 20-16 win on Sunday Night Football without Dak … so the guys definitely deserve the gift.

Gordon Ramsay, 54, ‘wants another child’ with wife Tana after welcoming son 2 years ago

The Truth About Shirley Temple’s Relationship With Bojangles

What We Know About The New Downton Abbey Movie