Britain’s Got Talent judge Amanda Holden has admittedly been left “baffled” after her saucy dress sparked controversy among ITV viewers. The 48-year-old singer slammed critics on Instagram and suggested there are “more important” topics to cover.

Her comments come as the latest episode of Britain’s Got Talent has been rocked by 892 Ofcom complaints, as the controversial series continues.

The long-serving judge sported a stunning floor-length gown which featured a long split, giving viewers a glimpse of her elongated pins.

The dress also featured a lace corset which highlighted her chest. 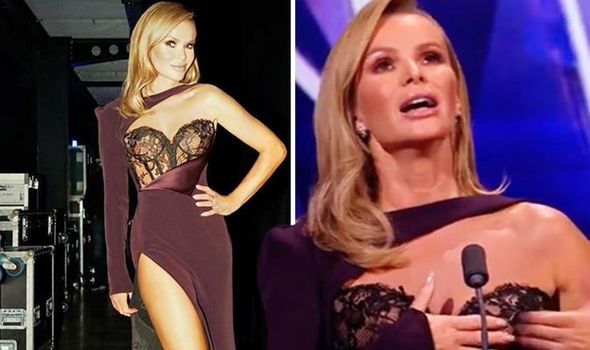 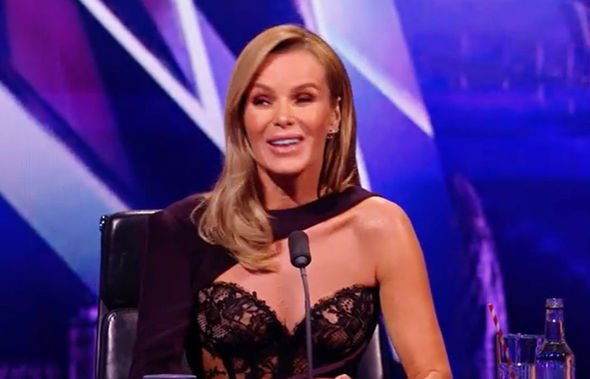 Taking to her Instagram stories, Amanda addressed viewers’ concerns as she responded to the recent criticism.

In view of her 1.6 million followers, the talent judge shared a snap of herself posing on a ladder.

Amanda wrote: “Just to say this dress got a tiny 136 complaints out of the 896 we apparently got that night.

“Surely there are more terrible and important things to write about… do you agree?” 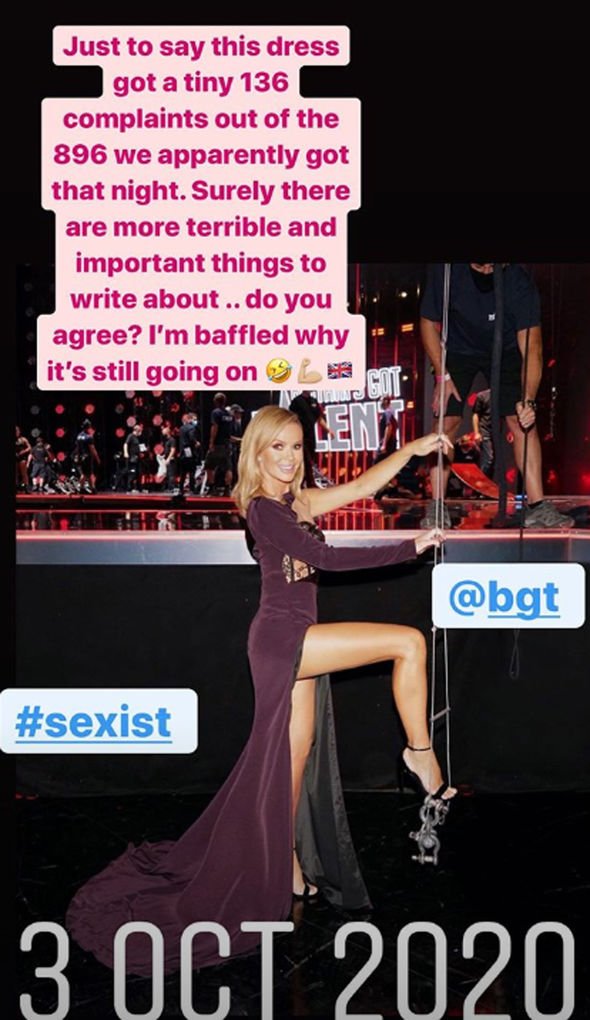 It was revealed the ITV talent show’s 2020 run has become the most complained about TV series of the year, Ofcom has now revealed how Saturday’s episode upset viewers.

The regulator reported that 733 viewers got in touch to vent about comedian Nabil Abdulrashid’s jokes about race.

The remaining 23 complaints recorded by Ofcom for the October 3 episode were about a variety of other subjects, reports The Sun. 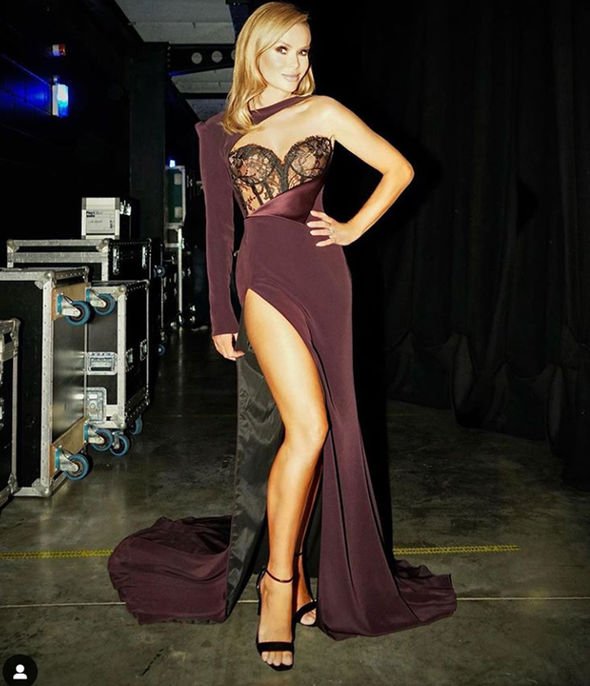 Amanda is no stranger to sparking controversy over her show outfits but has insisted they are approved by the show producers.

“There’s now a whole body of people that knock on my door and come and stare at my chest before we go on air.

“There’s a t*t committee,” she told The Sun.

“There are so many brilliant people, they come down, knock on the door and there’s the lady who’s the producer who said, ‘Mandy, it looks great’.”

She added: “My husband does describe them as being like football studs, but that’s probably too much information.”

Despite the many complaints, Ofcom announced they were not investigating further as they praised the group for their inspiring work.

Following this, Alesha Dixon also caused a stir by wearing a BLM necklace.

Britain’s Got Talent airs on Saturday at 8pm on ITV.

Lori Loughlin Looks 'Forward to Her Day in Court' Against USC