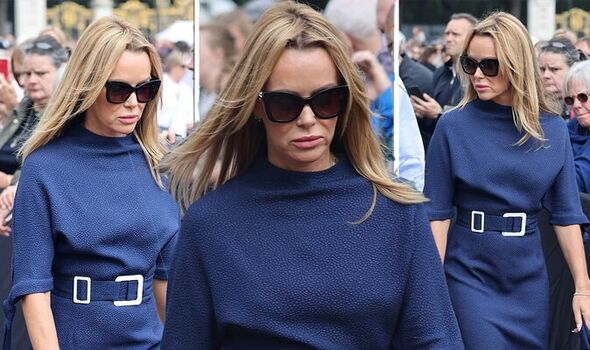 Amanda Holden arrives at Buckingham Palace amongst hundreds of mourners

The 51-year-old TV judge walked the crowds outside of Buckingham Palace as she arrived to pay her respects to Queen Elizabeth II, whose death was announced on Thursday, September 8. The monarch was 96 years of age.

The 51-year-old television personality was photographed looking sombre as she walked to the palace wearing huge sunglasses to cover her face.

Amanda Holden joins thousands of mourners who have gathered outside of the Queen’s residence in London, many of them have left flowers and dedicated notes outside of the gates, remembering the late monarch following her death yesterday.

The accessory worked to cinch in her already slim figure, complementing her hourglass figure as she walked through the streets of London.

The dress was styled with coordinating navy heels and the star accessorised with numerous delicate silver bangles, clutching her phone in one of her hands. 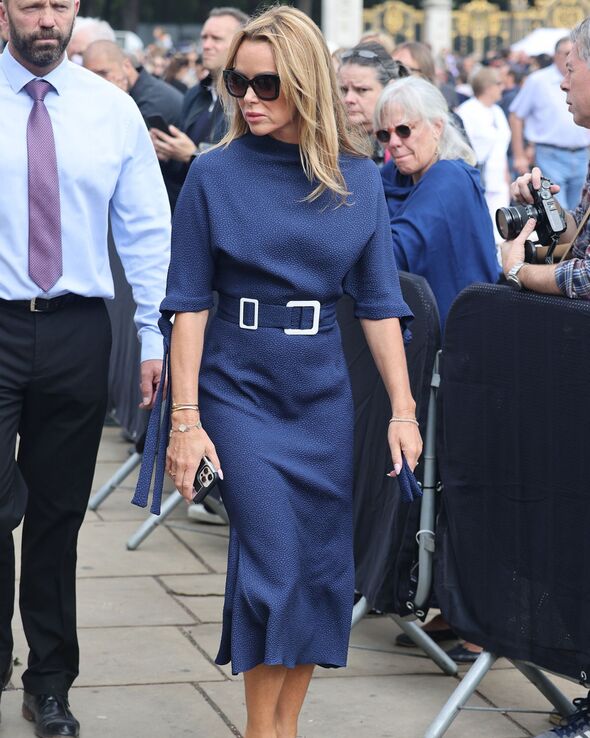 Amanda looks around as tributes for late monarch poor in

As the star walks through the crowds, who are being kept behind a barrier, she looks around as flowers, cards and tributes are being left by members of the public paying their respects. 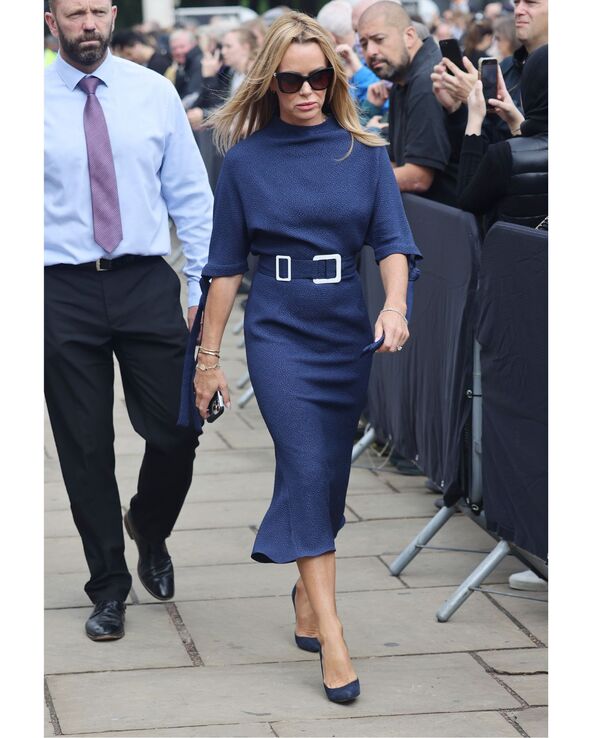 Dressed in a textured navy-blue dress, the star looked elegant and respectful. She paired the dress with a matching belt, which had a silver buckle and small matching navy heels. 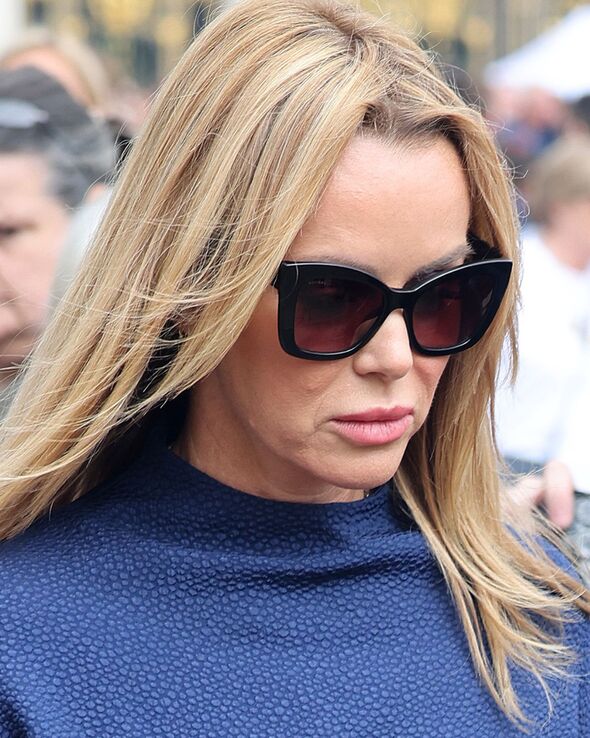 Looking down for some of the walk, Amanda wore sunglasses which protected her face and shielded her eyes from not only the sun, which was peeping through the clouds, but from cameras and the public.