Adele seems to love California, specifically one particular part of Beverly Hills. How do we know that? Well, because she’s snapped up three different properties in the same neighborhood, according to the Daily Mail. In fact, two are right beside each other while the third is directly across the street, which now creates one heck of an expansive (and expensive) estate.

Making her home in the same area as fellow stars like Zoe Saldana, and couples Penelope Cruz and Javier Bardem and Mila Kunis and Ashton Kutcher, Adele also lives close to her famous friends Jennifer Lawrence and Cameron Diaz. In fact, the singer purchased her newest home from Diaz’s sister-in-law, Nicole Richie. Costing Adele $10 million, according to The Dirt, the home was actually never put on the market, but we still have some intriguing details about the impressive abode. Built back in 1957, but expanded and renovated over the years, the home which stretches for over 5,500 square feet and offers four bedrooms as well as four bathrooms is apparently “unconventionally long and narrow.” Outside, the star can enjoy “a park-like backyard” with a swimming pool, spa, and half-basketball court, as well as a patio area.

While the home certainly sounds amazing, you still might be wondering why Adele keeps buying new houses in the same area without selling the ones she already owns. Well, keep reading, because it turns out that she might have a very good reason for these specific real estate moves.

Adele might be buying her homes for a very special reason 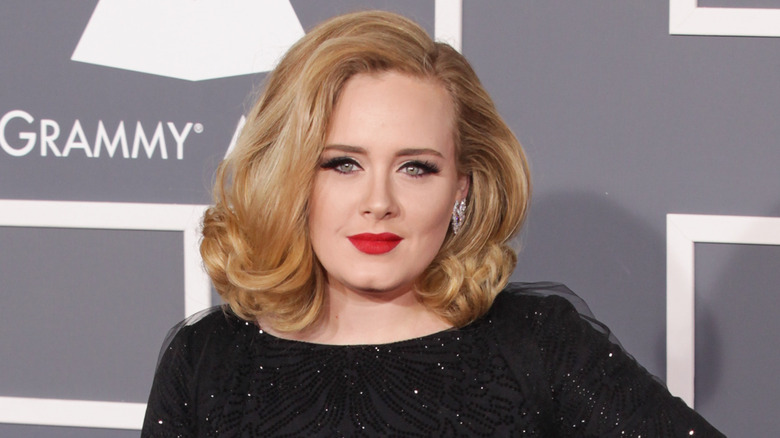 When Adele decided to buy three different homes that are right next to each other in the same neighborhood, she might have been thinking about the fact that they are good financial investments. She might also have merely liked the way that they looked, or have been interested in purchasing homes around each other until she no longer has any neighbors. However, it seems like there’s another very good reason behind why the singer has bought the trio of homes that she has.

First, we have to go back to 2016, which is when Adele picked up a $9.5 million, four-bedroom home, the first of the three that she now owns. When she then split from her now-ex-husband, Simon Konecki, in 2019, she purchased her second home, which is right across the street from the first, for $10.65 million. According to the Daily Mail, she did this so Konecki could still be close to their son, Angelo, without living in the same house. Having Angelo’s father nearby was apparently very important to the musician.

With the purchase of a third home right next door, it’s possible that either another relative is moving in, that Adele wants more room for her current family, or that she’s already bought a home for Angelo so that he’ll stick close to his mom and dad when he’s eventually ready to move out on his own.