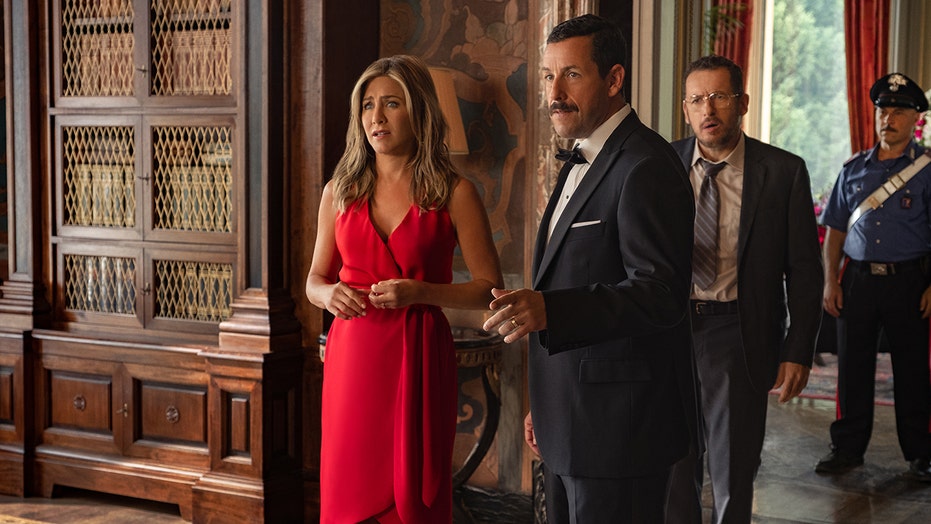 “Murder Mystery,” the latest Adam Sandler film to debut on Netflix, broke viewing records on the streaming service, the company revealed Tuesday. The film, which is co-headlined by Jennifer Aniston, was seen by close to 30.9 million households in its first 3 days, according to a tweet sent out Tuesday afternoon.

A Netflix spokesperson confirmed that the data tweeted out was accurate, and clarified that Netflix only counts views if members finished at least 70% of a film.

Netflix signed a four-movie deal with Sandler in 2015, and doubled down with a deal for another 4 movies in 2017. Netflix’s deals with Sandler came at a time when his movies weren’t faring as well in theaters, leading some to wonder why Netflix was striking these multi-year deals with the comedian. However, if these latest numbers are any indication, Sandler is still drawing huge audiences, at least on Netflix.

Netflix used to keep its ratings secret, with executives arguing that such data didn’t matter for a subscription service that wasn’t relying on advertising. However, in recent months, Netflix has been highlighting a number of hand-selected success stories.

On the company’s most recent earnings call, executives shared that the Ben Affleck-starring movie “Triple Frontier,” ahead been watched by over 52 million member households in its first four weeks on the service. The company’s Fyre Festival doc had been viewed by more than 20 million households in its first month, and its dark superhero series “The Umbrella Academy” attracted 45 million member households in the first four weeks following its release.

During its Q1 earnings call, Netflix chief content officer Ted Sarandos also promised to release more such data in the near future. “Over the next several months, we are going to be rolling out more specific, granular reporting,” Sarandos said. “First to our producers, and then to our members, and be more fully transparent about what people are watching on Netflix around the world.”

As part of that initiative, Netflix began testing Top 10 lists of most-watched content in the U.K. in early May.