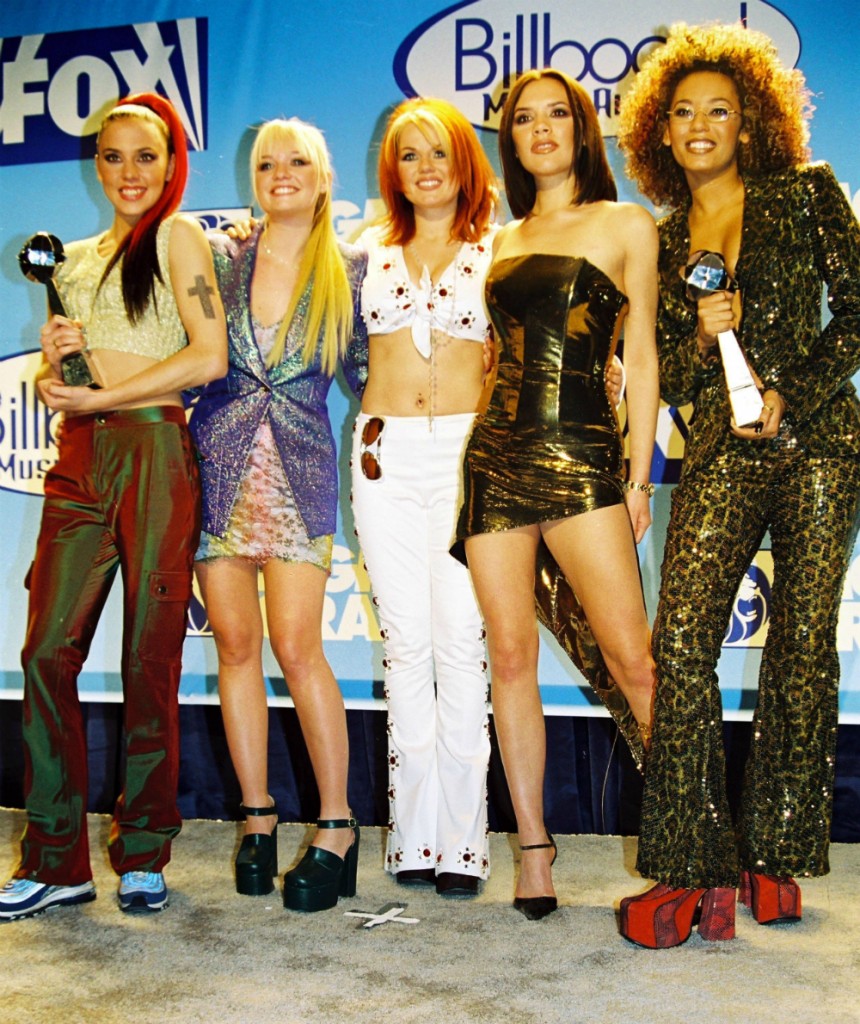 I know this news would have make my former co-worker Corey very happy: The Spice Girl are back, baby! Well, mostly back. As Emma Bunton, Mel B, Mel C and Geri Halliwell – wrap up their big world tour, it was just announced that we’ll be getting a follow-up to Spice World. And Vicky B will finally join them! A full Spice Rack – yay!

All five members of the iconic ’90s group are on board as the studio reveals new release dates.

Paramount Animation president Mireille Soria is bringing girl power to the unit — literally. The studio, which boasts a mostly female senior staff, is in early development on a Spice Girls movie among a slate eyeing two releases a year, starting in 2020.

All five members of the iconic ’90s group — Melanie Brown (Scary), Emma Bunton (Baby), Melanie Chisholm (Sporty), Geri Halliwell (Ginger) and Victoria Beckham (Posh) are on board, with Simon Fuller producing and Karen McCullah and Kiwi Smith writing the screenplay. The animated feature will include Spice Girls classics as well as new songs. The Spice Girls “had an idea that we’ve been developing,” Soria tells The Hollywood Reporter. “They are very involved.”

[From The Hollywood Reporter]

Okay, so it’s only their voices and their animated likenesses, but that’s close enough. I might even go a step further and say it’s almost a better option because animation will allow the story to go anywhere and they can do anything. Yellow Submarine (which I recognize was not the actual Beatles’ voices) was the perfect solution for a band that had already splintered into their own projects. I, tragically, have never seen Spice World but I am hazarding a guess that there’s a reason none of these ladies pursued a proper acting career. Animation will do the heavy lifting there as well. Honestly, I think this sounds really fun and I’m excited there will be new music included. The part of the story being pushed out front is that Victoria Beckham is returning to join them for the movie. The supposition is that animosity kept her from the doing the tour, but I honestly don’t think that was it. I think that Victoria recognizes that she can’t sing well and barely dances and didn’t want to spend the next few months having the media rip her apart for it. She’s got her fashion line and carved out a little corner of comfort there, I think she made the right choice.

People noted that, “details about the film’s plot are not yet available.” I thought getting all five back together was the plot. I guess if they need more ideas, I can muster a few. How about Bedtime Stories with Mel B and Geri. Or How to Contain Your Soccer Balls by Vicky B. Or maybe, The Best Way to Brush with Emma B. Okay, no – honest submission: they are former MI6 agents who specialized in fashion crimes. Decades after they retired, someone steals Posh’s Fall Line and they have to reunite to track it down. The finale is all five performing at a Spice themed Met Gala. 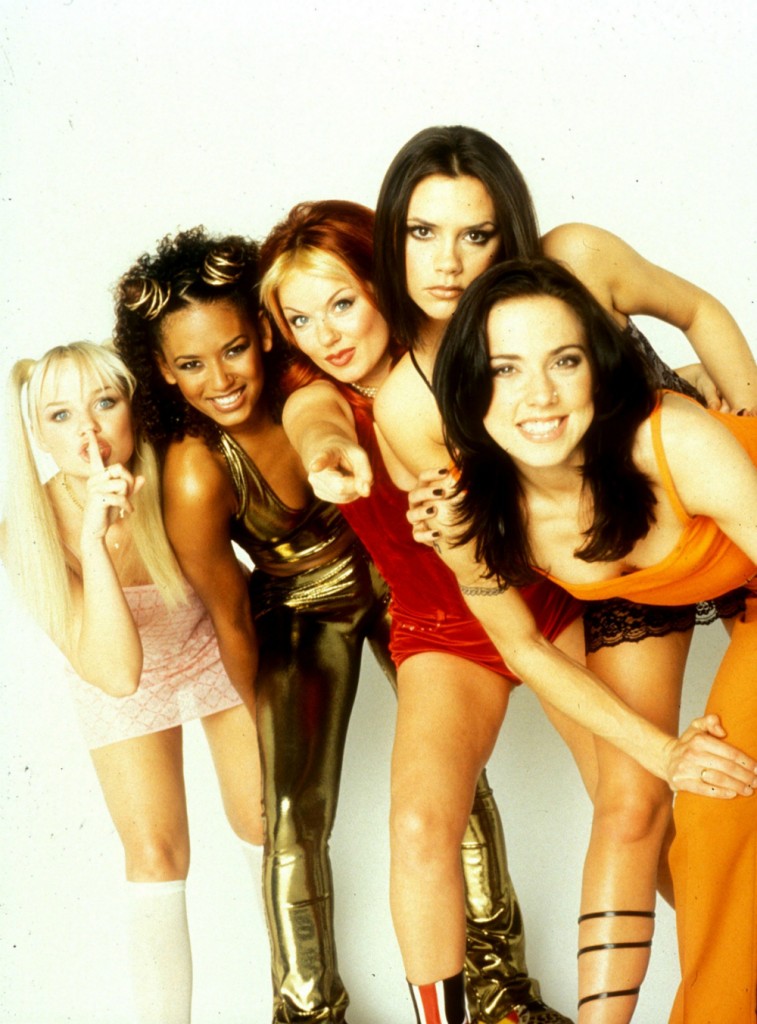 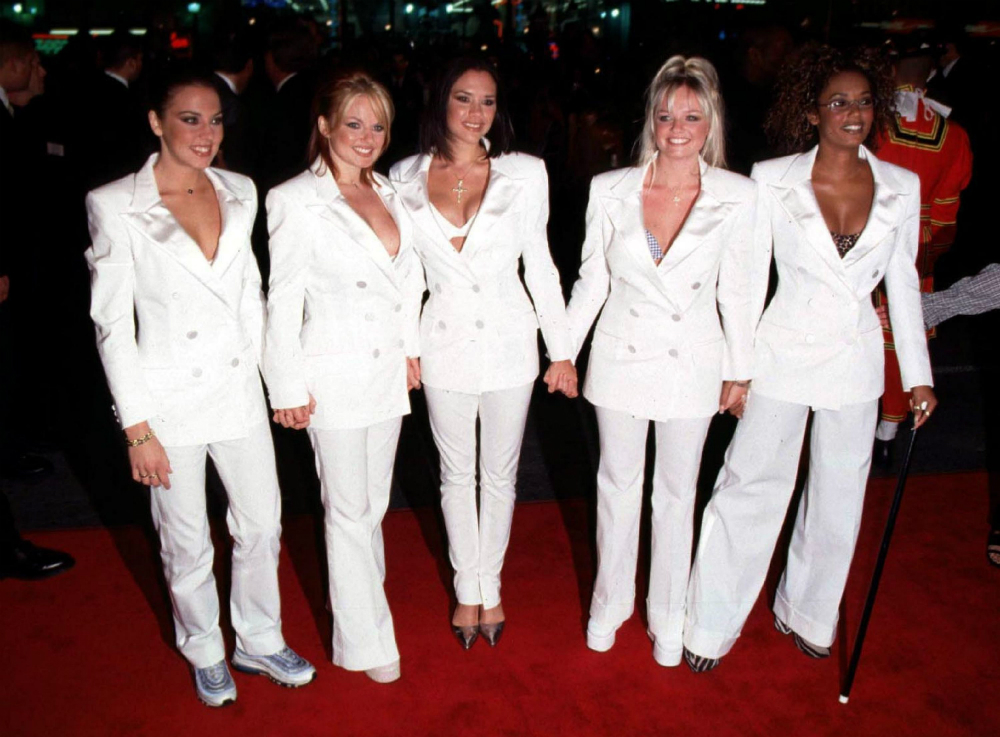 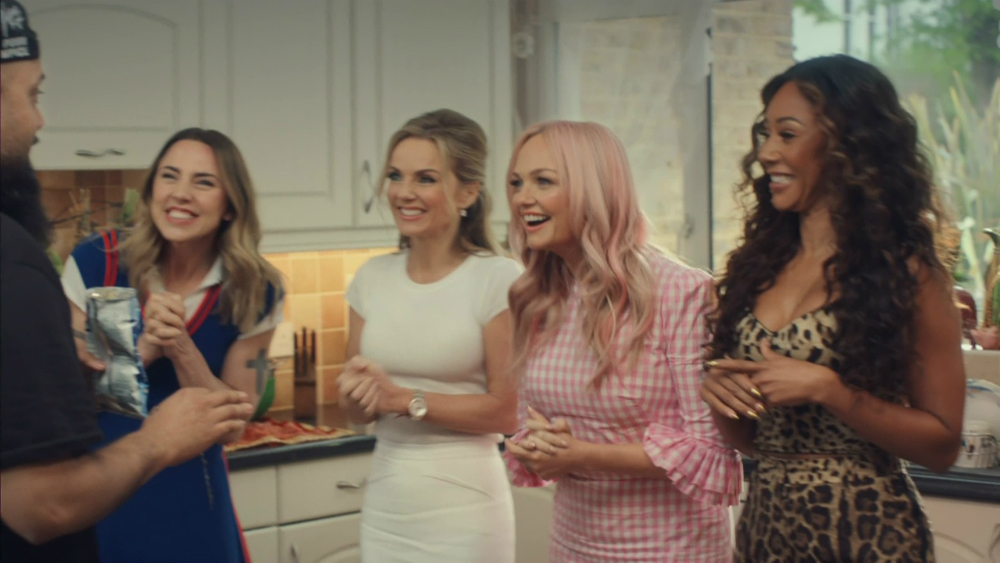