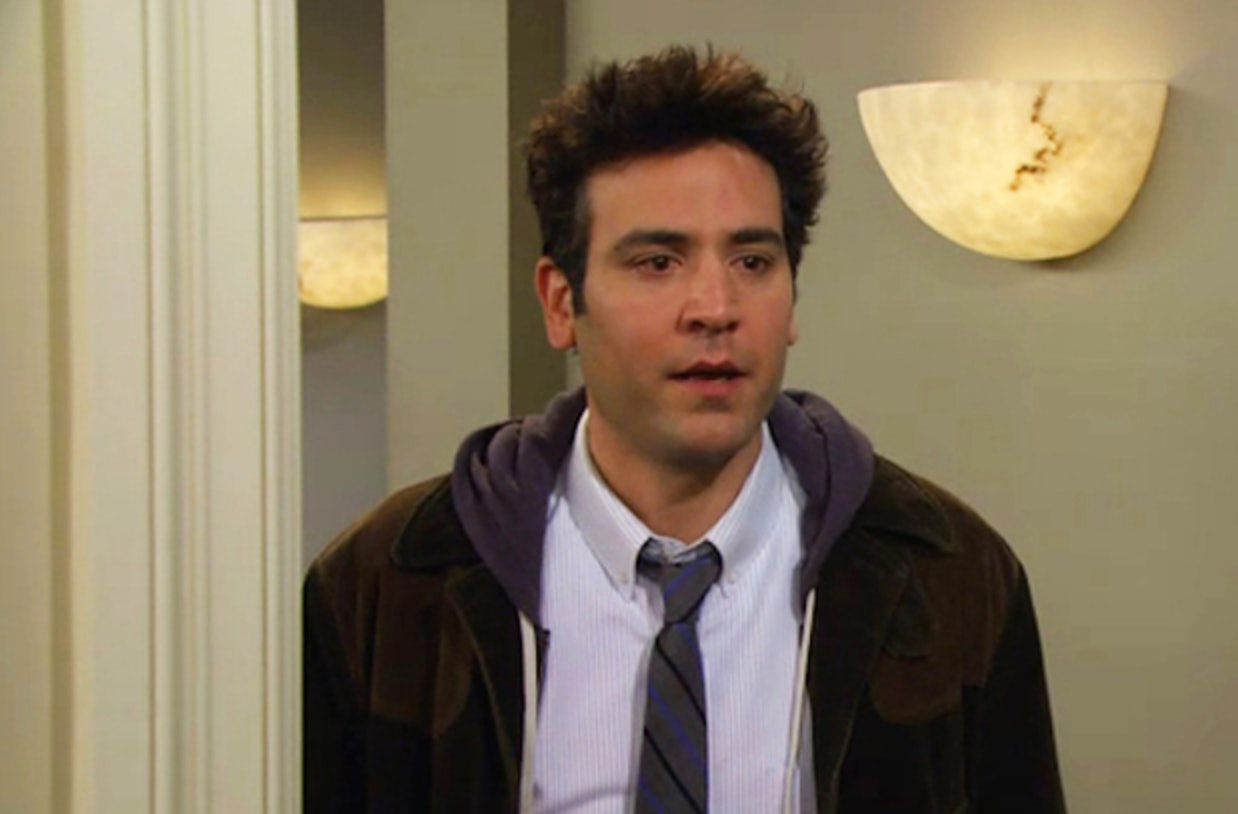 Few shows in television history are quite as legen — wait for it — dary as CBS’ How I Met Your Mother. The nine-season sitcom ran from 2005 to 2014 and documented a group of NYC-based friends as they adapted to the highs and lows of adulthood. While all of the characters brought their own humor and hijinks to the series, it was the main main character who I found time and time again to be the most relatable. After watching the show more times that I’d care to admit, these life lessons Ted Mosby from How I Met Your Mother taught me still stick to this day as I, too, try to handle to adulthood.

In case you need a recap, the series followed Ted (Josh Radnor) and his friends Marshall (Jason Segel), Lily (Alyson Hannigan), Barney (Neil Patrick Harris), and Robin (Cobie Smulders) through happiness and heartbreak. While many fans were upset with the finale (USA Today ranked it as the worst TV series finales of all time in 2018), the show still had plenty to offer.

And luckily, the franchise has the chance for redemption. On Wednesday, April 21, Hulu picked up How I Met Your Father, a sequel series to the original show. The new installment will star Hilary Duff as Sophie, a woman telling her son the story of how she met his dad. Her upcoming role will mirror Radnor’s, and will most hopefully provide just as much wit, insight, and charm as the original lead’s character.

The sequel series has been picked up for 10 episodes, and while there’s no news yet about whether any of the original cast mebers will return, there’s still something you can do while you wait to return to McLaren’s: Rewatch the original series. As you’re once again seeing Barney suit up and Ted fall in love, here are a few more HIMYM life lessons you’ll want to let soak in:

1. Be Creative With Your White Lies

Lying is never ideal, but if you’re going to tell the occasional white lie, it’s important to be smart about it. While ~eating sandwiches~ are much more legal nowadays, choosing which facts to omit from his story helped Ted save face with his kids.

2. Think Twice About That Tattoo

As a big fan of tattoos, I’m always in support of getting a little ink. But as Ted can attest, you might want to think through your decision before going under the needle. After getting a butterfly tatted on his lower back, he eventually had costly (and painful) laser treatments to get it removed. Though he dated the doctor who removed the tattoo, things didn’t work out in the long run, so not even that made the whole ordeal worth it.

While it might seem like a fun idea to drastically change your looks on a whim, give it some thought unless you’re cool with paying some major cash to reverse it if you hate the results.

As you’re cuing up Spotify for an epic cross-country journey, don’t forget to include Marshall’s favorite song, "I Would Walk 500 Miles." It’s the perfect hype jam to keep you cruising long after the thrill of starting the journey has worn off.

One of the deeper lessons Ted learned throughout the series was that nothing good happens after 2 a.m. Even though it’s something his mother always told him, he didn’t listen and ended up blowing things with both Victoria (Ashley Williams) and Robin in the same night.

Occasionally, your night might keep going for all the right reasons, but it’s important to know your limits. Learning how and when to call it could be essential for your health, your wallet, and your relationships.

5. Be Willing To Take The Blue French Horn

Don’t literally go steal a blue french horn, but be open and willing to make those grand (sometimes romantic) gestures. Whether it’s to support a friend or to show how much you care, living quietly isn’t always the answer. Sometimes you need to make a splash to really get your point across.

6. Mistakes Are A Part Of Life

No matter how hard you try to do the right thing, occasionally you’re going to mess up; Ted did more times than I can even count. Instead of beating yourself up over it or always expecting perfection, give yourself grace and keep moving. Life is about what you do after you fall, not how you avoid every potential stumble.

Breakups can feel pretty brutal when you’re living through them. Whether you’re a serial dater like Ted or you just hit a low point with your true love like Lily, chances are you’ll experience heartbreak multiple times in your life. Eventually, no matter how painful, you’ll be able to move on, as long as you don’t give up on love.

Neither are anniversaries, holidays, or weddings. Ted somehow managed to dump Natalie (Anne Dudek) not once but twice on her birthday.

Granted, you never want to string someone along if you know things aren’t going to work out, but pick your timing wisely. If you can wait a day or so (or break up with them early) to avoid causing pain on their special day or embarrassing them in front of their friends, it’s totally worth it in the long run.

Whether or not you’re meant to be, being in a long-distance relationship is hard work. Just because Ted couldn’t handle the pressure with Victoria, that doesn’t mean your own bond will falter. You have to be willing to put in the work, be open with your communication, and be prepared to make a whole lot of care packages.

You never know who you’ll meet or what the weather will be like when you’re out. Besides, if it does start to pour, you can always share your umbrella with the cute guy at the train station who used to date your roommate.

After breakups, makeups, moves, and children, Ted, Lily, Marshall, Barney, and Lily managed to steadfastly support each other. Adulthood comes with a lot of change, but no matter how complicated and busy things get, it’s important to remember the friends who’ve always had your back.

As viewers saw from Ted’s journey, some love stories don’t last forever, but that doesn’t make them any less meaningful. As Ted puts it, “Love is totally nonsensical. But we have to keep doing it or else we’re lost and love is dead, and humanity should just pack it in. Because love is the best thing we do.”

How I Met Your Mother is streaming now on Hulu.