The newest TLC series ‘1000-Lb. Best Friends’ premieres February 7, and HL has an EXCLUSIVE preview of the first episode. Meghan gets frustrated after Vannessa yells at her.

Best friends Vannessa and Meghan, along with Tina and Ashely, are battling obesity in the new series 1000-Lb. Best Friends. In our EXCLUSIVE preview of the February 7 premiere, Meghan tries to help Vannessa with her workouts, but it doesn’t go so well.

“Even though I haven’t eaten as healthy as I know I should, Meghan tries to keep me on the right path. She’s always got a new crazy friggin’ workout to try,” Vannessa says. Meghan admits she’s always thinking of ways to make exercise fun. “I try to find ways to make things fun for us, but unfortunately that’s not easy being big girls,” she reveals. 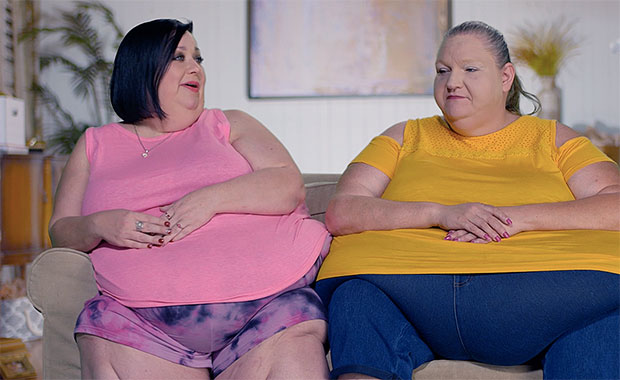 Meghan has already had weight loss surgery and wants to help her bestie get back into exercise. They try to work out together and do a hula-hooping exercise. Vannessa struggles with the exercise tool right off the bat.

When Meghan tries to help, Vannessa snaps at her, “Shut the f**k up for a goddamn second.” Vannessa is frustrated because the exercise tool is right under her chest, which is not the right way to use it.

“Frankly, I don’t know why Vanessa’s yelling at me because I’m trying to help her out. It’s not my fault she’s overweight. She needs to take accountability for herself,” Meghan says through tears. “It makes me so angry because I just want to shake her and say what is it gonna take? I don’t want to bury you.” 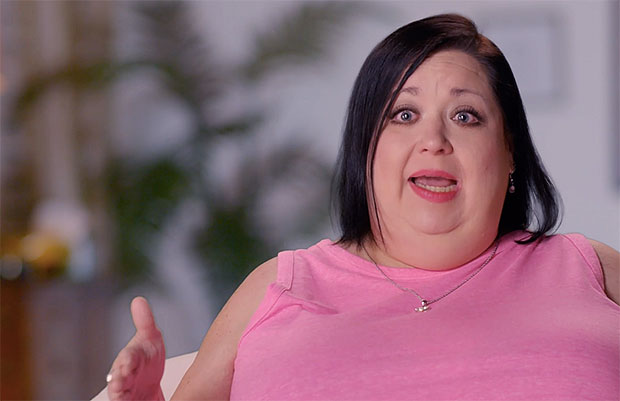 Vannessa and Meghan’s journey first began on the series Too Large. They were bullied for their weight all the way back in middle school and ever since then, they have had each other’s backs. When Meghan peaked at almost 600 pounds, they decided it was time to take control of their lives and pursue weight loss surgery. Meghan qualified while Vannessa didn’t. However, Meghan’s weight loss has stalled out since she went ahead with the surgery. The series 1000-Lb. Best Friends will air Mondays at 10 p.m. on TLC.