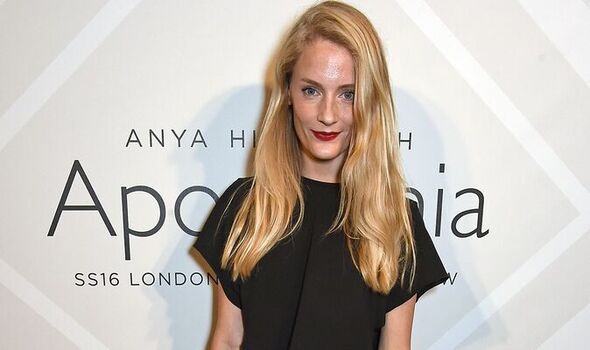 And she said it was “mind-blowing” that her story, Evil In Small Places, was chosen to open Marple, a new collection which features 12 British and American female writers including Kate Mosse, Val McDermid and Jean Kwok. The collection went straight into the best-seller’s list at number seven a week ago, providing further evidence of the enduring popularity of Christie, known as the “Queen of Crime”.

Lucy, 36, had just given birth to her son two years ago when she was asked to write one of the short stories. She says: “I thought, ‘is this real?’ Because it is a huge honour but also quite intimidating. I thought about it for a second, thinking ‘how do I do this?’

“I didn’t even know if my brain still worked in the same way, to be able to write an Agatha Christie short story.

“I have read Christie books and short stories since I was a child. I enjoyed the Poirots at first but as I became older I began to appreciate Miss Marple for her character, and subtlety of her methods.

“She is so witty and has a really dark imagination. It was such a fun thing to imagine myself in her world.”

Lucy, who lives in West Sussex, added: “The Miss Marple books and stories are one of the reasons people think of Agatha Christie as a cosy crime writer but they’re far from it. There is something sinister about people in close-knit communities, who know each other well, plotting to kill each other.

“There is a lot of bitterness and jealousy and spite that surfaces in her books.

“That was something I really wanted to dig into in my short story.”

In Lucy’s tale, Miss Marple visits her friend Prudence in a small town in the South Downs which has an annual torchlit procession celebrating the burning of Protestant martyrs in medieval times. On her story about being chosen to open the collection, Lucy said: “That was just mind-blowing. I was thrilled but it’s also nerve-racking as it sets the tone for the whole book.”

She spent more than 18 months working on it, saying: “I really wanted to be living and breathing Marple before I wrote it, so I read everything Marple and watched all of the TV adaptations before I started writing.

“I spent a year thinking about it, six months of actively researching it and then a month actually writing it.”

Lucy, who was a special guest at the Capital Crime Writing Festival in Battersea Park, London, yesterday, says: “With short stories, you have to do so much in such a short space of time, with a good twist at the end.

“In many ways, I think it’s actually easier to write a full novel than a short story. They are wonderful nuggets, a sort of literary snack rather than a three-course meal.”

Lucy studied English Literature at Durham University and worked in publishing before penning three best-selling mysteries, The Hunting Party in 2019, The Guest List in 2020 and The Paris Apartment this year. ? Marple (HarperCollins, £20) is out now. To order visit www.expressbookshop.com or call 020 3176 3832. Free UK P&P on orders over £12.99

Lifting the veil of secrecy: What’s life really like for Saudi women?

Winds of Winter: Night King could be left out of the final George RR Martin novel