Almost 10 years since the last A Song of Ice and Fire book was published and fans are still waiting for The Winds of Winter release date. Nevertheless, Game of Thrones book expert BryndenBFish has revealed he has news from his insider sources. Allegedly, there are two publication dates in consideration for George RR Martin’s new book.

Asked on Twitter for an update on The Winds of Winter’s publication date, BryndenBFish responded: “I’ve heard a few dates tossed around by industry people.

“The most compelling, believable one has it that GRRM currently has [redacted] with an expected publication date of [redacted].

But then clarified: “But I’ve heard plausible dates before.” 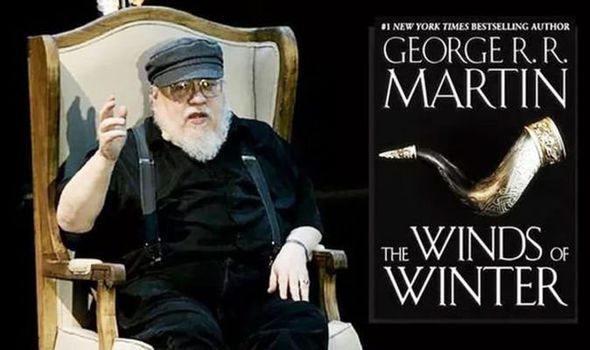 The ASOIAF expert has previously shared that he believes that The Winds of Winter will indeed be published this year.

He tweeted in December: “All teasing aside, I think 2020 will be the year TWOW gets published. I have faith in my sources.”

Fans will remember that back in May 2019, Martin wrote on his blog of attending the WorldCon in New Zealand during Summer 2020 and set himself a deadline of having The Winds of Winter in his hands when he arrives for the July 29 start.

However, BryndenBFish doubts the author will be finished by then.

A fan asked: “Do you think he’ll make the soft deadline of Worldcon?”

The A Song of Ice and Fire expert replied: “No lol.”

It’s also worth considering that the coronavirus pandemic could delay The Winds of Winter release further.

In fact, some fans and A Song of Ice and Fire sites think 2021 does appear more likely for publication despite BryndenBFish’s assertions.

On the ASOIAF Reddit, InfernoBA wrote: “WorldCon begins on July 29. If he wants a copy of the finished manuscript in his hand, he has exactly five months to get it done.”

“Is it possible? Keep in mind he’s been optimistic about completing TWOW practically every year since 2015, but on the other hand, it has been nine years so maybe he’s actually close.

“Ah, the eternal dilemma of a ASOIAF fan who wants to believe but can’t bring him/herself to.

“If he wants a published copy in his hand, well . . . I’m not so sure about that one chief . . . unless GRRM has a surprise announcement in store for us this week.”

Meanwhile, other fans believe the 71-year-old author is taking so long because he wants to get the book perfect.

After all, Martin has not won the Best Novel Hugo Award for one of his A Song of Ice and Fire books as of yet.

However, his most recent novels in the series have been nominated.

Hopefully, some official news is not too far away for The Winds of Winter’s release.

The Explosive Y.A. Novels Fans Have Been Waiting For

Phoney war that left London ‘like an anxious hostess’