Why STOLEN diamonds are a girl’s best friend: Woman who used crime to fund her glamorous lifestyle reveals how she distracted shopkeepers while stealing jewels from luxurious stores

From earliest childhood, as a poor black girl growing up in the coal mining district of Cleveland, Ohio, Doris Payne was mesmerised by the diamonds and emeralds depicted in magazine advertisements. Sparkling chips and rocks represented ‘money and status’.

Utilising her burgeoning sexuality — ‘I had the hourglass figure I knew would get me the attention I wanted’ — Doris set about turning herself into a glamorous person, with crime the shortcut.

Not that she sees her career, as outlined in her memoir Diamond Doris, as nefarious. Doris would prefer to describe herself as a skilled businesswoman: ‘I take jewellery and re-sell it.’ 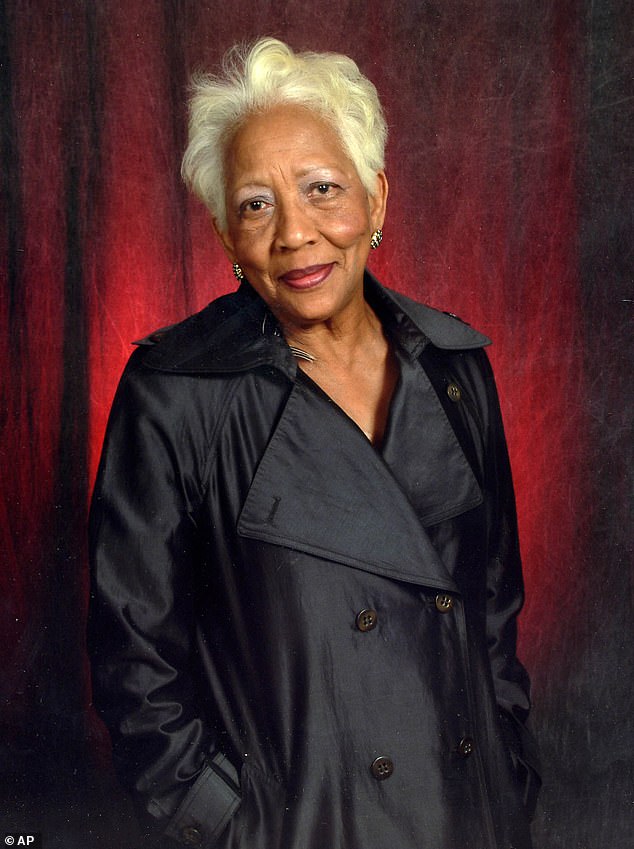 Actually, Doris’s excitement about the risks she took is infectious. Posing as a rich lady, immaculately attired in a tapered suit, a pillbox hat, furs and silk stockings, Doris would enter Garrard, Van Cleef & Arpels, Bulgari and Cartier, and swan off with priceless rings, watches, brooches and bracelets.

Her film star attire (she was often mistaken for Diahann Carroll) and deportment were key to the confidence trickery, the plan being to ‘make any jeweller think I was a woman of class, not a woman on a mission to steal’.

By distracting the assistants, starting up conversations, making eye contact so they’d not look down at the counter — by being over-familiar and flirtatious and seemingly ditzy — Doris’s object was to create confusion: ‘Confusion was opportunity.’

Once the trays of jewellery were on the counter, Doris operated like a card-sharp or illusionist. She’d try on the ring she desired — ‘I took that off, I tried on others, I moved it to the other hand, I took two and put both on one finger at a time, I took one off and put it on the other hand, I looked at both hands, held one hand up and put the other one on my lap . . . ’

It was a practised routine, ‘as simple as swiping a loaf of bread’. Doris says people were so hypnotised, they clean forgot their rings were now in the palm of her hand.

Saying she’d be back tomorrow to make a final decision, or that she had to rush as her chauffeur was double-parked outside, Doris would make a speedy exit.

In fact, Doris arrived in town by bus from Cleveland. She got dolled up in the ladies, and hid her swag in her bra — usually a two-carat diamond ring surrounded by a halo setting of sapphires, worth about $30,000. Next, she would head for a pawn shop or a trusted ‘fence’, who’d give her a third of the stones’ value in cash. There was an eager market for the stolen goods among professional baseball players and local politicians.

She was at large in New York, Las Vegas, Los Angeles, and later in Monte Carlo, Paris and Zurich. The two main rules she imparts are: never come in the same car you plan to leave in, with a back-up escape route ready involving taxis and trains. Secondly, having carried out the theft, scarper immediately, even if it means abandoning luggage at the hotel. 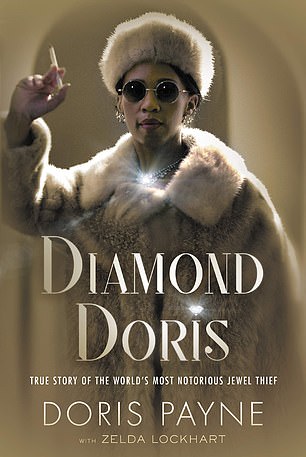 It all appears to be a great game of make-believe but, if Doris’s motivation goes back to the way she ‘loved fashion, beautiful hair-dos and a look of class,’ when she was growing up in a poverty-stricken black family, her memoir also implies dark, twisted trauma, too.

We are given horrific accounts of her father’s abuse — he would regularly beat up Doris’ mother, ‘his fists like a hammer’, punching her head, kicking her in the ribs. Eventually, unable to stand by any longer, Doris poured a pot of boiling beans over her father, as he was pounding her mother in the face.

Oddly, Doris’ father never punished her — her own violent deed earned respect. Yet her big lesson was: ‘If a man ever thought of striking me, that was going to be the end of him.’

With the cash proceeds from her heists, Doris bought her seamstress mother a house, plus ‘nice handbags, shoes, patterns for Mom to sew me nice dresses … all the things to help me make a better life for myself’.

Of course, none of Doris’s heists could be pulled off today, with CCTV and other surveillance strictures — her heyday was the 1960s and 1970s. Doris was finally caught in 2013 for a crime she’d forgotten she’d committed: passport fraud. Years before, fleeing Belgium, Doris had needed a new passport and had given a false name. The FBI came after her and she ended up in the Central California Women’s Prison Facility.

Doris is now around 90, back home with a security tag on her ankle. She has never confessed, nor expressed remorse for what she did.

If she is unrepentant, it is because crime got her out of the black person’s downtrodden rut, liberating her from ‘being humiliated at work, attending church on Sundays, having routine relationships that don’t go nowhere.’ Diamond Doris is sassy, ballsy, engaging, but probably best not to call it inspiring.