There goes an egg, sailing across the living room to smash into a sideboard. And here comes a big chunk of coal, hot from the fireplace, headed straight for somebody’s skull. What do you think — time to call Ghostbusters?

The chief spook hunter in Kate Summerscale’s delightful period piece, “The Haunting of Alma Fielding,” is Nandor Fodor, a Hungarian-born investigator at the International Institute for Psychical Research in London. Fodor had first become interested in the paranormal while working as a journalist in New York City. But it wasn’t until he moved back to England that he immersed himself in the spiritualist movement, joining the Ghost Club, the London Spiritualist Alliance and other organizations of true believers, writing for their publications and attending séances. “A séance room was a permissive place,” according to Summerscale, “mystical, tactile, erotically charged.”

Fodor was keen to catch the poltergeist that was creating havoc at Alma Fielding’s home, but he wasn’t exactly bringing an open mind to the investigation. In fact, he was hoping to find proof of his theory that “repressed traumatic experiences could generate terrifying physical events.” But if Alma’s mischievous poltergeist was the invention of her own agitated psyche, then what memory was she suppressing? 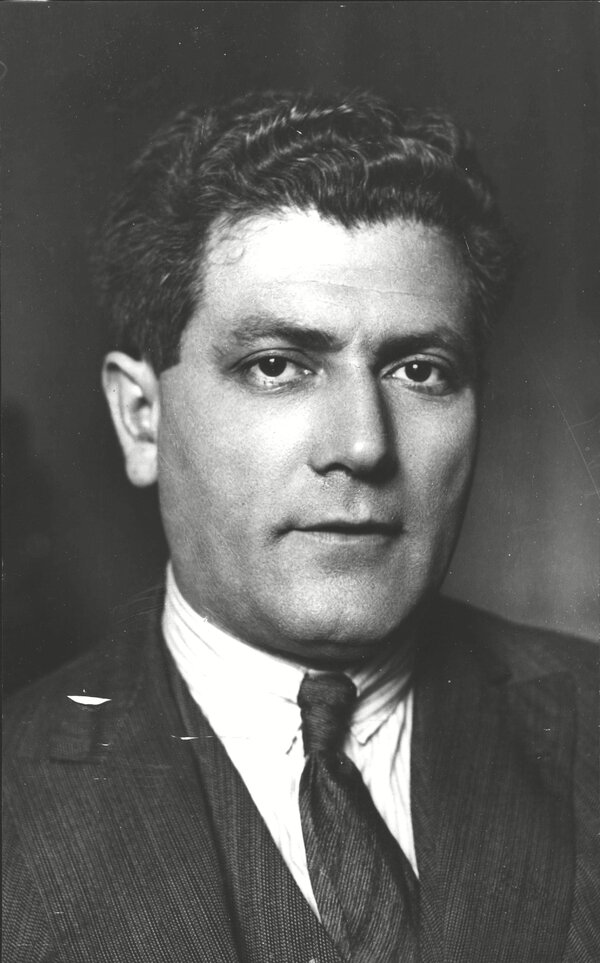 The psychological perspective Fodor brought to the case made good sense for a professional man of his era. It was 1938, after all, and he had certainly read Freud’s work, especially “Studies in Hysteria.” When Fodor made Freud aware of his own work (his wife, Irene, hand-delivered the report to his home), the great man actually sent him a handwritten letter, congratulating him on his scientific approach to a supernatural mystery. “Your efforts to study the medium psychologically,” Freud wrote, “seem to me to be the right steps.” Fodor was over the moon.

In 1938, Londoners didn’t really need a psychiatrist to tell them why they felt jumpy; all they had to do was look around. Mussolini was making bellicose threats in Italy, Hitler had massed 80,000 troops on the Austrian border and England’s prime minister, Neville Chamberlain, was anxiously gnawing his cuticles over these ominous threats of a second world war. In other words, Fodor had the misfortune to be living in interesting times. But although he took up Alma’s case in hopes of uncovering authentic otherworldly origins, he was also up for “action, laughter, adventure.”

So were many other Britons, who saw spiritualism as an uneasy fusion of religious conviction and harmless entertainment. After suffering the loss of three-quarters of a million friends and family members in the Great War, and about 250,000 more in the influenza epidemic that followed, the grieving families, friends and sweethearts left behind yearned for any connection, however morbid, with their lost ones. Sir Arthur Conan Doyle was one of these believers. He had long dabbled in spiritualism, but he embraced it more fully when his eldest son, weakened from his war injuries, died of the flu in 1918. Spiritualism, Conan Doyle said, was “a breaking down of the walls between two worlds … a call of hope and of guidance to the human race at the time of its deepest affliction.”

A journalist by profession, Fodor was no pushover. At séances, he was open to the voices of the dead emanating from the afterlife, but still prepared to uncover and debunk fraud. In a seven-part series written for the weekly newsmagazine The Leader, he exposed the phony levitations, table-rappings and other shabby tricks of a number of fashionable psychics. (He caught one charlatan actually wrapped in a white sheet.) As Summerscale dryly observes of Fodor’s conscientious efforts to play detective: “He was learning that the golden age of psychical study was also the heyday of the supernatural hustle.”

Unlike the showy theatrics adopted by other psychics, Alma’s displays of otherworldly powers were remarkably modest. Except for the pretty rings that seemed to fly through the air onto her fingers, the spoils from her “psychic shoplifting” at down-market shops like Woolworth’s were humble. Local newspapers made note that, unlike the “honest, upright ghosts of decaying castles and ancient halls,” Alma’s mischievous poltergeists were “domestic hoodlums: destructive, subversive, uncouth” spirits plucked from the low end of the social scale. Even on the psychic plane, it seems, the rigid order of England’s class system remained intact.

As amateur detectives go, Fodor can be humorless, but he’s redeemed by his earnestness. There’s something endearingly boyish about his awed wonder when a glove Alma was wearing on her right hand suddenly peeled off and reappeared on her left hand, or when the wristwatch he slipped into her right coat pocket mysteriously migrated over to her left coat pocket. But he soon began to suspect that Alma was a fraud, becoming so skeptical that he was even drummed out of the International Institute for Psychical Research, which was worried about how he had conducted himself during the investigation.

It’s easy to understand what Fodor hoped to gain from proving that poltergeist activity was triggered by trauma. But what about Alma? What was in all this for her, aside from some cheap jewelry? Well, this is where the Jungians take over from the Freudians. Always prescient about the social status of the women she studies, Summerscale notes that Alma was the very model of a colorless, faceless, powerless housewife. But a housewife with psychic powers could escape those social constraints. “A medium could undertake extravagant feats of mobility — astral projection, transfiguration, time travel, levitation,” Summerscale notes, “and in doing so escape the constraints of her gender and her class.”

It wasn’t exactly the same as turning herself into an all-powerful male, but it was close enough.

The best philosophy? Have lots of sex!