Tony Horwitz earned his Pulitzer Prize in 1995, reporting for The Wall Street Journal on the bleak and awful working conditions of America’s low-wage earners — embedding himself in a poultry plant alongside those toiling on the risky, gruesome “disassembly lines,” and capturing the harrowing monotony of the silent “cage” where workers opened envelopes for other companies in a room where talking was prohibited and the windows were covered.

An immersive journalist with an open heart, enormous curiosity and impeccable journalistic chops, Horwitz’s longer dispatches began almost a decade earlier, when the former union organizer and education reporter married Geraldine Brooks, the novelist and journalist who would also win a Pulitzer Prize, and the couple moved to Australia, Brooks’s home country.

There, while a general assignment reporter for the Sydney Morning Herald, Horwitz found time to hitchhike through the Outback, delivering a comic and energetic account of his 7,000-mile odyssey through bush pubs, the dusty red desert and the weird heart of Australia, in his first book, “One for the Road” (1988). He would hone his technique, a compelling blend of history, humor and participatory journalism, for the next three decades. Like Joseph Mitchell and Pete Hamill, Horwitz has long been a collector of the world’s great characters, and he used his journalism to tell their stories, and ours. Herewith, a brief Horwitz reader. 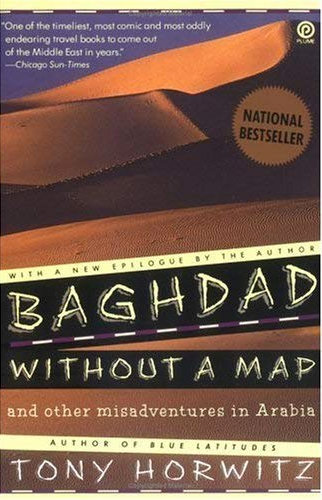 “Baghdad Without a Map and Other Misadventures in Arabia” (1991). When Brooks got a job as a Middle East correspondent based in Cairo, Horwitz, who was a freelancer at the time, filed dispatches to various publications from 15 Arab countries, capturing, with humor and compassion, the human cost of the economic hardship he found there. It’s still a terrific cultural Baedeker to the region. In 1990, Horwitz joined the staff of The Wall Street Journal, covering Europe and the Middle East. That same year, he and Brooks won the Overseas Press Club’s Hal Boyle Award for their coverage of the Persian Gulf War. 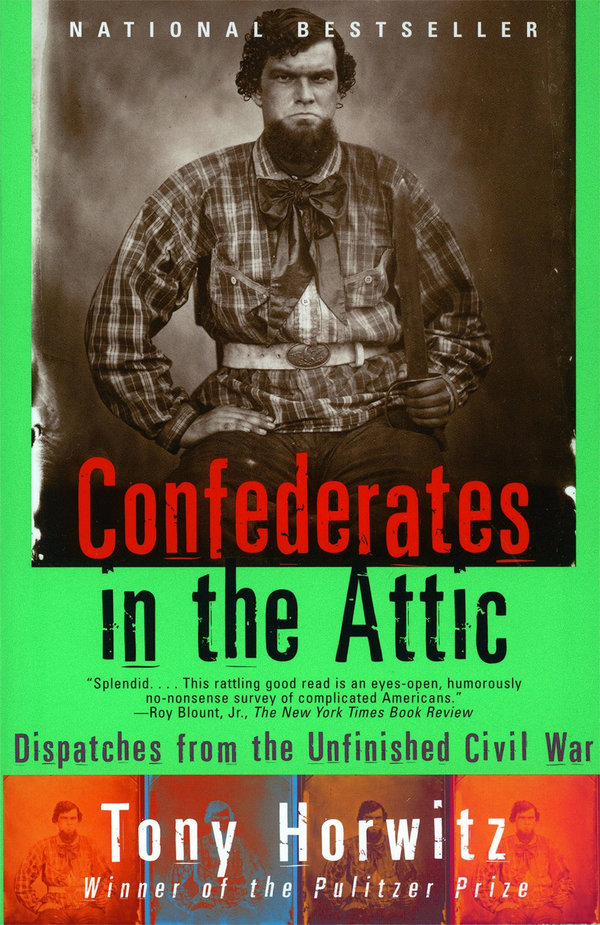 “Confederates in the Attic: Dispatches from the Unfinished Civil War” (1998). A deep and hilarious dive into the world of Civil War re-enactors and other Civil War buffs. “The freshest book about divisiveness in America that I have read in some time,” wrote Roy Blount, Jr. in his review. 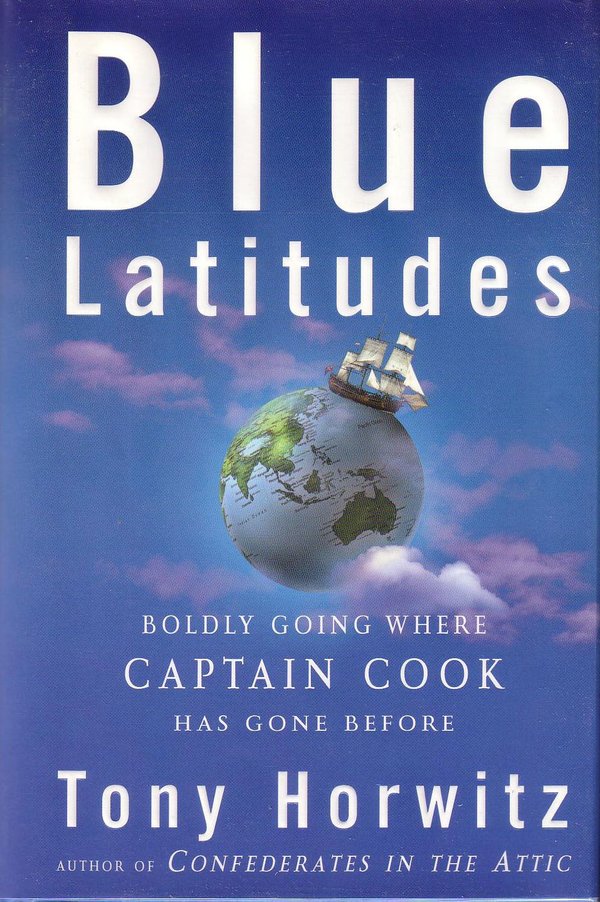 “Blue Latitudes: Boldly Going Where Captain Cook Has Gone Before” (2002). A poignant, sometimes hapless, retracing of Cook’s Pacific journeys explores the havoc — cultural, environmental and ecological — that was the inevitable aftermath. “Horwitz is intrepid in tracking down the modern manifestations of this legacy,” wrote Robert R. Harris. “But what he also does, and what makes this book so absorbing, is intersperse among all the details of life today in these far-flung places an elegant running account of Cook’s exploits.” 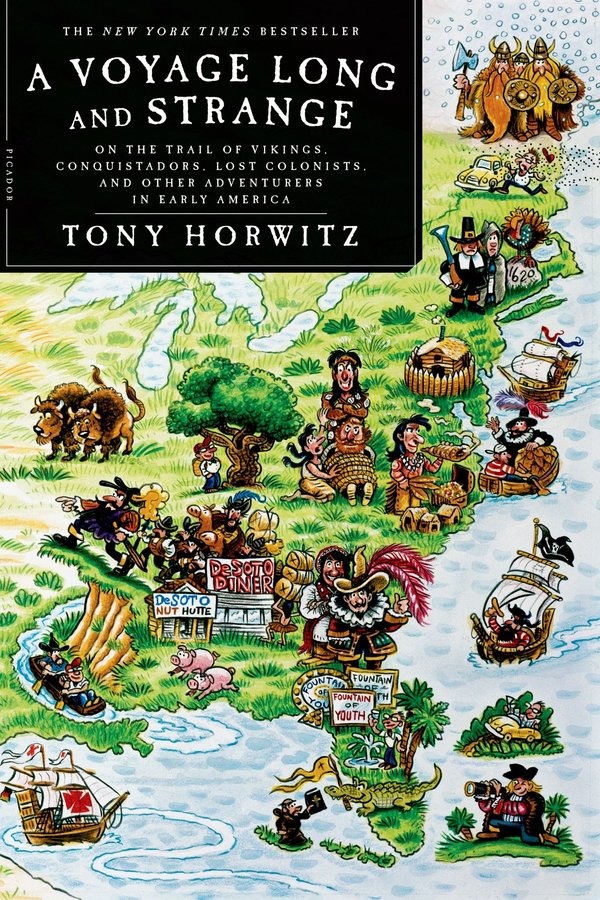 “A Voyage Long and Strange: On the Trail of Vikings, Conquistadors, Lost Colonists, and Other Adventurers in Early America” (2008). Horwitz dons armor as a Conquistador re-enactor and undertakes similar adventures to mimic those of the European explorers who hurled themselves into the Americas after Columbus mistook the Bahamas for the East Indies, and before the Pilgrims landed at Plymouth Rock in 1620. 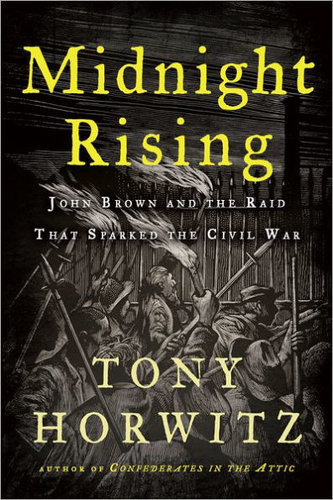 “Midnight Rising: John Brown and the Raid That Sparked the Civil War” (2011). This biography of the stern and bloody abolitionist John Brown is a departure from Horwitz’s whimsical histories and first-person odysseys. In his review, Kevin Boyle wrote, “Horwitz has given us a hard-driving narrative of one of America’s most troubling historical figures: the fearsome John Brown, whose blood-soaked raid on the federal armory at Harpers Ferry, Va., in October 1859 — a ‘misguided, wild and apparently insane’ act, in the abolitionist William Lloyd Garrison’s words — helped to push the nation into the most devastating war it would ever endure.” 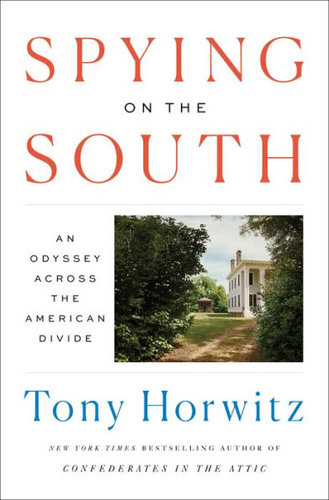 “Spying on the South: An Odyssey Across the American Divide” (2019). In the middle of the 19th century, Frederick Law Olmsted traveled through the South on assignment for The New York Times, going undercover to understand the division that was tearing the country apart. Horwitz reprises his quest, in search of the same answers. A pub crawl with Fred across the old Confederacy, as he put it. When Horwitz began his reporting in the run-up to the 2016 election, when no one was predicting a Trump presidency, the author was filled with Olmsted’s zeal and “missionary spirit, believing that there was always room for dialogue, and great value in having it, if only to make it harder for Americans to demonize one another.” At the end of his journey, as he walked the length of Central Park — “the people’s park” that was Olmsted’s rebuke to the insular South — noting the preening supertalls now casting shadows at its southern end, his faith wavered a bit. Then he met a sixth-grader and his younger brother exploring near a bluff above the Harlem Meer. The best part of the park, the boy told him, was that he could get lost in it. “Tell Fred he did good,” the boy said, leading his brother into the woods.

Penelope Green is a Style reporter, covering home, garden and the built environment. She has been a reporter for the Home section, editor of Styles of The Times, an early iteration of Style, and a story editor at The New York Times Magazine. She lives in Manhattan. @greenpnyt • Facebook

The Trolls Are Everywhere. Now What Are We Supposed to Do?