What makes an Olympic champion: New book explores the common attributes of elite athletes – from being a younger sibling to loving the ‘agony’ of training

Just before the final of the 1500 metres at the 2004 Athens Olympics, Kelly Holmes visited the lavatory she had used prior to her heat and her semi-final.

She had also used it before the heat, semi-final and final of the 800 metres, in which she’d won gold. But now she found that the cubicle was occupied.

She waited, jogging on the spot. Her race was called again. She banged on the door, which was opened by an ‘enormous thrower’. The occupant took one look at ‘this small woman with bulging eyes who’s fired up for battle’, and ran away in terror. Holmes used the cubicle, went out for the race and won another gold medal.

It’s reassuring to learn that even sporting greats have superstitions. Indeed, a theme of Annie Vernon’s book about what makes elite athletes elite is how normal they are. 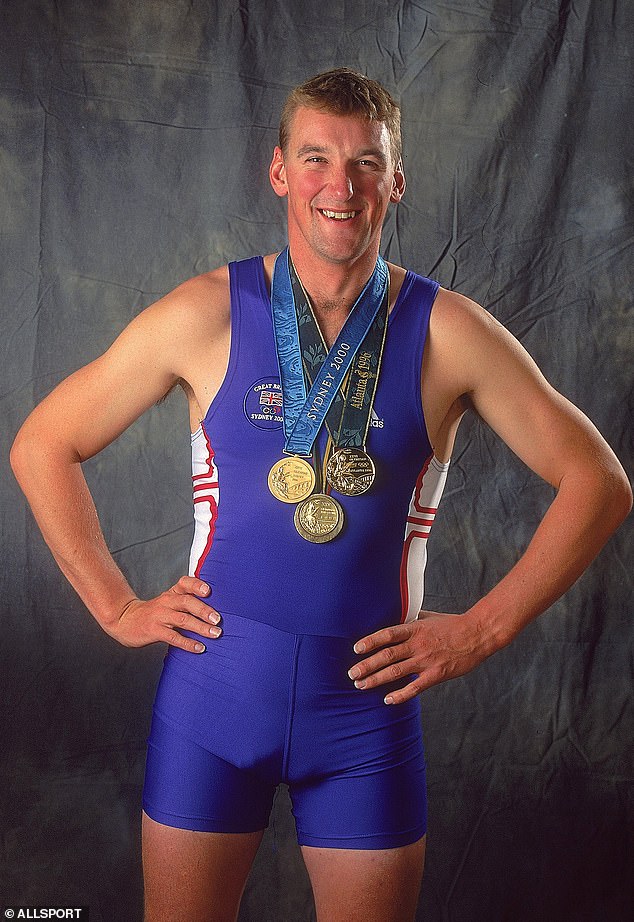 We think they’re superhuman but, deep down, they’re just like us.

Rower Matthew Pinsent (pictured) was so nervous on the way to an Olympic final that he secretly yearned for the driver to crash the car, so he could say, ‘Oh no, my thumb’s broken, you’ll have to go without me’.

And we might think athletes have a God-given instinct for their sport, but that’s simply the result of those thousands of hours of training.

As Vernon points out: ‘Knowing whether to pass a rugby ball or run into the nearest human fridge who’s wearing rugby shorts, that’s not instinct. That’s learned.’

Nevertheless, there are some factors that help to produce winners. Champions tend to be younger siblings, who always had to struggle to beat their big brother or sister. This is true of Rebecca Adlington, Victoria Pendleton, Steve Redgrave, Matthew Pinsent, David Beckham, Harry Kane, Usain Bolt, Andy Murray and countless others, including Vernon herself (a rower who won two world championships and an Olympic silver).

And athletes who come to love the agony of training are often those who succeed. Your body copes with pain by releasing endorphins, which are addictive. (This is why people get hooked on painkillers.) One of Vernon’s interviewees calls it ‘putting yourself in the pain cave’. 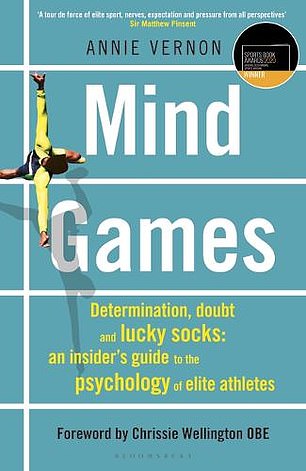 Little touches can have big results. Vernon rarely wore sunglasses on the day of a race: ‘They cut me off from reality. I aimed to stay right there, in the moment, at all times’.

A few days before boxer Anthony Joshua fought at Wembley stadium, his coach took him there, marked out a square on the turf where the ring would be and made Joshua stand in it. This was to ‘get a bit of reality so you know what you’re walking into’. Joshua won the fight.

Olympic pistol shooter Gorgs Geikie had a Russian coach whose English was poor — but this turned out to be an advantage. ‘It simplified everything, you couldn’t spend an hour talking about something because you didn’t have the vocabulary.’

This is probably a book for people who are as ceaselessly competitive as Vernon herself, a woman who says ‘we’re called the human race for a reason’.

But if that’s you, it might just help you become (in her terms) a pig rather than a chicken.

The analogy is from bacon and eggs: the chicken is involved, but the pig is committed.