This one is for the ladies.

I have a small tray decorated with two gorgeous, red-lipped glamour girls, poised for the good life in front of a lush bush of bright pink flowers. Splashed across their image is this aphorism: “I believe we have an opportunity to make some extremely poor choices.” This is one of women’s abiding truths when it comes to their love lives. “Falling in love” frequently produces the curious inclination in a woman to abdicate her sovereignty and seat a man on her own throne. But then love for women has a long history as slavery.

Sacrilege as it may be to say, “falling in love” remains criminally oversold to girls in our culture. From their earliest fairy tales, it is the Great Event. A man has always been a woman’s best excuse to avoid her destiny; that a man is her destiny is one of patriarchy’s most pernicious tenets. What a scam. And often we leap into our “poor choices” with the operatic flourish of Juliet, Madama Butterfly or Tosca — all dead by suicide at show’s end.

Yet most of us survive our grand passions — the truly great ones break you so as to remake you. These are what we will remember on our deathbeds as the moments when we were most alive. Deep eros plunges one face to face with death, here, now. But is the price we pay worth it?

Enter a new treatise on the subject. Lisa Taddeo’s “Three Women” is an excavation of three American women’s love lives. All are white and (mostly) heterosexual, and they range in age from 16 to early 40s: a highly limited, though serviceable, group. Taddeo’s subjects allowed her to observe them intimately over a number of years. She explains in an author’s note that she spent countless hours with these women in person, on the phone and over text message and email, while following their social media accounts. She read their diaries, interviewed their friends and family and relied on their memories.

Taddeo’s intent — and her publisher’s hope — is to reveal what “female desire” looks like today. Despite the glut in our society of anything and everything sexual, very little approaches the shocking, truly revolutionary, revelations in the sexual fantasies of hundreds of women that Nancy Friday collected in the 1970s. The stunning variety and lasciviousness of female perversions detailed in Friday’s anthologies knocked our madonna off her altar into the gutter — but, under threat of anarchy, our loosened whore is always, soon again, chastened.

The result of Taddeo’s investigation, however, is not a book about the vast terra infirma of female desire, but, rather, an excruciating exposé of the ongoing epidemic of female fragility and neediness in the romantic arena — a product of our insecurity, ignorance and zero self-regard. Taddeo’s sad, searing, sometimes unbearably painful tales of bad decisions, agonies and humiliations at the shrine of “love” show us that, in spite of 10 to 15 minutes here and there of truly hot sex, a woman “in love” is frequently a basket case.

The stories of Taddeo’s subjects, Sloane, Lina and Maggie, all feature the illicit — threesomes, dominance and submission, underage sex — and each includes a hefty dose of good old-fashioned adultery. Maggie Wilken’s story dominates the book and for good reason: It ended up in court. Maggie, who lives in Fargo, N.D., had a relationship for approximately one year, starting when she was 16, with Aaron Knodel, her 29-year-old high school English teacher, who was married with two young children.

Maggie confides in a letter to Knodel her big secret: She has recently lost her virginity to a military man, 15 years her senior, while vacationing in Hawaii, and found it exciting. Knodel suggests they speak. So it begins.

Hundreds of texts, covert meetings and numerous hours of late-night phone calls ensue, and for the first time in her short life Maggie feels seen, loved, “like a supermodel.” (I am not sure when being a “supermodel” became the ultimate aim for a girl, but here we are.) 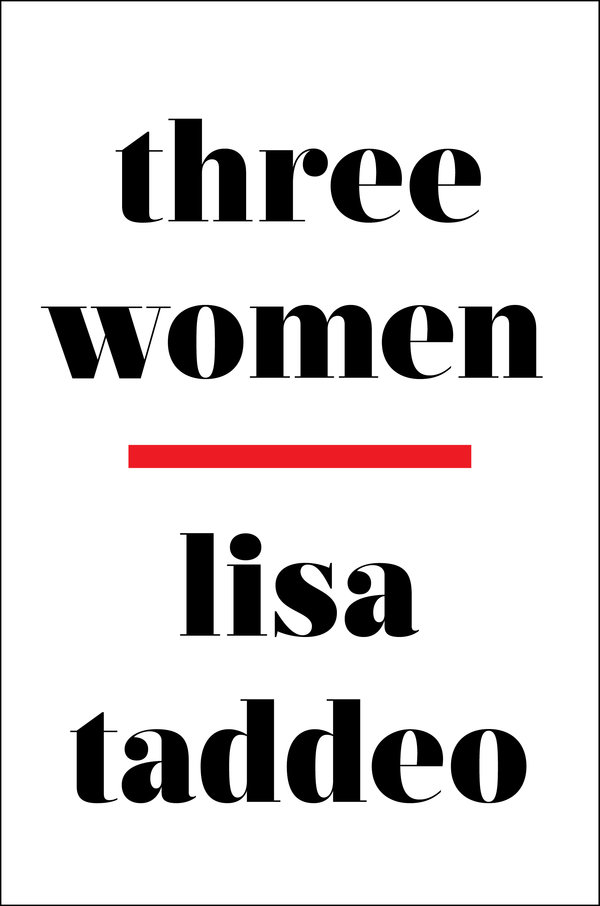 Maggie does everything she can to “preserve the relationship,” not reminding him she is underage, not mentioning his wife and kids. Soon he texts her: “I think I am falling in love with you.” He reads Maggie’s copy of “Twilight,” returning it doused in his cologne, with masses of yellow Post-it Note annotations. “I am your vampire lover,” he writes, “and you are my forbidden fruit.” She sleeps with the book.

On his 30th birthday, Maggie texts him around 7 a.m. “Happy Birthday!!!” By 8 a.m. his wife has seen the message, and the affair is over. Boom. When Knodel is named “North Dakota’s Teacher of the Year” in 2014, Maggie breaks her five years of silence and despair and tells her parents about the relationship. She goes to the police. Six months later her father slits his wrists and dies.

In court Knodel fingers a rosary and claims not to remember Maggie much during the year of their affair, but does recall that she was “needy” and had “issues.” He is acquitted on three of five charges of corrupting a minor. A mistrial is declared on the other two charges — owing to a juror’s sudden mysterious illness — alleging oral and digital penetration.

Knodel was reinstated with back pay and is currently teaching and coaching in the North Dakota public school system. Maggie, meanwhile, gains 30 pounds, survives on a cocktail of five drugs, drops out of college, plans her suicide by hanging, and waits tables. Despite everything, Maggie still loves her high school teacher. Cue Tammy Wynette.

It is Taddeo’s victory that we see Maggie’s tragedy: Knodel gave this girl the validation, the attention, that no one else ever had — or perhaps ever will. Her blessing, her curse.

This is Taddeo’s first book, but she has garnered two Pushcart Prizes for her dense, disturbing short stories about women. Here, but for a few quoted conversations, she writes her narratives in the third person, in her own dramatic, often overreaching, staccato prose. While the complex feelings of the women conveyed may well be true, the voice is categorically Taddeo’s, not theirs. Nevertheless, the result is effective and affecting. Strangely, she has elected to draw no conclusions. So here are a few of mine.

Mother Nature has heavily handicapped women. From age 15 to 50 our brains are a swamp of hormones — you know, the ones that make us the origin of the human race. A female orgasm releases a tsunami of neurochemicals, suctioning us to that fallible Joe who happens to be in the vicinity, every climax another knot in our involuntary bondage. And so we continue, despite more than 200 years of feminism culminating in Andrea Dworkin’s glorious rage, to be inept voyagers in search of “love,” repeatedly abandoning our own ship to board some dude’s dinghy. Why does the femme fatale — who wields her unyielding power with charm — in our culture have no traction as an actual role model? Where is Barbara Stanwyck when we need her?

Until women realize our pre-eminence, and act accordingly, with its inherent responsibilities, we will never get a grip on our own happiness. Might we shift our thinking, reorder our priorities and discipline our minds in our affairs with men? Can we change ourselves? If we did the world would change too.

New in Paperback: ‘Life in the Garden,’ ‘The Mere Wife’