WHAT BOOK would Booker prize winner Damon Galgut take to a desert island?

…are you reading now?

Classic Crimes by William Roughead, which is a selection of his accounts of various trials, mostly for murder and mostly in Scotland, between 1889 and 1949. Long before Netflix took over the task, sensational or inexplicable crimes were covered in prose by writers such as Roughead, though he does a far better job than most.

I’m an avid fan of tawdry real-life crime stories, with their typical mix of psychology, drama, tension and resolution; because Roughead was writing up courtroom arguments too, the language involved often has a wide range of registers, from the crude to the sophisticated. Roughead’s own language is a sly delight, providing dry, ironic distance from the darkest of deeds. 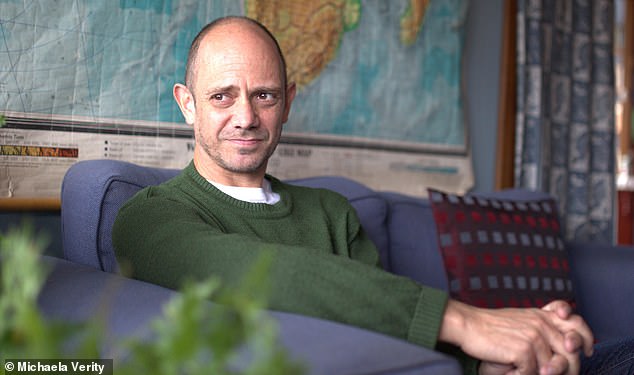 …would you take to a desert island?

It had better be a long one, with enough substance to withstand many re-readings. Proust should do it. I have consumed À La Recherche Du Temps Perdu once before, in a year-long assault with light breaks in between to read other novels, and resolved to tackle it again before I die. A desert island seems the perfect situation; what better subject for contemplation than time, considering the circumstances?

…first gave you the reading bug?

They all thrilled me back then, indiscriminately. But the first piece of writing to excite me in a visceral way was a short story, Pig, by Roald Dahl.

He wasn’t a great writer and it’s not a great story, objectively speaking, but it upset and disturbed me at just the right moment. It made me understand that writing could kick over your comfortable perceptions about the world and rattle your reality. I wanted to read other stories like it and, of course, I wanted to write them too.

The next book to have that effect was As I Lay Dying by William Faulkner, somewhere in my late teens. Faulkner was a great writer and it’s a great book.

Quite a few have. For the sake of brevity, I’ll choose Infinite Jest by David Foster Wallace. I’ve made a couple of attempts and thrown it across the room on both occasions. Come to think of it, that’s quite a hot reaction. If indifference is the true measure, then I have been consistently unmoved by Haruki Murakami.

I have tried various of his novels along the way and been mildly diverted by them, but I’ve always felt bemused and mystified at the critical fanfare.

On the other hand, I’ve always finished them, no matter how disappointed they leave me, but have never yet completed a Dickens. Not from indifference, far from it, but I always somehow run out of steam along the way.

Certainly my loss, but what can you do? Some you finish, some you don’t.