What 23,000 deaths can teach you about life: Distinguished forensic pathologist says ‘we make old age a disease rather than another step’ as he shares lessons in a new book

THE SEVEN AGES OF DEATH

It feels fitting that Dr Richard Shepherd, the distinguished forensic pathologist, should start his new book with the famous speech known as The Seven Ages Of Man from As You Like It, which dryly lists the human progress from infanthood all the way to the infantilism of extreme old age.

This in turn inspires an imaginative framework for an enlightening, strangely uplifting book subtitled A Forensic Pathologist’s Journey Through Life.

Shepherd’s first book, Unnatural Causes, was a huge bestseller, testifying (as if we needed further proof when Silent Witness begins its 24th series) to the enduring fascination of death and crime. 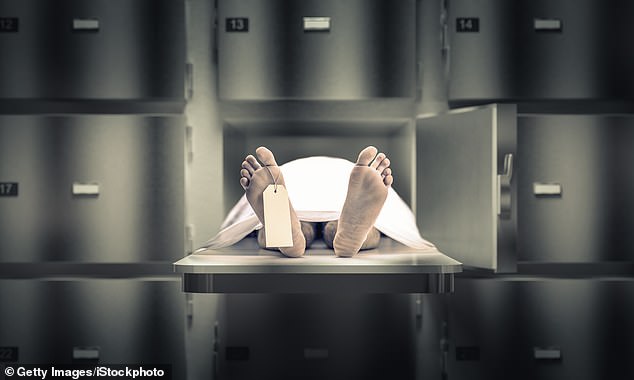 Dr Richard Shepherd, who has conducted over 23,000 post-mortems, has penned a new book describing death at seven stages (file image)

A career conducting more than 23,000 post-mortems has equipped him with the expertise which often resists the most obvious (police) conclusion about what exactly happened to the poor human on the mortuary slab. Respect is all; Shepherd knows it is his duty to discover the truth about each death he must confront at work. And that can require humility from the medical detective, when he is forced to admit, ‘I don’t know’.

Shepherd’s case histories (with names changed, of course) describe death at seven stages, from the unbearable case of a baby to an 86-year-old woman, and many others along the way.

So often things are not at all what they seem; for example, the six-month-old dead boy’s appalling nappy rash leads to suspicions of neglect, but later it’s discovered that the parents’ obsession with alternative medicine and refusal to listen to advice ultimately led to their child’s death. Did that woman strangle her own daughter? Or might it have been a terrible accident? Who or what killed the lovely teenage girl in the tent? Was that brilliant 32-year-old scientist killed by his own sexual fetish?

Then there is the famous case of Dr David Kelly, whose story takes us back to Saddam Hussein’s Iraq, the ‘dodgy dossier’ and conspiracy theories. Shepherd concludes: ‘His was a tragic case of middle-aged male suicide. The involvement of the Government and the national importance of his action does nothing to change the fact that his trajectory towards death was characteristic of a crisis many people encounter, particularly in midlife.’

As before, Shepherd introduces us to body after body, leaving us in no doubt of his humanity. For to him they are much more than ‘cases’.

He writes: ‘Every so often I have the strange feeling that I know the deceased. Not in life, of course, but through the autobiography written on their body.’ It might be unbearable to read this litany of death (with forensic detail which is sometimes hard to stomach) were it not for Shepherd’s warmth and wisdom. 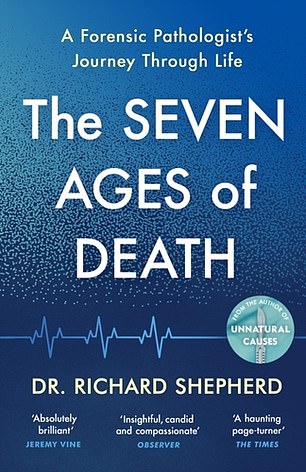 He explains: ‘I don’t share any of the fears or even repulsion which many people seem to feel at the prospect of encountering [the dead] . . . each body, whether life was ended by natural or unnatural causes, illustrates for me humanity’s great vulnerability. The dead fill me with compassion.’

The tone is pitch-perfect — and given deeper resonance by Shepherd’s moments of self-revelation. Now in his late sixties, he has been diagnosed with post-traumatic stress disorder, contemplated suicide and been treated for prostate cancer.

He now acknowledges that he is not so much a ‘baby boomer’ but straightforwardly ‘old’. His arthritis is getting worse and he’s had to face the likely consequences of all those whisky and sodas that have kept him going over the years. Join the club, Doctor.

It was clear from the shock at Covid statistics that people are unable to accept even the death of nonagenarians in care homes. At a time when the cost of social care has become one of the most pressing political issues, it is a relief (to me at least) to read Shepherd’s belief that, ‘we consider death at any age too early’ and ‘make old age a disease rather than another step in life’.

Shepherd’s final chapter on death itself — the ‘release’, the end of pain and stress and noise — is a meditation of great beauty and light which puts all the darkness of the previous pages into perspective.