Was the man who invented the movies murdered by his RIVAL? Louise Le Prince mysteriously went missing in 1888 – now Paul Fischer questions who, what and why

THE MAN WHO INVENTED MOTION PICTURES

Not every invention catches on. Photography, anaesthetics, telegraphy and electric light were here to stay, but other Victorian innovations received the cold shoulder. Author Paul Fischer mentions concrete furniture, plastic teeth and electric rays with which to carve ice. I wouldn’t mind a concrete bed for when my mother-in-law stays, with optional spikes.

A number of boffins working independently of each other in the late 1800s competed to come up with mechanisms for moving pictures, and were racing to perfect motion picture film cameras, sprockets, lenses and projectors. By 1914, Charlie Chaplin and the Keystone Cops would be transfixing audiences and the movies would become the 20thcentury’s ‘defining medium. . . The past would become available to the future’, says Fischer, even if in jerky black and white.

But it is the contention of this enthralling book that the true cinema pioneer, the one who got there first, in 1888, was a man called Louis Le Prince. 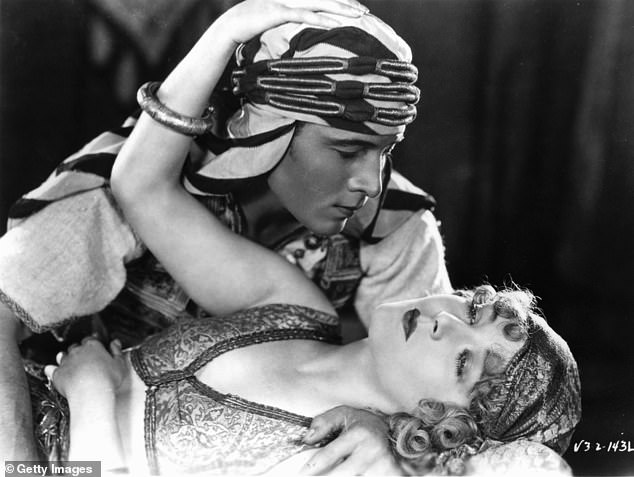 Although a Frenchman with a very Gallic moustache, Louis lived and worked in Leeds, his wife Lizzie’s hometown. He made a good career out of firing decorative images and portraits on to plates and cups — even royalty acquired his wares — but spent long days and nights in his studio, where the air was ‘sweltering and acrid’, tinkering with his hobby and chief passion, the invention of movies.

In order for a shadow to ‘walk’ on a screen, he knew there would need to be a strip of film of some sort which would flicker through the projector ‘at sufficient speed to create the illusion of motion’.

Louis spent years dickering with electromagnetic waves, gelatine emulsion and chemical baths of mercury and iodine. As Fischer says, all the nutty professor stuff in the lab sounds more like witchcraft than science and engineering. Poisonous vapours were emitted by the silver crystals embedded in the early celluloid, while the projector, 15 ft high and 12 ft wide, vibrated and often exploded. Nevertheless, undaunted, on October 14, 1888, Louis ‘made the world’s first motion picture’, a modest affair, hardly Citizen Kane, of people walking and waving in a garden in a suburb of Leeds.

Then — disaster. ‘On the brink of unveiling a machine that would change the world and make his fortune’, Louis mysteriously disappeared. His wife and children had gone ahead to settle in America, while Louis remained in his lab in Yorkshire, tying up loose ends. Progress was always stalling, funds for his experiments would run short.

In September 1890, he’d gone to visit his brother Albert in Dijon, perhaps to say farewell. He apparently caught the train back to Paris, intending to proceed to Calais and, eventually, embark on a transatlantic crossing, but he never arrived at any of these destinations. And nor was his body ever found. 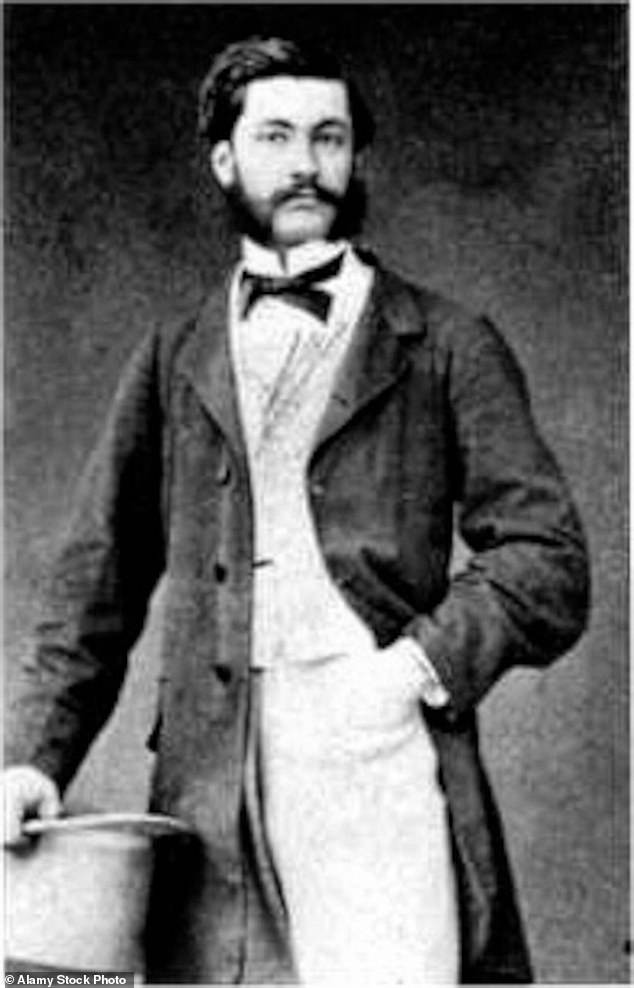 Louis (pictured) disappeared in 1888 on his way back from France after visiting his brother. Fischer tries to uncover what happened to him

‘What happened on that train?’ asks Fischer. ‘Had Louis suffered an accident or fallen victim to violence? Was he hiding? Running from something or someone?’

Enter the villain of The Man Who Invented Motion Pictures, Thomas Edison.

As the inventor of light bulbs, gramophones and so forth, Edison is usually portrayed as an American folk hero who gave the modern world its gadgets. In Fischer’s view he stands accused of theft, forgery, perjury — and murder? Was Louis done in by Edison’s hit men? We are suddenly in thriller territory.

Fischer’s Edison (I imagine him played by Jim Broadbent in the film adaptation) is irritable, curt and ‘resented being given advice’.

Worse, he never actually invented anything original. He was a pirate who ‘improved’ on other people’s brain waves. H e scoured learned journals, the scientific press and memoranda in the Patent Office ‘for innovations naive amateurs gave away free’.

With their detailed descriptions of devices and technical specifications, Edison saw this material in the public domain as ‘a roadmap for copycats’ and he was rich enough to bamboozle complainants with expensive lawyers, throttling people with litigation, ‘no matter the expense and no matter the cost’.

Telephones and electric lights were ideas Edison purloined — and now he wanted moving pictures, as he could foresee the market. Just months after Louis’s disappearance, Edison went public with ‘what looked to be the same exact invention’. He was deluged with honours.

When Lizzie Le Prince pointed out that her husband had been granted a patent in January 1888 for his mechanism ‘for producing animated pictures of natural scenery and life’, Edison’s lawyers quickly silenced her. As Louis couldn’t officially be declared dead for seven years, his patent was in limbo. A gift to Thomas Edison, who knew exactly what to take advantage of. 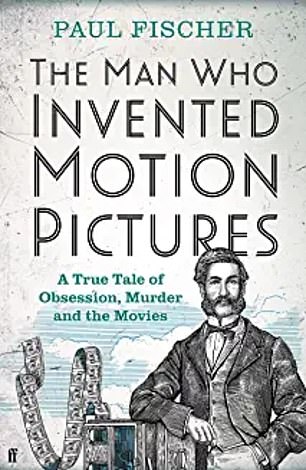 With claims and counter-claims flying about, the Le Prince family went fruitlessly to court to prove ‘the new medium was not Edison’s to exploit’, and Lizzie additionally accused Edison of being a killer. Lizzie fizzled away, ‘submerged by a wave of loneliness and despair. There seemed to be no honour or justice anywhere’. Of her two sons, one shot himself after the humiliating court case, and the other was institutionalised.

So far, so circumstantial. While I can see Edison was guilty of ‘less than entirely scrupulous behaviour’, homicide is a long shot — and though I am normally slow in these matters, I nevertheless worked it out. It was surely the brother.

Louis had gone to see Albert on September 16. Their late mother’s estate still needed to be settled and Louis was due half the value of her property which, now he was emigrating to America, he urgently needed, but Albert couldn’t raise the funds to buy his brother out.

Louis was said to have boarded the Paris train in Dijon, but we only have Albert’s word for this. It wasn’t until five weeks later that he thought to alert Lizzie in New York, who had begun ‘worrying about her husband’s lack of correspondence’. If only Edison had hurried up and invented the mobile phone.

Albert assured his sister-in-law ‘that every hospital, asylum and morgue had been inquired of between Dijon and Leeds’. They had not. He also lied about placing newspaper appeals, and though he said the Bureau de Recherches Pour Familles was hard at work, no such department in the French police ever existed.

Albert was neither investigated nor suspected, despite having motive and opportunity. His statement that Louis had caught the train was never questioned, but taken as hard fact. Despite the attempt to link the invention of cinema with a dark conspiracy, therefore, the final revelation in Fischer’s book involves nothing more dramatic than a squalid family dispute over inheritance.

Although, in his closing pages, Fischer throws in a terrifying close-up photograph of an unidentified head in the Paris morgue, the body fished out of the Seine on more or less the same date as Louis Le Prince went missing, this is a red herring. You don’t need to be Sherlock Holmes to spot the moustache is different.

Who Was Nick Before ‘Gatsby’?