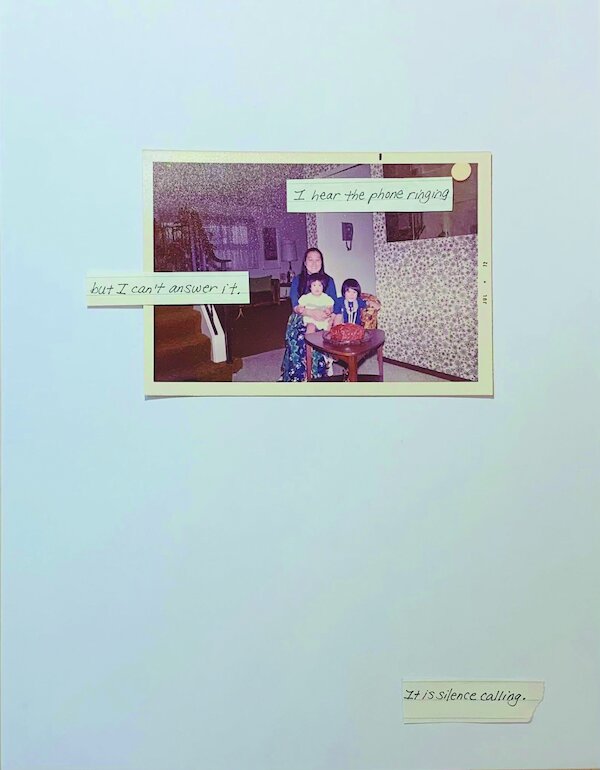 In a letter addressed to the reader in her book “Dear Memory,” the poet Victoria Chang explains why she chose the epistolary format: These letters were a way for her to “speak to the dead, the not-yet-dead.” They would steer her toward her parents, her history and, ultimately, “toward silence. Toward death.”

The book does follow these axes, each one leading to existential concerns about the impressions we leave on our loved ones and the world around us — and how the world and our loved ones, and the histories they carry, imprint on us. But the various forms Chang chooses to use in her latest book struggle to give her ruminations and memories the structure they need.

“Dear Memory” begins with a photograph of a young Chang sitting with her mother and sister. A phone hangs behind them. On top and around the photo are three lines of text handwritten on lined paper and scissored into little rectangles: “I hear the phone ringing / but I can’t answer it. / It is silence calling.” It’s followed by a letter addressed to her mother; Chang asks questions about her background, upbringing and emigration to America. The book alternates between these forms — collaged images and text.

Along with family photos, Chang shares marriage certificates, translated letters from cousins, even floor plans, though not all of these images have the same resonance. In fact, the cut-and-paste photos and documents are, in most cases, awkwardly juxtaposed with the text. There may be one clear point of connection between the image and the words — in that first collage, the phone that Chang notes is ringing is the phone hanging on the wall in the photograph — but these connections are either too literal or virtually nonexistent. Despite the intimacy of the images, they often still feel ornamental, included to imply history and depth without providing any new information or emotional ground that Chang doesn’t already explicitly cover in her letters.

New in Paperback: ‘Give Me Your Hand,’ ‘The Seas’