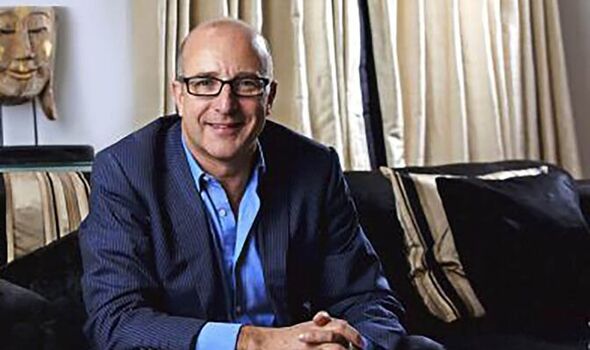 However, the reason they actually know is because somebody once told them that and it was reinforced over and over again. I ask them how they know the sky is blue and they say: “Because everybody knows.” And once again, I say it was because somebody once suggested it to you. A hypnotist is simply somebody who is good at getting people to respond to suggestions.

Scientific research shows the fundamental building blocks of our beliefs about what we think about ourselves, the world and our lives are formed in the first seven “formative” years. This is particularly true of experiences of strong emotional intensity, positive or negative.

As an ancient Greek philosopher once said: “Give me the boy until he is seven and I’ll show you the man.”

These moments create a blueprint of who we believe we are and what we can and can’t achieve in life and it’s stored in the unconscious mind.

One strong negative experience of public speaking early in life can create a belief we are not a confident speaker. On the other hand, being complimented on something early in life, winning at a competition, being praised by an inspirational figure, or turning around a problematic situation, can form a belief that we are good at that particular thing, or even that we are talented.

Two people can experience similar events and yet have completely different beliefs about themselves and life as a result, because of the way in which they have interpreted that event.

One might see themselves as “lucky” – the other, as “a victim”. One might view the cup as half full, the other as half empty. It’s these decisions and thought processes we make at these formative moments which shape our potential to achieve what we want. They act like hypnotic suggestions that create an important template of our core self.

Often, there are a number of factors that result in a core belief being formed.

As a schoolkid I was told I would never amount to anything in life and I remember feeling angry and thinking, “I’ll show you!” At any moment, you have a choice about how you interpret any given event.

Whatever hand you have been dealt by life, you always have the power to change some aspect of it – either your viewpoint, your response to the event itself, or ultimately, the circumstances or outcome.

Because the unconscious mind is not logical, but purposeful, logical arguments make no difference if its purpose is survival. No amount of logic about how safe an aeroplane is will stop a phobic feeling frightened.

As a child, I was bitten by a dog and for years I had a phobia of all dogs, no matter what size they were or how friendly they seemed. My mind produced massive fear because the purpose was protection, even if it was a tiny, friendly dog.

I once worked with an entrepreneur who found that whenever he started to get successful, he would find a way to sabotage what he was doing, no matter how hard he tried not to. It turned out that as a child he had said to his mother he wanted to be a successful businessman, and his mother replied: “You don’t want that, son, those kinds of people have heart attacks.”

Of course, genetics plays a role in who we are as well, and the debate about how much our genetics and our environment shape us is ongoing and is usually agreed to be around a 50/50 split. However, recent research by Professor Bruce Lipton, a leading US developmental biologist, has shown that we can affect our genetics through our psychology, to what extent is not known yet.

There is no doubt the scientific evidence shows that our early environment shapes us in ways that affect the rest of our lives. But what can be learned can also be unlearned. That means you can do something about it.

The past does not need to define you if you don’t want it to. Once I understood this, it led me to spend most of my life teaching people how to change the negative thought processes that stop them from fulfilling their potential, achieving something, or becoming who they want to be.

My techniques are designed to help you keep calm under pressure, have more self-control, feel motivated and optimistic, choose your responses whilst maintaining perspective and feel powerfully confident.

In other words, this system enables you to tap into a mindset, a way of thinking and behaving that I call Positivity. That doesn’t mean that you feel happy all the time even when bad things are occurring. If something terrible happens, it is normal, natural and OK to feel sad, angry or frightened, or a combination of all three, but no one wants to live in fear, anger or sadness all the time.

As you use this system, your natural emotional default setting will be one of confidence, resilience and motivation. And as you become flooded with these positive feelings, and you embrace them, it will shape every aspect of your life from work to relationships and even your perception of yourself.

The truth is that nearly half of what we do every day is a result of habits. We don’t think to ourselves, “Shall I brush my teeth this morning?” or “Shall I bother to get dressed before I leave the house?” You just do it because of the power of your habits.

I am sometimes asked: “How do you break a habit?”

The answer is that you don’t break a habit, you replace it with another habit until the new one takes hold.

This is where visualisation, hypnosis and the power of the human imagination is so powerful. Champion athletes do something called ‘mental rehearsal’ – they imagine running a race, beating an opponent and winning over and over again until it becomes second nature, so they are literally hard-wired in their mind and muscle memory to succeed.

Basketball legend Michael Jordan demonstrated this years ago when he was making a TV commercial where he had to throw the ball near to the basket but miss the shot for comedic purposes. However, he had to take the shot seven times, because he kept getting the ball in by accident. He’s hard-wired to succeed.

When suggestions are made at a particular time in our formative years by an authority figure or at a moment of emotional intensity, they can shape thought processes that define our lives.

Those beliefs drive our thinking, feelings, habits and behaviours. So one of the objectives of my system is to help you understand the positive and negative suggestions which affect you all day long – not just suggestions from others, or those learned earlier in life, but also the suggestions we give to ourselves on a daily basis.

How amazing would it be if you could easily change any beliefs that have held you back, sabotaged you, or if you could improve your positive beliefs about yourself? Human beings give themselves suggestions every day in the form of an internal dialogue, a kind of self-hypnosis.

We criticise the way we look or tell ourselves we really must do this or that and we do it without stopping to really notice if the suggestions are helpful or not. Many of us critique and analyse what others say to us, but we don’t question our own internal voice.

One of the main benefits to my system is to give you the power to literally become your own self-hypnotist, so you can do more than just give yourself positive suggestions, you can use the power of your creative imagination to liberate yourself from negative mindsets that hold you back, to solve problems and create a better future.

Leïla Slimani Has Written About a Sex Addict and a Murderous Nanny. Next Up: Her Own Family.

Roll back the years with rumba