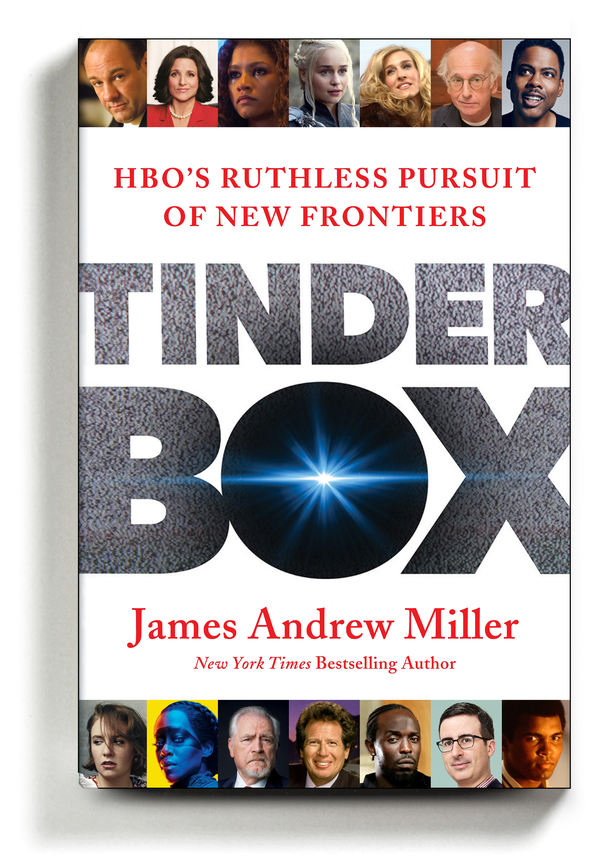 The people who created HBO made something they’re proud of. They’re glad to have been there, to have had a piece of it, in the early, freewheeling decades. Most know they’ll never have it so good again.

HBO went live on Nov. 8, 1972, broadcasting to a few hundred houses in Wilkes-Barre, Pa. The first thing you saw on the screen (cue screaming from future Time Warner shareholders) was Jerry Levin, sitting on a sofa. He welcomed viewers, then kicked it over to a hockey game from Madison Square Garden, which was followed by Paul Newman in “Sometimes a Great Notion.”

Levin was an ambitious young lawyer who had been brought in by a cable company, Sterling Communications, to run HBO’s start-up programming. “Tinderbox” explains how Sterling eventually ran wires to all those buildings in Manhattan and elsewhere, sometimes via sublegal methods.

Levin, of course, would become the architect of the most ill-judged merger in media history. At the height of the dot-com bubble in 2000, he tried to combine Time Warner, of which HBO was a subsidiary, with Steve Case’s already sinking AOL. In the ruinous wake, Levin resembled the proverbial hedgehog, the one who climbs off the hairbrush while sheepishly muttering, “We all make mistakes.”

If you’re going to read “Tinderbox,” prepare for a landslide of corporate history. Students of power will find much to interest them. HBO had many stepparents over the years. Following these deals is complicated, like following the lyrics to “There Was an Old Lady Who Swallowed a Fly.”

Lifting the veil of secrecy: What’s life really like for Saudi women?