Each of us possesses three lives, Gabriel García Márquez told his biographer Gerald Martin: a public life, a private life and a secret life.

Imagine a biography that only charted the secret life. The journalist Lisa Taddeo has produced something of the sort in “Three Women,” a vexed, nearly decade-long investigation into the sex lives and desires of three American women: Maggie, a North Dakota teenager in a clandestine relationship with her English teacher; Lina, a married homemaker in Indiana having an affair with her high school boyfriend; and lovely, aloof Sloane, from Newport, R.I., whose husband likes watching her with other men.

Taddeo spent “thousands of hours” with the women, crisscrossing the country six times, moving to their towns for years on end. She even tailed Lina on assignations with her married lover: “After they left, I would go to exactly where they’d been to take in the scenery and the smells and the sounds.”

“Three Women” arrives on gusts of fulsome blurbs and comparisons, by its publisher, to the works of J. Anthony Lukas, Katherine Boo and Adrian Nicole LeBlanc, giants of narrative journalism. It’s a pity. To unfairly and unnecessarily elevate this book gives it so far to fall. What we have instead is something much more modest — an immersive look at a particular story of female sexuality, albeit refracted three ways. It’s florid and sometimes inexcusably clumsy but also bracing, bleak and full of nagging questions about why it remains so difficult for some women to access their secret lives, to name — let alone pursue — their desires.

“X,” Susan Sontag calls it in her journal — “the scourge” — her despised agreeableness and passivity.

Taddeo’s subjects are all white, young and (mostly) heterosexual — selected, she says utterly straight-faced, for their “relatability.” What’s clear is that the origins of the book are, in fact, personal. There’s one particular seam Taddeo traces through each life, of docility and faintly flickering defiance — echoes of her mother’s story.

“Sometimes it seemed that she didn’t have any desires of her own,” she writes. “Her sexuality was merely a trail in the woods, the unmarked kind that is made by boots trampling tall grass. And the boots belonged to my father.” When newly widowed, however, that same, silent woman approached Taddeo, asking for help using the computer. “I want to see about a man,” she said. “A man I knew before your father.” 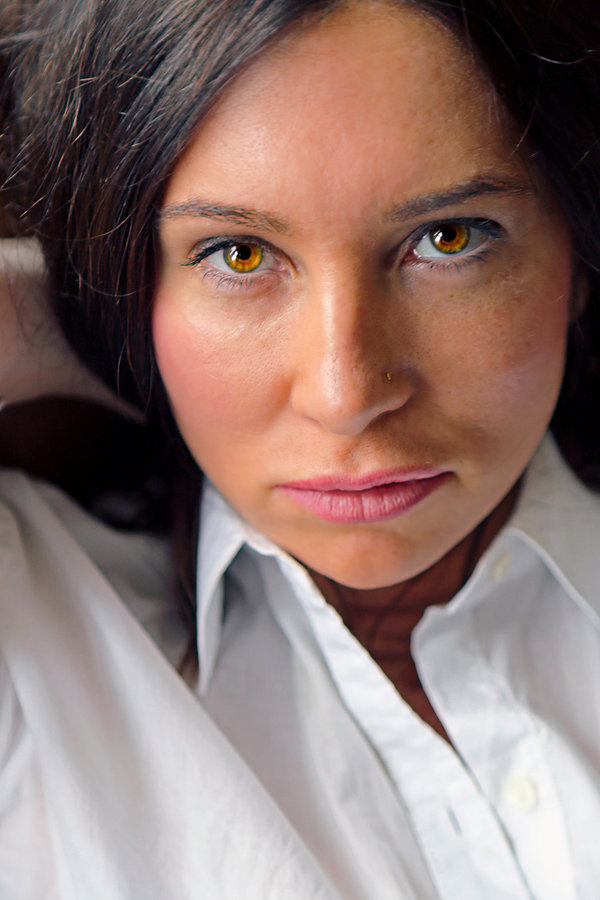 In these stories, desire is desolation, with roots in trauma. All three women have been punished by men and shamed by other women. Their sexual lives are dictated by their husbands and lovers — Maggie abides by the rules established by her controlling teacher, and Sloane sleeps with the men her husband chooses for her even when she doesn’t much care for them. Lina has sought to take charge of her life, separating from a man who refused to kiss her and whose idea of foreplay was to drum his fingers on her arm and ask, “Feel like doin’ it?” She takes up with an ex-boyfriend — and a novel set of humiliations.

“The truth is — Lina knows it in clear moments on clear days — he thinks of her only when it’s convenient and when he’s drunk and when he’s bored and when there is a perfect storm of possibility,” Taddeo writes. “When he can see her easily and not risk being caught or being in trouble with work or wasting too much gas. But even then, he won’t mind if he doesn’t. Even then he can take it or leave it.” She accepts the terms without much rancor, amazed to find her needs met at all. The other women are more lost; their notion of what they need has become inextricably tangled up with what they have been taught to want and learned to tolerate.

Is it apparent what Taddeo herself wants for this book? She has said she intended to take the pulse of American sexuality, updating Gay Talese’s 1980 study of the sexual revolution, “Thy Neighbor’s Wife,” from a female perspective. But this is not a book interested in capturing a zeitgeist — there is no mention of #MeToo, gender roles or the wider world at all. The focus stays trained on the women — their childhoods, their relationships with men and their mothers — bookended by sections in which the author expresses vague hopes of kindling empathy in her readers.

Her intentions partly feel wobbly because the language of the book is so inconsistent, full of odd homilies — an assembly line of truly terrible metaphors. I was awe-struck by their number, dottiness, incomprehensibility. How does a big oven resemble, as Taddeo writes, “a new marriage”? How can wine taste like “cool sneezes”? What, in fact, are “cool sneezes”? Have you ever met a man who “exudes the pale sweetness of a cashew”? Or found, that when he turns friendly, he resembles “a gleaming, avuncular oyster”? These are not the worst offenders. They are, in the interest of space, the shortest ones. The most grievous is a paragraph-long comparison of a certain kind of narrative of passion to riding a bicycle backward into another dimension (a dimension to which I would have occasionally liked to consign this book).

These are not merely cosmetic flaws, or matters of taste. To see language treated so shabbily shakes the reader’s confidence; if a writer can’t work her way around a sentence or land a metaphor, what assurance have we that she can parse her subjects’ traumas, their complex, sometimes inchoate yearnings?

The faux-literary language seems larded on to distract from the book’s essential pessimism about power and conflict between men and women. That harshness, however, is a great strength of the book. The boldness in “Three Women” — and its missteps — are both born of the risks Taddeo takes; she is a writer who knows “there’s nothing safer than wanting nothing.”

Game of Thrones: PROOF Jon Snow will kill White Walkers in ASOIAF books instead of Arya?