RACELESS
In Search of Family, Identity, and the Truth About Where I Belong
By Georgina Lawton

SURVIVING THE WHITE GAZE
A Memoir
By Rebecca Carroll

For most of us, racial identity is a combination of inheritance (you are what your parents are) and influence (you’re a product of where and how you were raised). But what if you are raised by people who didn’t look like you, in communities where you were the only one, steeped in a culture whose power was amassed through your oppression?

In a pair of new memoirs — “Surviving the White Gaze,” by the American cultural critic Rebecca Carroll, and “Raceless: In Search of Family, Identity, and the Truth About Where I Belong,” by the British journalist Georgina Lawton — two women recount growing up as Black girls with white parents who loved them deeply but failed them miserably by not seeing and celebrating them for who they were. 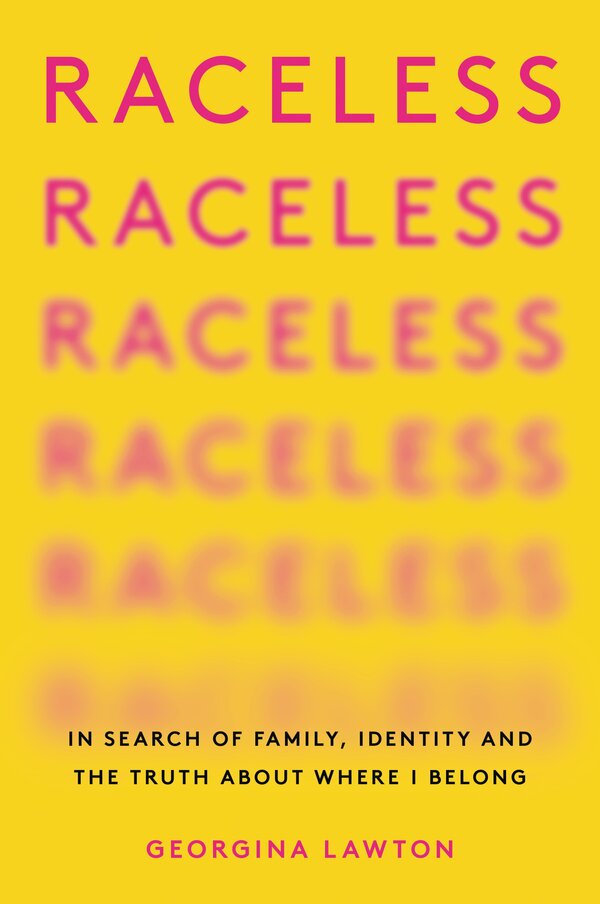 Lawton is mixed race, the product of a one-night stand her white mother had with a Black man. When Lawton was born in a London hospital, it was the midwife who provided the cover story to explain how her two very white parents could have produced a clearly brown-skinned daughter. It must be “a throwback gene from a distant lineage, a link to a faraway, forgotten land.” (Lawton’s mother is originally from the west coast of Ireland, where ships from the Spanish Armada wrecked in the 16th century, “darkening the gene pool of West Clare as a result, or so it was said.”)

Maintaining the fiction of her genealogy was easier for Lawton’s family than acknowledging Lawton’s Blackness, but it consequently turned that Blackness into something “taboo and definitely not up for discussion.”

For her part, Lawton went along with the story because she loved her father. But as she notes: “Ideas from our parents about who we are form the backbone of our identities, the bedrock to personal truths that we can recite and remember like prayers from church or poems from school.” And hers was rooted in a denial of how the rest of the world saw her. “Race was dogged in its desperate pursuit of me,” she writes. “And as much as I tried to brush it off, as much as I tried to believe what I was told, race attached itself to me, a little more, year on year.” This dissonance, a “dull roar in the background” of her childhood, grew into “a persistent buzz” at the back of her brain by the time she was a teenager.

Shortly after her father died of cancer in 2015, Lawton learned through DNA testing that she wasn’t his biological child. In fact, she was 43 percent Nigerian. The revelation inspires Lawton to live in Black communities in Brooklyn, Nicaragua, the Dominican Republic and Cuba, only to bump up against the same European beauty standards that she tried and failed to adhere to growing up in her white English village.

Lawton’s discussion of racial passing, transracial adoption, mixed-race identity and the health implications of being misidentified are freshly fascinating. She is a particularly astute observer of the psychological dislocation caused by growing up mixed race in a white family who never acknowledged her racial identity, and she writes beautifully about questions of identity and belonging, so central to each of us in finding our particular place in the world. When it comes to reconciling her newly embraced Black consciousness with the racial attitudes of her white family and friends, however, Lawton sidesteps the possibility of hurting them by saying only “we’ve come a long way.”

Rebecca Carroll, on the other hand, is not afraid to hurt people’s feelings. She’s been keeping the receipts for the last five decades, and with her gorgeous and powerful memoir, “Surviving the White Gaze,” she cashes them in.

Carroll knew the story of her adoption for as long as she could remember. Her birth mother, a white woman named Tess, was her adoptive father’s high school student. When Tess became pregnant with Carroll by her boyfriend, an older Black man who lived in Boston, Carroll’s parents, artists committed to zero-population growth, offered to raise the baby.

Carroll grew up in a New Hampshire town of 1,400, where she was the only Black resident. In addition to being an art teacher, her adoptive father was a naturalist who justified a rural life because he needed to be close to nature. Carroll’s need for affiliation with other Black people was at odds with a family culture that was “free of rules and religion, rich with art and laughter no matter how little money they had, each person an individual of his or her own making.”

In nuanced and richly textured scenes, Carroll reminds us how identity, particularly racial identity, is forged in a thousand different moments. At age 6, she meets a Black person for the first time, a ballet teacher in a neighboring city. When her adoptive mother asks if it’s nice to have a teacher who is Black, Carroll wonders why she is mentioning it, if she and the teacher could be related. Carroll’s deracination has left her unable to understand the significance of the encounter. Not long after, she writes her first essay: My name is Rebecca Anne Carroll. I am a Black child, in a poignant attempt to explain herself to herself, since no one else was bothering to.

Growing up, Carroll absorbs conflicting messages about Blackness. A teacher in elementary school comments that she’s pretty “for a Black girl,” since they’re “usually very ugly,” the teacher adds. Carroll recalls an image in her textbook of female slaves with “caricatured lips and tar-black skin and messed-up hair” and wonders if her teacher is right. But rooming with some Black girls during a high school trip “felt like moving out of my brain and into my body.” Later, in college, a Black classmate greases Carroll’s scalp. “It felt so immediately ritualistic, like a necessary chore and an act of love.”

It is Tess, Carroll’s birth mother, whom she starts visiting at the age of 11, who proves to be the greatest threat to Carroll’s evolving racial identity. Although she often appropriates a Black vernacular herself, Tess accuses Carroll of being inauthentic when she peppers her own conversation with “girl” and “fine.” Tess shares some photos of Carroll’s birth father, providing the physical proof of her Black identity. Then Tess suggests that he might have other children because “Black men are often out here having kids with a lot of different women,” a comment that “suddenly lessened him to a faceless, stereotypical Black man in America.”

Carroll writes with the urgency and persuasiveness of someone whose life is hanging in the balance, and the result is raw and affecting. Carroll suffers tremendously from Tess’s manipulations, but she ends up with a loving family and a successful career writing about race and culture.

One day when her son is 4 years old, he spots a picture of Carroll when she was 4 and mistakes it for himself. “In the sound of his small, sweet voice, I heard what I’d been waiting to hear my entire life,” Carrol writes, “this boy, with his tiny brown fingers grasping the handle of his little cart, eyes deep brown and bright, loose curls reaching up and around his tender, curious face — this boy saw himself in me.”