The truth about Prince charming: From Cinderella to Frozen, how fairy tales reflect the way women’s lives have transformed since 1950

Disney’s 1950 adaptation of Cinderella was a smash hit which rescued the studio from bankruptcy. In 2013, it released another princess film, Frozen, which became the highest-grossing animated movie of all time.

The differences between these stories, Carol Dyhouse argues in this social history, demonstrate the transformation of British women’s lives in those 63 years.

Cinderella’s rag-to-riches tale resonated with women struggling with post-war austerity as it suggested that all they need do was marry and — bibbidi bobbidi boo! — they would live happily ever after. 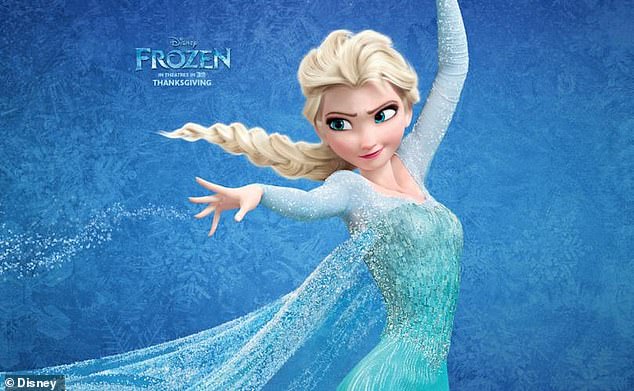 Carol Dyhouse takes a look at the social history surrounding different fairy tales. Pictured is Frozen which was released in 2013

For young women, marriage was the most viable ‘career’ option.

A 1956 survey, in which schoolgirls were asked about their aspirations, showed the majority planned to marry and have children as soon as possible but, shockingly, over a third fantasised about their future husbands dying young. After a man had facilitated financial security and fathered children ‘the girls could imagine little use for him’.

Married life was often more pumpkin than horse-drawn carriage. Many women felt that by marrying early they had wasted their youth. Depictions of discontented housewives proliferated in medical journals alongside adverts encouraging doctors to prescribe them mood-altering drugs.

In the decades that followed, however, women’s lives were changed forever, not by the wave of a fairy godmother’s wand but by the advent of legal abortions, expanded educational opportunities and the contraceptive pill. 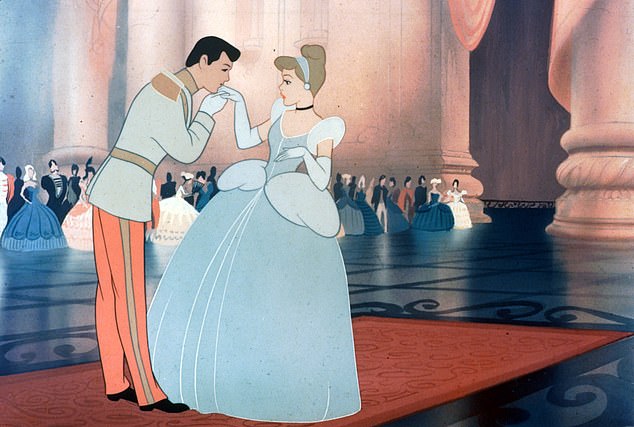 Dyhouse describes how the transformation of British women’s lives is reflected in fairy tales. Pictured is Cinderella which was released in 1950

In the 1970s, the trend for young marriage dramatically reversed. By the 1990s, most girls wanted to stay in school to improve their job prospects.

But the Cinderella concept of romance was difficult to shake off. Phenomena such as Sex And The City and Bridget Jones showed women struggling with the seemingly competing demands of work and relationships. 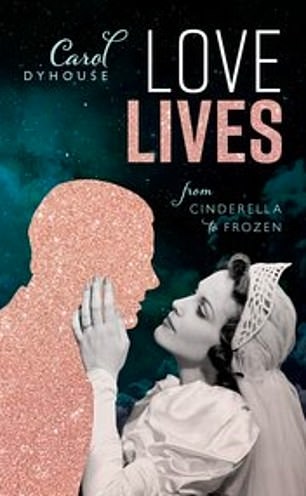 There still remained a huge market for ‘princess culture’: after the introduction of a Princess line, global revenue for Disney Consumer Products went from $300 million in 2001 to $3 billion in 2006.

But Disney princesses, says Dyhouse, ‘are more personable and have more about them these days’. In 2009, The Princess And The Frog featured the first African-American Disney princess who, rather than hoping to meet a dashing prince, longed to open her own restaurant. And in Frozen, Elsa is saved not by true love’s kiss but, refreshingly, by her sister, Anna, who puts herself between Elsa and the evil Prince Hans’s sword. The ‘belief in a happy ending, with the simple discovery of one’s True Love, dies hard’.

Dyhouse is professor of History at the University of Sussex and this is certainly an academic text. Her argument is most compelling when she discusses the reflection and stimulation of societal changes through films but, sadly, few are mentioned.

One she does include is the 1990 hit Pretty Woman, starring Julia Roberts and Richard Gere. Although sex worker Vivian has gumption, she’s still saved by a wealthy man. I mentioned this idea to a well-educated female friend. ‘Women shouldn’t need to be rescued,’ she said. ‘But I do think I’d be a prostitute if it meant I’d end up with Gere.’

If any sentiment sums up the contradictions of modern womanhood, it might just be this.

Beneath Her Decorous Demeanor, ‘Lady Bird Johnson’ Was a Political Force

New in Paperback: ‘Crudo’ and ‘How Long ’til Black Future Month?’